When the government announced a series of tax incentives for the agriculture sector last year, there was applause from the private sector because it hoped to boost agricultural production. However, so far the implementation of the move remains murky and there are unresolved issues among taxpayers.

One of the government’s stated tax incentives is the exemption of value-added tax (VAT) to  enterprises importing or supplying various fertilisers, crop seedlings, animal medicines, animal feed, agriculture equipment and machinery. It also applies to those supplying unprocessed agriculture products. This exemption has been absorbed by the government.

In addition, there was to be no VAT for enterprises engaged in producing, supplying or exporting unmilled (paddy) rice, processed rice, corn, beans, pepper, cashew nuts, cassava, or rubber from March 2019 until the end of 2023.

Prime Minister Hun Sen announced in April that dropping VAT charges on exports of agricultural products – including milled rice, corn, cassava, and pepper – would enhance the competitiveness of the agriculture and export sectors.

In addition to those enterprises engaged in producing, supplying or exporting paddy rice, milled rice, corn, beans, pepper, cashew nuts, cassava, or rubber were eligible for exemption of profit tax prepayments for five years, starting from January 2019 to the end of 2023.

Another government tax incentive is the minimum tax. It applies to enterprises engaged in producing, supplying or exporting paddy rice, milled rice, corn, beans, pepper, cashew nuts, cassava or rubber. To be eligible, for the minimum tax, enterprises must have proper accounting standards and show full compliance with inspectors. Producers of the above are are exempted from this tax from 2019-2023.

What is known as the withholding tax service is also exempted for enterprises engaged in producing, supplying or exporting paddy rice, milled rice, corn, beans, pepper, cashew nuts, cassava, or rubber from March 2019 until the end of 2023.

However, to receive the withholding tax exemption, enterprises must fulfill three conditions.

First, they have to apply for a VAT certificate to state that it is the state’s burden from the general department of taxation (GDT) with a validity of one-year, attached with the monthly VAT declaration and a declaration that the proper accounting standards have been upheld.

The government also exempted tax on profits for small and medium enterprises (SMEs) in what is regarded as the priority sector in agricultural products from October 2018. The concerned enterprises must use at least 60 percent of local raw materials, increase the number of employees by 20 per cent or be located in the SME Cluster zone. The exemption applies to  the monthly 1 per cent of pre-payment of tax on income and the annual minimum tax.

According to the General Department of Taxation (GDT), those applying for income tax, prepayment of income tax and minimum tax exemption must present their memorandum and articles of associations, business licences – including the certificate of commercial registration – certificate of tax registration and patent card, business plan and financial statements, goods and services contracts, employment contracts and employee training plan, as well as rental agreement and property title certificate.

The GDT says that firms who want to be eligible for tax deductions must submit the memorandum and articles of association, business licenses, business plan and financial statements, goods and services contracts and employee training plan.

Secretary-General of the Cambodia Rice Federation (CRF) Lun Yeng,  says that the majority of the rice-exporting companies have applied for the tax incentives from the government and they have a proper accounting system. However, some small rice millers have yet to meet the proper accounting standards. Therefore, at present, the CRF is working with Banhji Fintech Co Ltd, a local company providing accounting solutions tailored to Cambodian SMEs, to help 20 small rice millers to prepare proper accounts, Lun adds. “All enterprises must apply to the GDT in the capital or provinces to receive the tax incentives and the CRF must also facilitate this task,” he says.

General Manager of Signatures of Asia Chan Pich, one of leading rice exporters in Cambodia, says that his firm has applied to the GDT to be eligible for the tax incentives from the government.

Chan says that the competition with neighbouring countries in the rice sector is challenging in terms of pricing and productivity. However, the government’s tax incentives – the withholding tax, VAT and tax on income – will help the rice millers, and encourage them to register legally as well as boosting their productivity and competitiveness.

Chan adds that the information on the tax incentives has spread to almost all the members of the rice sector.

However, Vice-President of Cambodia Chamber of Commerce Lim Heng says that until now, there is no clear guideline for the private sector on the income tax, prepayment of income tax and minimum tax exemption from the government. 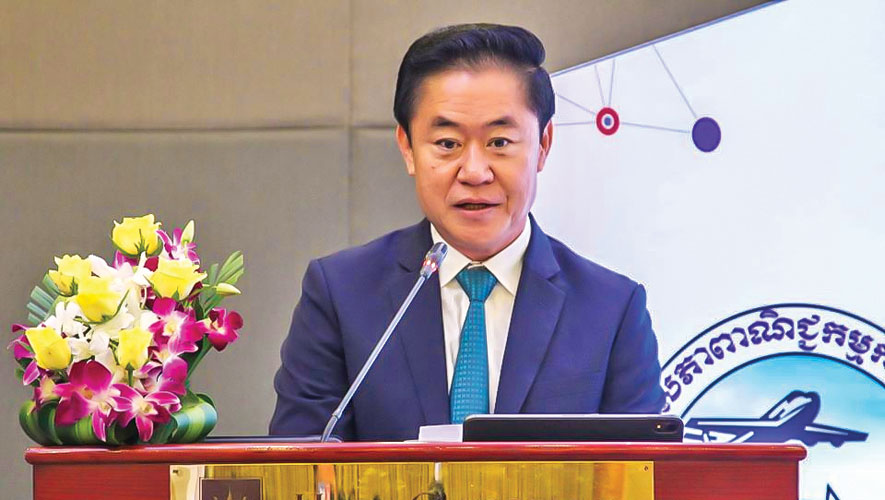 He says that government offered the tax exemption to the private sector, particularly in the agriculture sector, to boost competitiveness. However, the government is asking companies to provide proper and clear accounting standards that are audited by independent qualified firms – which is a challenge for taxpayers, especially family-owned businesses.

Lim says that more than 90 per cent of enterprises will be punished if they are found to have no proper accounting system regarding the tax audit. “To be eligible for the tax incentive, enterprises must hold to the accounting standard, but the majority of them do not have the proper accounting systems and when the GDT (General Department of Taxations) is coming to audit, they could be punished afterwards,” Lim says. He adds that if they get punished they will not eligible to receive tax incentives.

“We are discussing with the Deputy Prime Minister and the Minister of Economy and Finance Aun Pornmonirath to find a way out,” Lim adds. “After auditing, if it is discovered a company has not complied with tax requirements, they will not be eligible for the government’s tax incentives – the minimum tax, withholding taxes for exports and income tax,” Mr Lim said.

“We are not clear about this job. We cannot implement the tax incentive so far. The rice industry is also in discussion in this task to manage the financial report. Now, the tax authorities ask the private companies to pay the 1 per cent withholding taxes, while they have not yet done the auditing from the independent audit firm,” Lim pointed out. He says that when they have the auditing statement from an independent audit firm, the GDT will cut the cost. We are discussing this,” he added.

“Before we had the withholding tax of 1 per cent for exports, but since there was the directive issued for the exemption from the government, we have not paid it. However, GDT officials affirmed that if there is no authorised letter from the audit firm with the proper accounting system, the GDT will ask for payment of the withholding tax otherwise the relevant company is punished,” Lim says.

“We have yet implemented it fully because it is under discussion,” Mr Lim adds. “Mostly Cambodia has a lot of family-owned businesses and they have difficulties inviting an independent audit firm to carry out auditing for them every month, so if the GDT audits every two years, there is a problem,” he adds.

Mr Lim adds that taxation officials say that if a company does not pay withholding tax and lacks proper accounting, when there is the audit from the GDT, they would be fined from the date they have not paid it. “Now we are not clear,” he adds.

“We want the GDT to audit yearly, but they do not have enough officials to do that because there are so many firms, yet they ask the company to submit the forms to the GDT to audit. However, if 1,000 companies apply, will they have the office space to work?” Lim asks.

“Now the GDT is working with the rice sector and will apply the same mechanism to the other six agricultural products,” he says. “If there is no audit, we are afraid that the 1 per cent is a punishable burden,” Lim added.

Chour Chheng, director of Ky Siv Chheng Protein Food Enterprise, a local producer of dried meat, fruits and jams, says that his enterprise has not obliged to pay the tax because his annual turnover is less than $60,000 per year. “I have never paid the tax because our profit is low by taxation law,” he adds.

Mr Chour says because the annual turnover is low, he cannot register his company fully to obtain a patent from the GDT. “I got the audit from GDT, but I am not asked to pay the tax because my company is small and turnover is low,” he adds.

Chan says that government has put its effort toward help the rice sector from year to year. However, to make it better and increase competitiveness, the government should consider the electricity tariffs, transportation fees and interest rates to reduce costs to the rice millers, so that they can afford to collect and take the paddy to the warehouses,” Chan points out.

He adds that for indirect support the government should subsidise and offer financial support or attract other companies to invest in processing products besides rice, such as pericarp – the ripened ovary wall that surrounds the kernel – for animal feed. “If we can process or use these products, it can also boost competitiveness and add value to rice millers’ by-products,” he argues.

AmCham to play a bigger role for businesses in 2020

Much scope to develop to catch up with regional rivals