Superfluous, might be the word to describe the number of financial institutions in Cambodia where growth has been unwavering.

In an open market economy, this might be perfectly normal but the pie slices are starting to thin. Profit margins are narrowing while the return on assets is slipping.

Three years ago, the minimum capital requirement for commercial banks doubled to $75 million after the last revision in 2008. Specialised banks’ capital requirement jumped to $15 million (from $7.5 million) while microfinance institutions (MFIs) had to shore up $1.5 million compared to $62,500 previously.

Logically, this would have prompted the sector to consider merging to lower its risks but nothing like that happened. If anything, the banking sector defiantly snubs the idea, ignoring the option.

“Consolidation is difficult (in Cambodia). I have been watching this market. Mergers have never happened (and) will never happen,” Yuanta Securities (Cambodia) Plc managing director KT Han flatly says.

Even so, a thin veil of anxiety covers the industry as it crowds up with more bank entries but players stay focussed on strengthening customer service and new revenue streams, to hold sway.

“It is like (an) orange, cut into many slices. The market size remains the same but (with) more players (to share it with),” says In Channy, Acleda Bank Plc president and managing director.

Although worried it could lose some business to new stakeholders, Acleda still owns the largest market share three years straight.

As of December 31, 2018, a total of 43 commercial banks, 14 specialised banks, 80 MFIs including seven microfinance deposit-taking institutions, and 15 leasing companies were registered.

The rise in the number of banks has been gradual. Data from National Bank of Cambodia (NBC) in 2017 shows that commercial bank figures climbed 10.26 percent from 39 in 2017, specialised banks totalled 15, and MFIs grew from 76 centres in that same period.

The banking sector alone represented 20 percent or about $4 billion of the total foreign direct investment in 2017, having grown 32 percent year-on-year on the back of higher minimum capital requirement.

That year, the foreign capital inflow was the largest contribution followed by the garment sector, agriculture, hydropower and hotel.

However, the growth in the sector has resulted in stiff competition, a boon to consumers but to the detriment of banks, and their profitability.

“We thought many times in the past there would be consolidation due to many reasons including raised minimum required capital which NBC has done almost every four years.

“We figured small banks would teeter, unable to meet the requirement and subsequently merge but such mergers never really happened in Cambodia as they know the market, and price. Expectations are also different,” says Han.

In fact, they rather downgrade their licence to meet the capital requirement from specialised bank than merge.

“The banks believe they are better than the other, and if they merge, one has to have control over the other, and likewise the other bank thinks, ‘I am better and my price has to be higher in order to compete’,” he adds.

Central bank assistant governor and director-general Chea Serey says while there are many banks in Cambodia, only a few banks have “highest capital”, and lead the market share. The rests are only focussing on their potential clients and investors. In addition, banks met the raised capital requirement policy without the need to merge or acquire.

“Thus, the (current) situation reflects that there is not yet an overbanked (industry),” she adds. 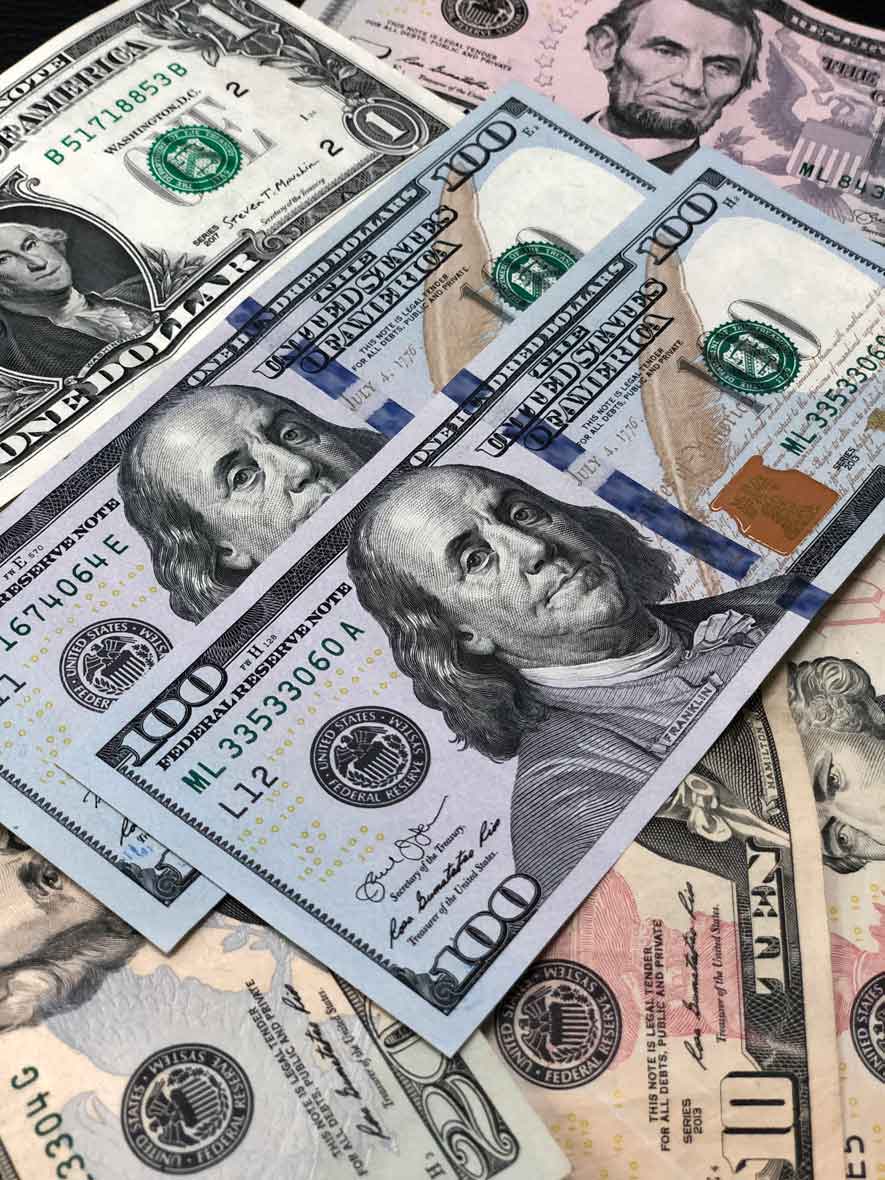 Yuanta research department head Sim Dara tells Capital Cambodia that there has been a gradual decrease in the ratio of non-interest income to total revenue over the last five years.

The drop to 12.8 percent in 2017 as opposed to 15.8 percent in 2013 seems as if banks are competing more on service fees than interest rates as they might already be low, leaving little room for competition.

There are several factors causing the dip in interest rates including a slowdown in economic growth, rising competition, and operational efficiency increase due to economies of scale, average loan size growth, and financial technology.

In actual fact, net interest margin and net interest spread has been narrowing since 2006 with average interest rate for commercial banks below or around 10 percent from what was 15 percent because foreign banks have parent companies that have the capability to lend money cheaper.

Overall, the borrowing costs for commercial banks have dropped to four percent from eight to nine percent due to competition. The lending rate has also fallen to seven percent, so margin that used to be eight percent is about three to four percent.

On the bright side, banks’ average lending rate for dollars has remained stable from 2013 to 2017, fluctuating between 11.4 percent and 11.8 percent at a one-year weighted average. But the average lending rate in the riel inched down to 14.5 percent in 2017 from 17.3 percent a year ago, likely caused by banks rushing to meet NBC’s requirement of 10 percent loan portfolio in riel.

Since 2017, four new commercial banks emerged in Cambodia including ex-MFI Prince Finance Plc which upgraded itself to a commercial bank in 2018, France-based Bred Bank, and Mizuho Bank Ltd from Japan. The growth is simple enough to understand.

Here’s why. It has become common knowledge that Cambodia has a high percentage of unbanked population. As of 2017, the World Bank says only 22 percent of the population aged 15 years and above has a bank account.

This low level of financial inclusion suggests ample potential growth, Dara says, adding that the dollarised economy makes the Kingdom unique compared to other fast-growing economies, in that the level of dollarisation is so high.

“The US dollar is used alongside the local currency. Most of the transactions are carried out in dollar while more than 80 percent of deposits are in dollar. For this reason, foreign investors’ investment in dollar is not subject to local currency risk,” he says.

The Kingdom is extremely friendly to investors. According to the Cambodian investment law, investors need not enter into joint ventures with local partners, enabling fully foreign-owned entities.

Foreign investors are also allowed free flow of capital repatriation with no worry of foreign exchange loss as they can do business in US dollar, says Channy.

Profit tax is capped at 20 percent, and Cambodia has a strategic partnership with China – it is a cushion for economic stability, and that makes it a centre with accessibility to Asean and global market.

“Banks like to invest here because of the profit margin and a rapidly expanding market. Current return on assets is two percent, and return on equity (which) is around 18 percent of banks is still higher than developed and emerging nations,” Serey says.

She adds that there is a lot of room for the banking sector to develop while the financial inclusion rate has reached 67 percent.

Underlying this, is the nation’s annual economic growth of some seven percent, making it one of the fastest growing economy in the region. Inflation rate of two to three percent, and stable political and social environment complete the picture.

Taking stock of an unconsolidated market

It is difficult to say what is the appropriate number of banks that is suitable for this market.

Countries in the region have a handful of banks such as Singapore with three to four banks, Australia (four to five) but Cambodia has 50 commercial and specialised banks, not including MFIs.

“We have seen it (the number) grow but we did not see any banks collapse. It is difficult to determine what number is suitable to the market size but looking back, the number of bank account ownerships to the total population is very far,” says CIMB Bank Cambodia PLC chief executive oficer Bun Yin.

For a market this size, the scale of commercial and specialised banks, and MFI supply is distortional and unsustainable.

“I am a strong advocate of progressive development of the capital markets in Cambodia which essentially lack an interbank, government and corporate debt, and true equity market,” Galliano tells Capital Cambodia via email.

He believes that if the finance sector was more in the publicly traded space, then the markets would accelerate consolidation as players would seek to gain market share and take advantage of synergies.

Former RHB Indochina Bank Ltd chief executive officer Lim Loong Seng says to survive the competition, one can go on a price war but that is taking a risk.

Foreign-owned banks have strong parents, so it is the small independently-owned local banks that might not be able to withstand any shock in the system.

“When the new banks came in, they started with aggressive strategy, so it is yet to be seen if any can withstand the shock,” Lim says.

He contends that if consolidation happens, it would not be as serious as in Vietnam.

“I think consolidation is quite a natural process as there are opportunities for some inorganic growth,” he adds.

Han explains that it is easier for local banks to find funding than merging partners.

On the other hand, if banks find foreign investors to enter the market, they (the latter) would pay premium compared to a local investor or competitor.

“This makes merging difficult. It is better to go overseas and find foreign partners. This has been the case in the past seven years,” he says.

Over at the MFIs that are flourishing in provinces despite a high presence, and an interest cap of 18 percent imposed in March 2017, Galliano says their survival is due to creative fee structures.

“It is also a result of an increase in the average loan values, and industry consolidation because of capital requirements, and mergers and acquisitions. The industry is more focussed on profitable customers, and less on the underbanked and low income borrower which is unfortunate as this demographic might resort to unlicensed and unregulated lenders,” he adds.

What can banks do next?

Apart from ramping up digitalisation such as fintech, banks have expressed strong interest in the Cambodian capital market, seeing it as a new long-term source of funding for future growth.

“Many of them are looking to issue corporate bonds to raise riel funds to grow their loan portfolio in riel,” Yuanta’s Dara says.

The NBC’s prakas allows banks and MFIs with net worth of $15 billion to issue equity or debt securities on the Cambodian Securities Exchange.

“Given the capital requirement for commercial and specialised banks, and MDIs, almost all of them should meet the criteria,” he adds. CapCam

Time to say goodbye to EBA