There was a time when Cambodia had 15 airports, some of which were built during the Japanese occupation and some in the 1960s. But time and war led to the closure of a majority of them and the buildings becoming derelict, overcome by undergrowth and despair.

Three airports – Siem Reap, Sihanoukville and Phnom Penh – survived the scourge an are now catering to an expanding affluent society and tourism sector.

Owing to rising passenger arrivals, which are expected to nearly double to 18 million in 2034 from 10 million in 2018, new airports are being built in Phnom Penh, Siem Reap and Koh Kong based on public-private partnership models.

Four airports are greenfield developments and one is brownfield. All the airports are on a build-operate-transfer basis pending the expiry of a specified concession period.

Cambodia is experiencing a second spring in airport growth amid a buoyant economy with average expansion of 7 percent year-on-year.

The State Secretariat of Civil Aviation (SSCA) estimates the airport business in Cambodia to be around $3.74 billion while financial commitment to airport infrastructure between 2014 and 2022 amounts to $3.24 billion.

In Southeast Asia, the Asian Development Bank, World Bank and the Organisation for Economic Cooperation and Development claim that national aviation investments worth $800 billion per year is anticipated for 2020.

In Cambodia, sector growth comes with a small price – that being the entry of Chinese partners in infrastructure development, largely seen as an extension to Beijing’s Belt and Road Initiative.

In recent years, it spent $100 million to renovate and refurbish all three airports but, on the whole, it has invested $500 million over its two decades of operating presence in Cambodia.

The statement also showed that the Vinci group allocated €45 million ($49.4 million) related to its commitment under the contractual agreement for its Cambodia operations in 1H19. This is higher than its full year allocation of €32 million ($35.1 million) last year. 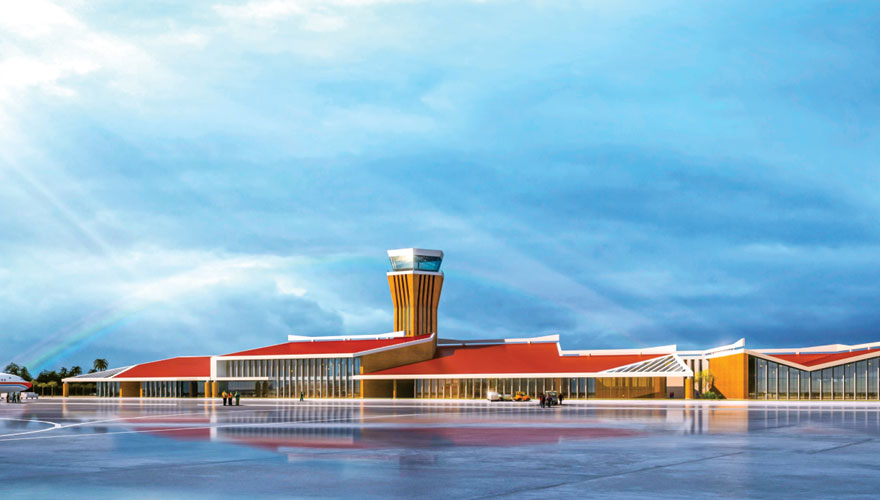 Up until three years ago, Cambodia Airports was the only airport operator in the Kingdom.

With a series of airport construction in Koh Kong, Siem Reap and Phnom Penh by Chinese developers and brand new concessions, the once-exclusive control by Cambodia Airports over the nation’s airports has come under threat.

An aviation expert who declined to be named, alleges that the company’s days as a concessionaire are numbered. In other words the agreement might not be renewed.

“Cambodia Airports might also have to close down its Phnom Penh airport because of the pressure of traffic diversion to the new airport. Even if it becomes a low carrier cost airport, how will they operate and make money with just a few airlines?” the expert asks.

Cambodia Airports’ alleged failure to clinch the Phnom Penh airport project is likely because of the government’s preference for new investment from an investor with no funding constraints.

“The new investor says it is financially able to do it and would hire experts to do the job,” the expert opines.

It comes as no surprise that Cambodia Airports might be somewhat anxious with airports mushrooming all over the country.

But rumours are that it may have a part to play in the new $1.5 billion Phnom Penh International Airport, although in what capacity remains uncertain.

If that does not materialise, the government might negotiate a settlement with Cambodia Airports.

When asked in May about this likelihood, Cambodia Airports declined to comment at “this stage of early talks”.

Breaking even in 12 years

The new airport is farmed out to Cambodia Airport Investment Co Ltd and is 90 percent owned by homegrown Overseas Cambodia Investment Corp (OCIC), with the remaining stake held by the SSCA. It is a public-private partnership in which revenue is based on equity ownership. OCIC expects to break even in 12 years.

About 2,600 hectares of land has been earmarked for the new airport project which is six times larger than the existing airport.

The new airport alone will occupy 700 hectares, about double the footprint of the current airport. The remaining land would be developed into an airport city and mixed-use development of commercial and residential units.

The entire project site is also considerably larger than the Beijing Capital International Airport, the world’s second busiest airport which handled 94 million passengers in 2016. It is located on 1,480 hectares of land.

Reports say the OCIC would allocate $280 million for the new Phnom Penh airport. Public funds would make up $120 million and the rest ($1.1 billion) is expected to be Chinese-funded.

China’s involvement in local airport infrastructure projects is viewed with scorn in some quarters where people remain sceptical.

In Koh Kong, China-based Union Development Group Co Ltd is spending $200 million for the first phase of Cambodia Dara Sakor International Airport that is expected to be completed by 2025.

The 99-year airport concession is part of the $3.8 billion Dara Sakor Beachside Resort that includes a seaport and mixed development on a 45,000 hectare land.

Critics including the US government claim that the project was allegedly a bid by China to locate a military base. The claim was debunked by Prime Minister Hun Sen, calling the news article that featured the story as “fake and twisting the truth”.

A document seen by Capital Cambodia reveals that the airport, designed by China Aviation Planning and Design Institute (Group) Co Ltd, will be built in four phases.

Phase I, which features a code 4D airport, will cater to Boeing 737s, Airbus 320s, Gulfstream G550s and Bombardiers that meet the needs of cities in Southeast Asia, South Asia, the Middle East and also Europe.

The airport will expand to a 4E and 4F status which would be able to accept long-haul and bigger capacity airplanes in the next 30 years. 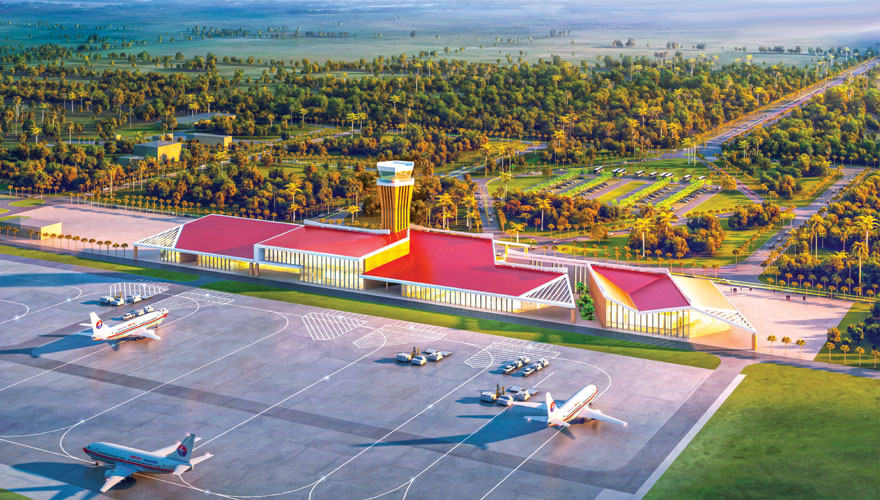 “Union Development is the developer or concession holder of the entire project. It has outsourced the construction to third parties, including Chinese companies, because they themselves don’t have the expertise in airport building,” the source adds.

Most of the airport is 80 percent complete while land infrastructure is about 40 percent done, a source tells Capital Cambodia.

More airports on the horizon

Not too far from the Dara Sakor airport is the existing domestic Koh Kong Airport which is being upgraded at a cost of $43 million by Bangkok Airways Public Co Ltd.

The Thai-listed company holds a 30-year concession period, which ends in 2048, for the brownfield project by the coast.

In Poipet, locally-owned Poipet Airport Corp is spending $53 million to undertake the greenfield project with a 30-year leasehold. Construction is planned next year.

As the years roll on, revival of old airports or new development is possible as the numbers increase in aircraft, passenger and cargo movements.

Apart from the three airports that are in operation and four under construction, the SSCA has identified four former operating domestic airports and 11 airfields or airstrips that could be revived one day.

This could raise the total number of airports from the heydays so long as the flight path for Cambodia’s aviation sector remains clear.

Malaysia seeks to invest more in the Kingdom

The continuing rise of condominium constructions

Some 4,300 deaths. Just under 120,000 diagnosed cases. The COVID-19 virus continues to wreak havoc around the globe. And closer to home, in Cambodia, the outbreak, now upgraded to a pandemic, has made its presence felt, not just in terms of human cost, but in its dramatic effect on pretty much every one of the […]