The COVID-19 pandemic has laid siege to Cambodia’s garment industry. Capital Cambodia investigates the unravelling of the sector and asks what the future holds for its beleaguered workforce

In roughly one out of every six garment and footwear factories that line National Highway 2 on the outskirts of Phnom Penh, once-busy production lines now stand still. Not one skirt, dress or pair of slippers are being stitched together to meet the ever-hungry demand of international fashion brands, a business that is estimated to have generated $7 billion for one of Cambodia’s four main economic pillars in 2019.

At the beginning of the year, the truth dawned about the grave implications of Novel Coronavirus as the deadly contagion spread rapidly around the globe. But beyond the threat to human life, no part of the world economy has been immune to its effects, including Cambodia’s brutally hit garment, or apparel, production industry.

The first storm hit in February and March, when the supply chain was severely disrupted; China provides over 60 percent of raw materials to the garment sector and these imports simply stopped as the country – where the virus first originated – went into full lockdown.

Although imports did resume, it was to be a temporary reprieve. With footfall in clothing stores all but disappearing in the West, major fashion brands reacted by landing a further blow on Cambodia’s garment industry as several clothing retail giants hastily tried to cancel both orders in process and those fully finished and awaiting shipment. According to a survey by the International Textile Manufacturers Federation (ITMF), which featured the feedback of 700 garment-producing businesses, just over a third of orders were initially cancelled.

The situation prompted Ken Loo, head of the Garment Manufacturers Association (GMAC), a body established in 1996 to represent, promote and safeguard the rights and interests of the garment industry within Cambodia to say, “Brands that source from us, such as Adidas, H&M, PUMA and Levi Strauss, should take responsibility’.

Fashion retailers that originally cancelled their orders included popular European and American brands Primark and H&M. But following the publishing of a ‘name and shame’ list of companies welshing on their agreements, by the Worker Rights Consortium, Primark did a swift U-turn and committed to pay its outstanding balance of £370 million to the global garment sector. H&M followed suit, but there could be a hitch: it’s not known if the companies will be amongst those stalling the dispatch date of the goods – known as ‘sheltering in place’ – it’s only then that they are legally obliged to pay. 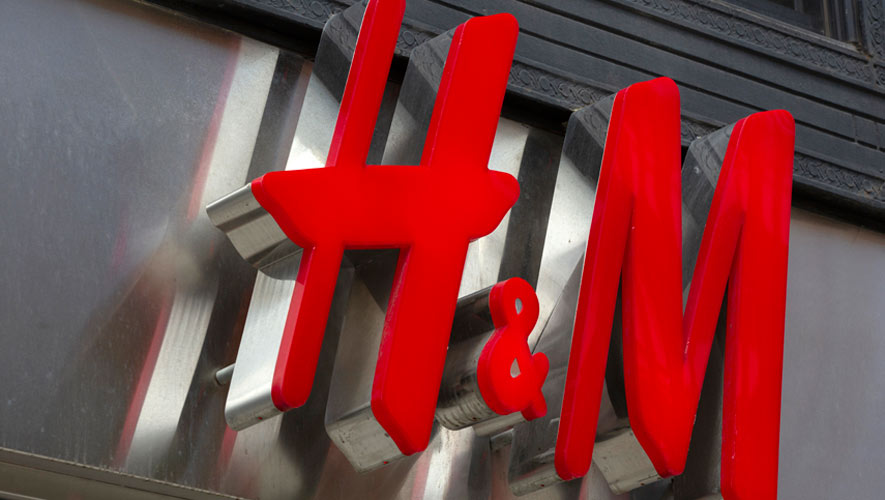 Known for operating on razor-thin profit margins, Cambodia’s garment industry, which accounts for two-fifths of gross domestic product (GDP), has quickly come apart at the seams. Figures released by the Ministry of Labour and Vocational Training earlier this week stated that 100,000 workers within the industry had been laid off as an estimated 130 factories halted production lines.

As machines sit idle, factory owners are liable to pay 40 percent of their laid-off workers’ base salaries but with many factories claiming they are unable to pay, the situation is dire. Heng Sour, spokesman for the Ministry of Labour, also made a public commitment on April 2, declaring: “The government will contribute 20 percent of the minimum national wage”.

But according to Ath Thorn, president of the Cambodian Labour Confederation, that amount – which equates to $38 a month – has yet to materialise. “I’m not sure what is delaying the delivery of the 20 percent the government has promised. I have also been informed that some factory owners will not be able to meet their financial obligation because they have no buyers.”

Although the World Bank Group (WBG) has responded to the crisis by announcing it would fast-track a $1.9 billion package of emergency funds to aid the emerging countries where it operates, including Cambodia, India and Pakistan, it’s unclear how this money will be distributed and whether it will come to the rescue of the hard-hit garment workers – and when. Capital Cambodia contacted WBG for an update and clarification but received no response.

In a similar vein, despite the government’s declaration in April that it has set aside an aid package of up to $2 billion to help the country, specific details about exactly how the money will be carved up are, for the most part, largely vague.

While some European countries, such as Spain and Italy, are now emerging tentatively – and with stringent health-protection measures still in place – from their own full lockdowns after the peaking of the first wave of the virus, expert opinion varies wildly over when the pandemic will subside.

Whatever that future date will turn out to be, the wounds inflicted on Cambodia’s garment production industry run deep and recovery is sure to be slow. Leading economic institutions predict that the global apparel sector will be one of the most heavily impacted by COVID-19, with its value likely tumbling by at least 20 percent.

A further fly in Cambodia’s ointment is the partial removal of its access to the EU’s Everything But Arms trade privileges in early February, that will see tariffs placed upon 20 percent of its exports to the 27-member bloc come August, at a cost in excess of $100 million. The European Branded Clothing Alliance (EBCA) has asked the EU to delay the move in light of the current situation.

Beyond the economic consequences for Cambodia, a bigger question of the cost to society looms. According to a 2018 report by the International Labour Organisation, women make up 85 percent of those working in the Garment Textile and Footwear (GTF) sector. And on average, they support up to four other family members. Clean Clothes Campaign, an international alliance of labour unions and non governmental organisations acknowledged this in a recent statement, saying “Garment workers already earn poverty pay, with wages barely covering their basic needs, let alone leaving anything extra to cover periods without work.”

Peter McAllister, executive editor of the Ethical Trade Initiative, says there is an opportunity for change. “The short-term impact on workers and business is all too evident and much more needs to be done, now, to protect workers. But we must also plan for the future, to minimise long-term damage and work together to future-proof an industry which provides employment to many millions in emerging economies, and where alternatives are often worse or non-existent.”

For now, the struggling workers’ only hope is that the production lines and industrial machines used for piecing together the garments, and their livelihoods​, will once again fill the air with their familiar, comforting thrum.

The Novel Coronavirus (COVID-19) pandemic is having far-reaching economic and social consequences for the Asia-Pacific region.