Whatever sunny outlook Cambodia might have enjoyed at the start of 2019 seems to be vanishing further behind storm clouds with every passing month as the Kingdom finds itself caught between the jaws of geopolitical power players. China, on the one hand, is eager to pump money into Cambodia in a bid to create a prosperous ally within Southeast Asia. Regional players remain acutely aware and openly suspicious of China’s power. Meanwhile Cambodia’s debt to China totalled $4.6 billion at the end of 2018. This was approximately half of the nation’s $7.02 billion public debt at the time, according to the Ministry of Economy and Finance.

Across the Pacific Ocean, lawmakers in Washington DC are piling on the pressure with the Cambodia Democracy Act passing through the House of Representatives, giving Prime Minister Hun Sen’s administration an all stick, no carrot approach that could further escalate strained tensions. Bleaker still, the proposed Cambodia Accountability and Return on Investment Act (CARI Act) potentially threatens Cambodia’s exports to the US under the American Generalised System of Preferences (GSP) which saw Cambodian imports worth $3.8 billion enter the US in 2018, according to the US Trade Representative.

Some 12,000km away in Brussels, EU trade officials move ever closer to withdrawing Cambodia from the Everything but Arms (EBA) preferential trading system, should the Kingdom fail to demonstrate a commitment to democracy and human rights. The World Bank estimates that withdrawal from the EBA system will cost Cambodia $654 million per year.

Compounding the issue closer to home is Vietnam’s recent signing of a comprehensive Free Trade Agreement (FTA) with the EU that seeks to abolish tariffs on some 99 percent of goods on both sides. Vietnam’s gain could well prove to be Cambodia’s loss, as the Kingdom’s neighbour is set to gain unfettered access to the world’s largest trading bloc at the precise time that Cambodia looks set to lose preferential treatment from it.

“The impact of the recently signed (but not yet ratified) Vietnam-EU FTA on Cambodia will depend largely on whether or when Cambodia loses its EBA preferences in the EU,” says lead economist Jayant Menon at the Asian Development Bank.

Threats from the West, a slowing growth in China and a comparatively underdeveloped economy at home leave Cambodia with few options. Menon contends that pursuing an FTA with the EU would best secure market access, but adds that it looks unlikely at this stage. He argues that Cambodia should focus on bringing down the cost of doing business to attract more foreign direct investment (FDI) which should, he argues, help Cambodia diversify and industrialise without reliance on a government supported industry.

For David Van, executive director of Deewee Management Consultants, “FTAs and regional trade agreements like the Regional Comprehensive Economic Partnership (RCEP) are the way that Cambodia – part of Asean – should strive for.” 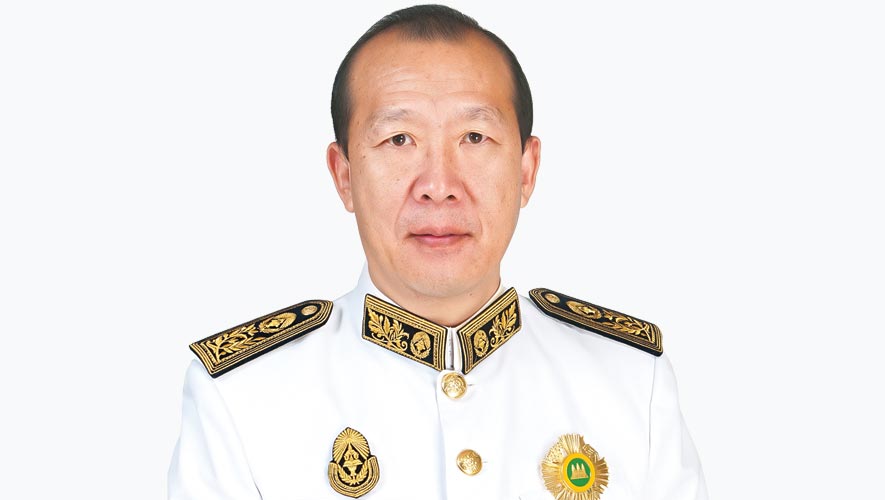 Suggesting that Cambodia has been slow off the mark compared to its neighbours when it comes to striking bilateral deals, Van recognises Cambodia’s need for competitiveness, especially in light of the Vietnam-EU FTA.

While dealings with the EU appear somewhat stagnant, there are only marginally greater signs of life with regards to the RCEP deal that encompasses Asean nations, as well as China, India, Australia, New Zealand, Japan and South Korea. Seven years have dragged by and finally progress is being made, with the trade ministers from parties to the proposed deal announcing that a finalised draft should be ready this year.

As one of the least developed countries involved in RCEP, can Cambodia really get a good deal?

Deals in the works

Undersecretary of State at the Ministry of Economy and Finance, Phan Phalla says “Cambodia is strongly committed to the RCEP. The Prime Minister has repeated a number of times to urge all parties concerned to get it finalised within 2019 and is expected to come into effect from 2020.”

While he notes that RCEP negotiations are ongoing at a time of economic protectionism and political division, Phalla remains optimistic for the deal’s impact on Cambodia. “More precisely, RCEP is even more important for small and open economies like Cambodia, in terms of securing more market access and attracting investment. Yet, to have RCEP ready as planned, we need high political commitment from all 16 countries, especially more concession from major powers.”

RCEP represents the chance for Cambodia to be part of what would be the world’s largest trade pact, should it come into play, but for a nation like Cambodia, there is often little choice but to go along with Asean and ultimately ride out the highs and lows of deal-making within the regional collective, given the Kingdom’s size and influence on the world stage.

“Through Asean, Cambodia expects to have more market access to those major regions and countries. We are now actively pushing for the Cambodia-Eurasia FTA,” adds Phalla.

Despite its stature, Cambodia has still pursued bilateral trade deals – perhaps a little later than it should have given the inevitability of the EBA withdrawal and the foreseeable clashes with the US over Chinese influence in the Kingdom.

Spokesman for the Ministry of Commerce, Seang Thay, points out that Cambodia is now actively seeking more bilateral agreements, “In terms of bilateral free trade agreements, we are currently in the preliminary stage of communications with China and South Korea and we are proposing a date to these respective countries to kick off discussions towards the possible FTAs.”

A good deal for Cambodia?

The prospect of more FTAs to come may sound promising, but a stark reality that Cambodia is constantly faced with is the relative lack of competitiveness that it offers. Market access is useful, but only if there is something to take to market.

Robin Garcia, chief executive officer of Manila-based political risk management advisory firm, Warwick & Roger, points out the key differences between other Asean success stories and the Kingdom. The political scientist at University of Asia and the Pacific, and Filipino country representative for the Doing Business in Asia Alliance (DBiAA) also mentioned about the potential pitfalls that RCEP harbours for Cambodia.

He points out the key differences between other Asean success stories and the Kingdom, and warns that Cambodia, unlike Malaysia or Indonesia, would not be able to cope with foreign competition because in comparison to those two countries, Cambodia never industrialised. But Vietnam opened up its economy in the 1990s in tandem with national industrialisation, hence modern Vietnam’s growth.

Cambodia’s export growth still rests on garments, textiles, footwear and bicycles, but Garcia recommends the Kingdom diversify and upskill rapidly if more FTAs are set to further liberalise the economy. “Industrialisation requires not just commodity trading, but also high value products, definitely more hardware – it requires some level of closing [the economy] and some level of government support to a prioritised industry.”

Claiming that RCEP will do little to boost Cambodia’s economy, Garcia says, “FTAs are just one way to liberalise an economy. There are international levels through international financial institutions, regional levels like Asean and RCEP and domestic efforts, but an FTA won’t necessarily help. You can see some of the numbers improve, but they won’t be a Japan, Korea or Germany.”

The best to expect from RCEP would be what he calls a rebalancing of Cambodia’s relationship with China. He notes that Cambodia’s exports are heavily skewed towards the EU and US due a lack of “equal support in China to sell their own goods in that market.”

However, it is international partners and institutions that Commerce Ministry’s Thay is hoping will balance out the FTAs, stating that, at Cambodia’s stage of development, it will be granted transition periods or technical assistance to comply with commitments in these deals. This, he says, will help as Cambodia transforms from a labour-intensive economy to a skills-based economy.

Phalla too contends that while Cambodia’s pursuit of FTAs will further liberalise the economy, he referenced Cambodia’s Industrial Development Policy 2015-2025. “The economy is highly open for foreign trade and investment without any discrimination, and in the meantime diversifying towards industrialisation,” he notes.

Meanwhile for Van, new FTAs will help, but reassessing Cambodia’s role in the region could be key to recognising new opportunities.

“Cambodia can be a good manufacturing spot for re-export to Asean and beyond if we look at non-traditional sectors other than garments. Cambodia can play a part in the regional supply chain for the automotive industry and other light manufacturing sectors,” he says.

With Cambodia aiming to wean itself off reliance on Official Development Assistance (ODA), Garcia suggests that it is worth remembering that “the very premise of development economics is to say that developing countries are different, and that you have to do something other than just open up their economies.”

If the European Parliament and the Council do not objecting to the decision, it will take effect on Aug 12.