Rice farmers are looking at technology to turnaround their livelihood, and the industry ultimately

Rice farmers are looking at technology to turnaround their livelihood, and the industry ultimately

The agriculture sector, once the backbone of the economy, is slowly fading into the picture, as manufacturing and tourism take the lead. Early June, official reports showed the sector only contributed 22 percent to the gross domestic product last year compared to 30 percent in 2014.

The drop in labour force to 40 percent of the population being involved in the sector last year from 80 percent in 1993 further points to a slowdown.

Often, a business that no longer generates profit results in the owner folding it to cut his losses. Farmers work on the same premise. They would sooner sell the land than carry on farming. This could inadvertently impact the rice production sector. It could also lead to food security and increased import costs.

Some observers say if the situation carries on, the rice sector might be fast becoming a sunset industry. 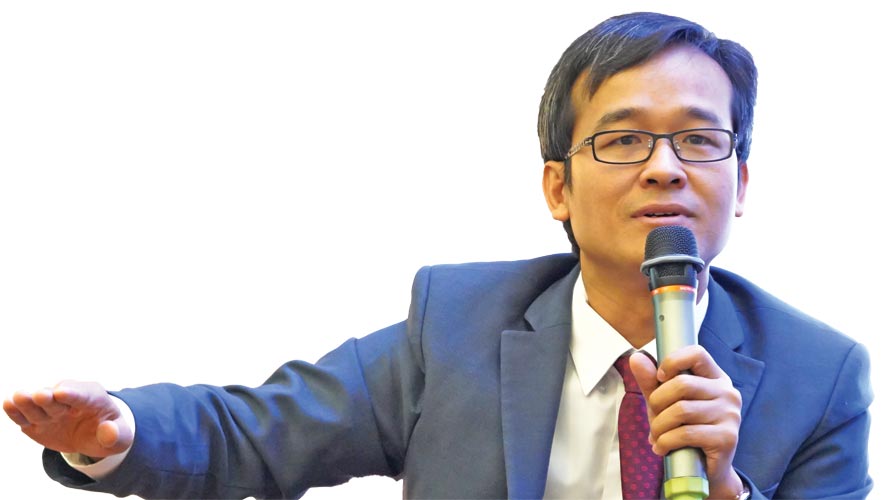 Given the dire straits, rice exporter Amru Rice (Cambodia) Co Ltd chief executive officer Song Saran felt that smart farming, practiced in other countries, might be the answer to saving the industry.

Saran tells Capital Cambodia that technology could boost competitiveness, ensure sustainability, and increase productivity. It might also encourage young people to become involved in the sector.

“By adopting technology, farmers become entrepreneurs, not just farmers. If things work out, they might continue farming because of better returns,” Saran says.

Following that, the two entities created an agriculture application called Farmforce where farmers would first jot down their daily rice planting activity on notebooks. This data which includes usage of fertiliser, water and labour, as well as planting and harvesting cycles is then fed into the app.

“We collate that information and report the outcome so that farmers understand the whole process. The data also reveals information on specific market, pricing and food security,” Saran says.

It makes traceability and compliance an integral part of smallholder production, and redefines the relationship between growers, manufacturers and markets.

Amru works with 10,000 farmers in Battambang, Kampong Cham and Kampong Thom on a pilot project. The technology would be expanded to other provinces if it proves successful. “The technology turns them into smart farmers,” Saran adds.

Similarly, Siem Reap-based Agribuddy Ltd, whose self-named agriculture technology platform founded in 2015, has been helping farmers in countries such as Cambodia and India.

“So far, we have around 50,000 farmers registered on our system including 800 farmers who act as buddies to teach others how to use the app properly.

“We need to train more farmers to understand how it works so that they can raise their yield by five tonnes per hectare,” says Agribuddy Cambodia managing director Pakk Yourng via telephone.

The app creates a rural agricultural ecosystem by providing small-scale farmers access to crop financing while assisting them with modern agriculture practices.

Agribuddy is aiding 4,000 farmers with a total capital funding of $3 million without collaterals.

The technology keeps track of rice, cassava and maize production. “It is crucial as it can raise productivity, and improve crop cycles as well as income. It also makes farming less labour intensive,” Pakk says.

“We are fine-tuning our mobile application to facilitate the smooth delivery of agricultural services, loans, and payments between farmers and financial partners,” Pakk says.

As in many countries, rapid urbanisation is challenging agriculture which, in the past, raised the living standard of rural folks.

An independent evaluation by Asian Development Bank (ADB) in 2018 revealed that 350 million out of 500 million farm smallholders in world are located in Asia.

It notes that they are frequently marginalised as a result of ongoing rural transformations, where farms are consolidated, practices mechanised, and farming systems changed.

Migration of farmers for economic reasons, ageing rural population, and the feminisation of agriculture labour compound the problems in the sector.

Srey Vuthy, secretary-general of the Agriculture, Forestry and Fisheries Ministry, says water usage, infrastructure, and modern agriculture are being upgraded.

“As the sector is undergoing transformation, particularly in the outflow of labour to other sectors, we have to modernise our ways,” he opines.

In Khum Kampong Prieng, Battambang Province, some 136 paddy farmers of an agriculture cooperative, who cumulatively own 790 hectares of land are using Farmforce app to grow rice.

Yang Thy, leader for the cooperative, says he has agreed to supply Amru with 3,153 tonnes of Sen Kro Ob rice, and believes that he will be able to earn a higher income due to the improved quality of the harvest.

“I hope to earn an additional $10 per tonne, which is above the market price, for adopting the system,” he adds.

US-China tensions to linger, but US courts new allies at Shangri-La Dialogue

Climate risks, and demand by Cambodia’s garment customers for international standard waste compliance are inevitably pushing the Kingdom towards a circular economy