Exclusive Nissan distributor, Tan Chong Motor (Cambodia) Pty Ltd is facing off competition including a large secondary market by ramping up its marketing strategies in preparation of an upper middle-income boom in Cambodia.

The move could cut the impact from the secondary car market

Exclusive Nissan distributor, Tan Chong Motor (Cambodia) Pty Ltd is facing off competition including a large secondary market by ramping up its marketing strategies in preparation of an upper middle-income boom in Cambodia.

Its managing director for Cambodia and Laos, Song Choon Beng sees growth opportunity in Cambodia although currently some 90 percent of the sector is dominated by the used car industry.

“It is a challenge but we can choose to look at it as a potential 90 percent market to penetrate for new cars. For us, we see an opportunity to sell new cars,” he said in an interview with Capital Cambodia.

Song added that with the Cambodian government’s efforts to upgrade the financial and economic status of her people, there will be a larger portion middle income population in the coming years.

“This is the market we are looking at and as it grows we would have positioned ourselves for a new car buyer market as we foresee that a large section of the middle income group will likely be more inclined to buy new cars instead of used cars due to their stronger and better purchasing power,” he said.

It plans to expand and continue distribution for completely built-up (CBU) Nissan models as well as assembling cars in Cambodia.

Its entry into the IndoChina market in 2010 was not entirely smooth, having dealt with numerous challenges including stiff competition and lack of brand visibility.

In spite of an incentive-based tax structure for vehicles imported within Asean which makes the price competitive, the secondary market including parallel imports of reconditioned cars continues to give the new car segment a run for its money.

“The parallel imports include Nissan models. From the information gathered used cars in Cambodia are imported from Taiwan, US and Middle East countries,” he said.

Having said that, the local subsidiary to Malaysian-listed parent Tan Chong Motor Holdings Bhd pressed ahead with sales and marketing ramp ups through roadshows, and advertising via billboards and print and digital media.

Based on his observations, Song said Cambodia is largely a pickup truck vehicle market, which makes its core product, the Navara series a good option.

Nissan Navara now holds the fourth spot in the pick-up sector after a few traditional competitors in the country.

“There is also growth in popularity for sports utility vehicles (SUV) in Cambodia and for that we have our X-trail and the recently launched new seven-seater Terra which is suitable for off and on road use. We also have the Urvan High Roof to cater to the hospitality sector,” Song said. 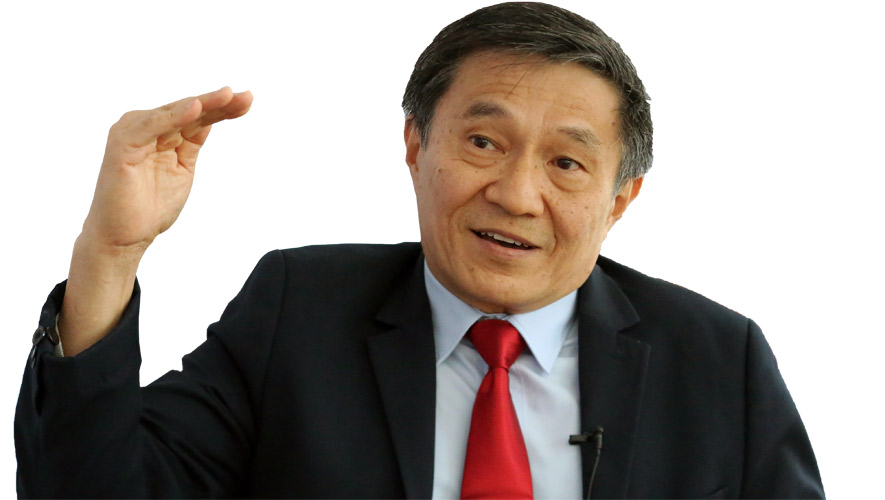 “We have several competitors in the market but we believe we have made substantial inroads into the Cambodian market as well as Laos, Vietnam and Myanmar,” he said.

In its last financial year (2018), the company posted a strong double-digit sales growth.

“Over the years, we have seen our sales volume grow tremendously. This is because we took aggressive steps to raise the visibility of the brand in Cambodia, not only in Phnom Penh but also the provinces, creating interest in potential customers,” he said.

He notes that Nissan’s clientele are made up of 80 percent to 85 percent businessmen aged between 35 and 65, most of whom are locals.

The remaining customers are companies and non-governmental organisations.

In Cambodia, a substantial amount of vehicle purchases are in cash with little or no insurance coverage for accidents. This makes it difficult for Nissan to secure its interest in the car loan market as there is no prerequisite for insurance to cover any accidents.

Song contends it is a common issue in the market, which provides no security for bankers and financiers.

“There is no clear law on hire purchase in Cambodia unlike some countries including Malaysia but we stay in close contact with bankers so that we may refer customers to the banks to assess their eligibility for loans,” he said.

The company invites bankers to set up kiosks at its launches and road shows to promote their financial products, and educate the public.

“We are seeing some growth in car loan applications,” he added.

Tan Chong Cambodia has two branches, one in Phnom Penh and the other in Siem Reap, with plans to add more in five to six years. It is also approaching some local businesses to sign up as dealers particularly in provinces, and set up after-sales services to expand its presence, and serve its existing customers.

A trained lawyer and a former prosecutor with the Royal Malaysian Police, Song who came to Cambodia in 2017, is judicious in his efforts to keep moving.

“Since I came here, I have seen encouraging growth and more people coming to our showrooms. We also notice that purchases of new cars have increased across the board in Cambodia. However, we are not going to sit down and let the sales come in on its own just because we doubled the growth. We have to continuously reach out to the market to increase the visibility of the brand and our models,” he added.

After-sales service and long-term relationship building are also high on the agenda of Nissan’s branding and marketing programme. He said with the purchase of new cars and availability of quality and strong after-sales services, the total ownership costs for customers will be enhanced.

“This is how we are developing our business. We not only sell new cars but we want to improve and enhance after-sales services including warranties, latest diagnostic equipment and quality services, and repairs using original spare parts,” he said.

The local company has also invested in training and strengthening its sales and after sales team which, Song said, is beneficial to the customers and important for the business.

“We are constantly training our management team, sales advisors, and supervisors by trainers from the headquarters in Kuala Lumpur. The team is trained on corporate social responsibilities, product knowledge, customer and after-sales services,” he added.

In the meantime, Tan Chong Cambodia has been playing an active role in the local society through CSR programmes such as distributing food and utilities to flood victims (last year), supporting public schools by donating sport equipment.

“We are here to stay and work with locals. We are not only interested in making profit but we want to reach out and serve the people while growing the brand,” he said. CapCam

How South-East Asian investors could win in a trade war

As more Chinese investment and trade enter Cambodia, the usage of yuan is expected to grow as banks facilitate cashless transactions

Cambodia is keen to move up the value chain for agricultural exports but challenges stymy efforts, slowing down investments and interests