New life is being breathed into the old currency as it penetrates the economy, unites Cambodians and reinforces national pride

New life is being breathed into the old currency as it penetrates the economy, unites Cambodians and reinforces national pride

For a young economy like Cambodia, ascertaining a sustainable year-on-year growth is critical in gaining the trust of her people. For decades, the dollarised economy propped up the economy, which played its role in driving growth. But this also resulted in the loss of national pride and sovereignty as the riel became a secondary currency unit.

The Khmer riel was first issued during Cambodia’s independence in 1954 but its usage ended in 1975 when Pol Pot’s regime reigned till 1979. A re-print of the currency was made on March 20, 1979, surviving for nearly two decades before it was devalued in the late 1990s following the opening of the market which resulted in the flooding of US dollars.

Fast forward to now, the National Bank of Cambodia (NBC) has switched up a gear to promote the widespread usage of the Khmer riel, bringing it to life and steer Cambodia’s economy into the future. 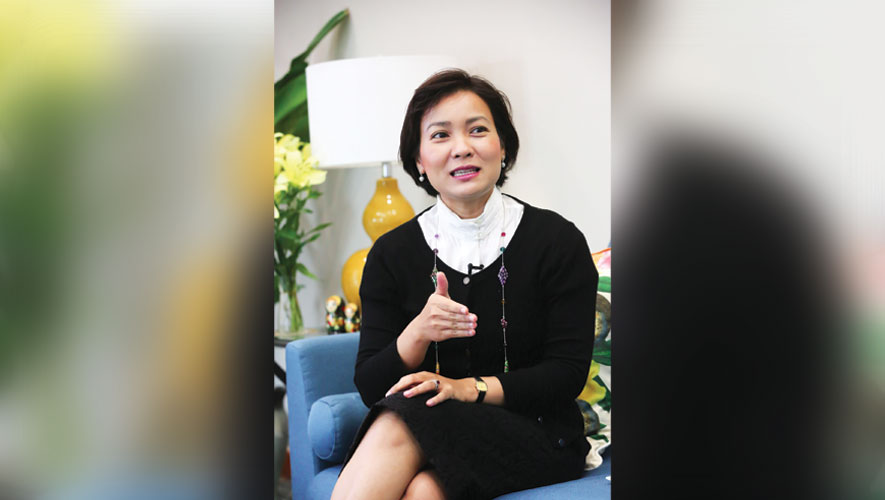 “The riel makes up about 10 percent of the gross domestic product (GDP) as of now, which is considered small but significant,” says Chea Serey, director-general and assistant governor of NBC.

The ongoing promotion of the riel to encourage its widespread usage begun some years ago via the compulsory implemetation of 10 percent loan portfolio in riel by banks, and cooperation from the private sectors.

Whatever the status, the move to populate the economy with the local currency is timely as things are changing or developing quickly in the world.

“We don’t know what would happen (but) the global market has been changing. So is global politics. This is something that the banks should be aware and take pre-emptive action so that it is not too late, causing them to panic,” Serey says.

The long-term growth of the economy once the riel rises in usage could be a little tricky to fathom but benefits from the local currency are worth it. For one thing, the central bank could earn a seigniorage or revenue of nearly 95 percent from printing its own notes, gains that can be used to manage the economy.

Citing an example, Serey says NBC spends a printing cost of 50 riel to print a 10,000 riel note. The seigniorage is the difference earned from the face value of the note and production cost, and if it is positive, the government makes an economic profit, according to investment portals.

“The central bank has tools to manage the economy. There are 10 ways we can gain by using our own local currency. The first ones being pride and sovereignty,” she says in an interview with Capital Cambodia.

Of Kingdoms and power

History tells that kingdoms or empires issued coins in order to assert legitimacy and sovereignty. Today, the characters have changed but the storyline remains.

“We go to other countries and everyone has their own currency. Of course, we ask why do we need to complicate our life? Why not use one common currency instead? It is because everyone wants the authority over the way they manage the economy.

“They want to assert their sovereignty (so that) the moment a foreigner crosses into your country, the person should use the local currency to make economic transactions. This is a very important psychological factor,” she says.

Riel to the rescue

In any country, the utilisation of its own currency is supposed to quell a monetary crisis as the central bank is able to intervene to stabilise the banking system.

It is able to lend to banks with liquidity problem by leveraging against the borrowers’ assets as collateral but therein lies the problem in Cambodia. The NBC does not print US dollar bills, and its foreign currency reserve cannot be freely used as it maintains the stability of the riel.

“If we lend US dollars to banks, there is a risk they might not be able to pay back. Any lending to banks, although solvent and with collateral, is still a risk. Central banks won’t lend what they cannot print. Hence, the need to increase riel’s usage in the economy,” Serey says.

Banks are regularly advised and subtly prodded to raise their riel loan denomination ratio and although the situation is under control now, it might not always be this way.

“We need to prepare ourselves. It is like buying an insurance policy. You do not buy it when you are sick, the agent won’t sell it to you. We are telling banks that it is something we need to work together to save the sector. Some banks take it well but some are stubborn, so we need to work with them,” Serey adds.

Not using the riel is economically debilitating

The idea of monetary easing, a monetary tool that allows central banks to print more local currency to contribute to economic growth, is limited to NBC because most banking activities is in US dollars. This is compounded by the hesitation of banks to take advantage of the liquidity window in Cambodia where banks can borrow at a reasonable rate but do not do so for fear that NBC would think that the borrower is facing liquidity problems.

“I can set my (overnight policy) rate at one percent but nobody would borrow as I can only lend out in the local currency when most activities are in US dollars. They also imagine we would think that they have issues with liquidity. This makes my tools useless. It is very unfortunate,” Serey says.

Owing to that, the NBC continues engaging with the private sector, explaining to them that there is no point complaining about high interest rates when they keep using US dollars for transactions.

“I want to help you but you have to help me so that i can help you. If everyone can start using Khmer riel, it might be something that I can do something about,” she adds.

So far, the reception has been quite positive with the only difficulty experienced by large businesses, though they plan to switch to riel step by step.

“For us, this is a good start as it at least gives Cambodians a better sense of the notional value of their local currency. For instance, if a cup of coffee costs 10,000 riel, you can convert to US dollar, and know its worth.

“However, for bigger amounts, it is still very difficult, even for myself. When you say 13 billion riel, I cannot imagine what it is until I convert to dollars. So, we are losing the notional value of our currency.

Secret to the riel stability

For nearly two decades now, the riel has stayed stable at 4,050 KHR to $1, with low inflation at around three percent, and regular purchase of dollars.

“Peace and stability is very important, and second is our strong economic prospect. We continue to receive foreign direct investment into the country. Some of it translates to foreign exchange reserve that accumulated to stabilise our currency,” Serey says. 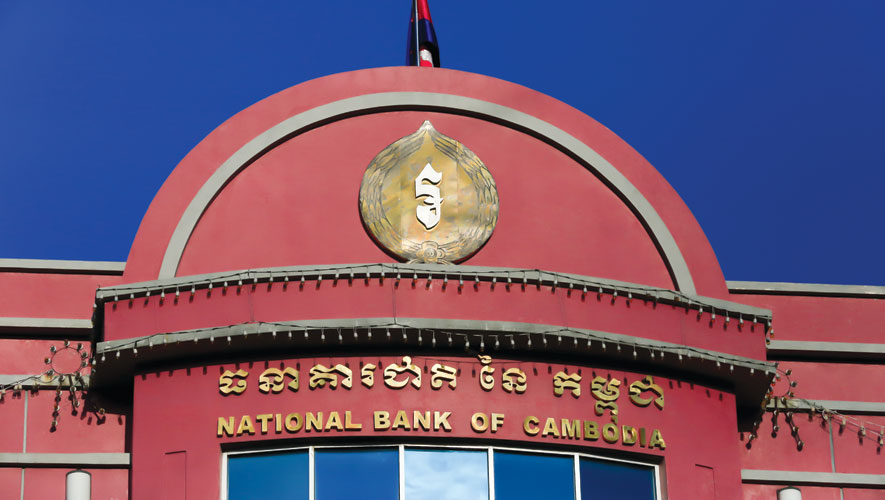 As at December 2018, gross foreign reserves was $10.14 billion which grew 15.82 percent from a year ago, and 3.46 percent month-on-month.Currency in circulation amounted to $2.49 billion while the central bank’s total assets stood at $15.37 billion.

The bank is also involved in daily intervention by looking at the market trend, and filling the demand for local currency by either selling or buying the dollar. Of late, the NBC has been heavily involved in dollar-buying, a sign that there is a demand for riel.

The bank manages a floating regime which is neither fixed nor completely floated.

“The currency is floated according to macroeconomic fundamentals but we do intervene when we see the movement is a result of a psychological factor instead of macroeconomic,” she adds.Its last intervention to stabilise the currency was in 2011 when it sold $140,000. A year before that, it sold $48 million worth of dollars.

To trade or not to trade?

Going forward, the central bank might consider offshore trading once the demand for onshore trading rises but it wants to first work with foreign banks to have the riel listed on their exchange rate boards overseas.

“Some banks with Asean operations have agreed to list the Khmer riel, enabling currency exchange services. This means Cambodians travelling within Asean can take their riels and exchange with other currencies such as Thai baht, Singapore dollar or Malaysian ringgit,” she says.

For starters, banks in Guangxi, China, have listed the Khmer riel on their exchange rate boards, so the currency can be traded in that province.

“It is mostly a symbolic move as the volume is almost insignificant but it is a step forward as Cambodian travellers can feel prideful over their own currency,” she adds.

Is the future economic growth of Cambodia on the right track?

Riel catches up on the dollar