Cambodia’s aviation industry sector is currently struggling with the Coronavirus pandemic and nearly drying because few flights can land or take off at the Cambodia’s three international airports.

Cambodia’s aviation industry sector is currently struggling with the Coronavirus pandemic and nearly drying because few flights can land or take off at the Cambodia’s three international airports.

This dire situation has been caused by the Coronavirus pandemic (COVID-19) which has forced many countries to close their borders, shut down airlines and to ban their citizens from travelling, to prevent further infections.

The State Secretariat of Civil Aviation (SSCA) reported that it expected decline in flights of 50 percent at Phnom Penh International Airport, 60 percent at Sihanoukville and 70 percent at Siem Reap in mid-March. However, the situation is now worse than predicted.

Sin Chansereyvutha, spokesman of the SSCA, says that at present there are nearly no flights and no passengers at Siem Reap International Airport.

“We recorded around two to three flights per week. Recently, the airport in Siem Reap reduced some operations and staff and some areas that are not currently necessary because they want to save costs,” said Sin. He added that airline companies and Cambodia Airports  have adopted a crisis strategy.

The aviation industr all over the world, not only in Cambodia, is facing the same issue. Currently, there are few passengers, said Cambodia Airways Public Relations and Marketing manager Sok Ravy, said her airline saw one or two flights per day at the moment. However, those flights are not always fixed. She added that this number has drastically dropped since early this year.

Sok added that before the outbreak of COVID-19, her airline could see about 10 to 14 flights per day. Now, it is almost none.

“We have one to two flights per day, but some days we cancel flights spontaneously because we have not enough passengers to carry the cost of operations. We have routes to China–Fuzhou, Shenzhen, Macau, Bangkok and domestic routes to Siem Reap,” said Sok.

“The aviation sector, restaurants and hotels are encountering the same issues because we depend on passengers and tourists for income, but currently COVID-19 has become a pandemic, so we also suffered an impact. Currently, we have cut out some operational costs which are not needed and we have asked some staff to take leave for a while, or take turns to work for one or two weeks each,” said Sok.

“We are not sure that we can provide one or two flights per day because there are insufficient passengers, so we cannot cover our expenses.”

When asked about whether some airlines are going to go bankrupt because of the virus pandemic, Sok said: “We do not know the investment capital of each owner, but to open one airline, the investment capital is expensive. If the health crisis lasts for several months, it will cause bankruptcies unless they have the reserve investments to cope with unprecedented events such as COVID-19,” she added.

At present, no airlines is better than another because most travellers dare not or cannot fly.

According to the Ministry of Tourism, in January this year, Cambodia welcomed around 547,963 international visitors. It was 15.3 percent fall compared with the same period last year. Among the total of international visitors in Hanuary, air tourists numbered 332,134, down 17.7 percent, land visitors dropped to 189,412, down 13.6 percent, while waterway visitors surged 26,417.

Norinda Khek, Communication and public relations director of Cambodia Airports, said the economic impact of this crisis has torn through the aviation value chain and badly hit airlines, airports and associated partners.

“All of them have experienced a sizeable slowdown in activities and reduction in revenues while carrying on operating. It is therefore an opportune time for authorities to step in with a global and comprehensive plan to alleviate the severe challenge affecting the aviation sector,” Norinda added.

SSCA’s spokeman Sin Chansereyvutha, however, said tthe airline companies are suggesting the government intervene.  He added that before, the government gave priority to the tourism and service industry at Siem Reap, but now the government has to re-considered where and how to intervene with support.

“The aviation industry is losing hundreds of millions of dollars. However, the intervention of the government is only so far a tax reduction, but I do not know what the next step of intervention might be,” Sin added.

“We [the government] do not just give a package to help the airlines or give money to the private sector. We have to do an assessment. What we can do is to reduce the tax for three months to six months. In addition to that, airport fees and other fees are the last choice that the government will consider,” Sin added.

“Now, Cambodia Airports also demand us [the government] to pay them because they do not have airplanes to land or take off, so they also suffer a loss in income. It is an international impact not limited to Cambodia,” he said.

In the rapidly changing situation caused by the current major health crisis, the safety of VINCI’s staff, partners, subcontractors, customers and stakeholders, along with the continuity of the public services for which VINCI is responsible, remain absolute priorities, said a report from VINCI Group.

The report said the Covid-19 pandemic is having a significant impact on VINCI’s activities. Until Feb 20, passenger numbers at airports managed by VINCI Airports were stable relative to 2019, despite the sharp fall in air traffic generally across Asia.

“By the end of February, the decline remained limited (minus 1.4 percent), but passenger numbers fell sharply in March, with an estimated 40 percent decline in the first three weeks of the month.

“That decline has worsened in the last few days following containment measures and decisions taken by some countries to close their borders,” according to VINCI Airports Group. 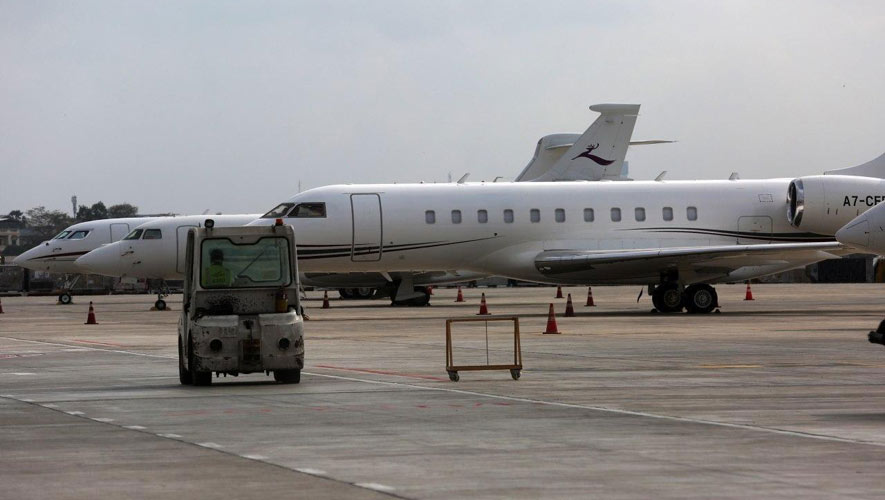 VINCI said that a plan to reduce operating expenses and defer investments is currently being implemented across all airports in compliance with contractual and aeronautical obligations and government decisions.

“Containment measures recently taken in France have intensified the decline in traffic levels. However, the fall in heavy vehicle traffic has been less severe, with France maintaining a basic level of economic activity,” the report said. After firm business levels in early 2020, the French containment measures caused a large number of projects to be put on hold since March 16. Industry organisations have held talks with the public authorities to define conditions under which works can resume gradually while ensuring the health of those involved.

Overall, the group expects a pronounced but time-limited decline in its revenue. In its various business lines, it is taking measures to adjust expenditure and review the timing of investments.

However, it intends to be positioned to recover quickly, in both contracting and concessions, as soon as the health crisis is under control.

In this respect, it should be borne in mind that the group’s order book at the end of February stood at an all-time high of €37.9 billion (about $41.5 billion, an increase of 8 percent over the previous 12 months.

he group has a large amount of liquidity, with available net cash of €6.5 billion at the end of February (including €4.2 billion centrally managed).

In addition, VINCI Southeast Asia has a confirmed €8 billion credit facility not due to expire until November 2024, which is currently unused and not subject to any financial covenants.

A further update on the situation will be provided in the Shareholders’ General Meeting due to be held on April 9.

At this stage, given the uncertainty about the duration and scale of the health crisis, it is not possible to quantify its impact on the group’s financial statements.

However, it appears that VINCI will be unable to meet its target, announced in February, of achieving revenue and earnings growth in 2020.

The relationship between ‘Modi’s Strategy’ and Hindu nationalism

In the past two decades, Cambodia’s low middle income economy has experienced exponential growth but to sustain, diversification and more have to be the key that ensures it.