Sustainability is not only the key to preserving cultural riches such as Angkor Wat and the country’s flora and fauna, it’s also a vital business strategy

Sustainability is not only the key to preserving cultural riches such as Angkor Wat and the country’s flora and fauna, it’s also a vital business strategy

A dramatic change in the tourism landscape of Cambodia over the past few decades has helped transform the country’s fortunes, but to ensure continued prosperity it’s essential to develop sustainable tourism rather than narrowly focus on the number of foreign visitors.

This is the lesson now being learned in neighboring countries, such as Thailand. At a recentPhuket Hotels for Islands Sustaining Tourism (PHIST) forum, more than 1,000 delegates from all over the world congregated on the island of Phuket to discuss the region’s mounting environmental problems and how to overcome them for the good of the industry.

Holding the event in Phuket was an apt choice given that an unsustainable increase in tourism numbers over the past five years has contributed to environmental problems, such as pollution, traffic congestion, dirty beaches, damaged coral reefs and marine life dying off. These negative factors are turning off visitors, while a tragic boat accident last year killed 47 Chinese tourists and led to a further, steep decline in bookings.

It’s an old story but one that needs to be retold, given that Cambodia is doing so well in terms of attracting record numbers of tourists and starting to rival traditional holiday hotspots such as Thailand: The golden goose of tourism needs to be protected if it is to keep producing riches for everyone involved in the industry.

One of the headline speakers at PHIST was Six Senses Chief Operating Officer Guy Heywood, whose group opened the Six Senses Krabey Island in Cambodia earlier this year. The 30-acre private island has 40 pool villas and is said to have been inspired by the “sacred” Khmer Kbal Spean Rive, near Ream National Park on the Gulf of Thailand, in southern Cambodia.

The resort is served by a speedboat that delivers guests to the impeccably maintained private island, with its night sky observatory, jungle circuit training and open-air cinema. As befits the Six Senses brand, it is a model of sustainability, with an organic farm and herb garden, green roofs, leaf ceilings and a water bottling plant with reusable glass bottles, rather than plastic bottles everywhere.

At Six Senses the emphasis is on sustainability, wellness and authentic experiences. It is about giving back to nature as much as it is taking from her and leaving her poorer and dirtier. Certainly, this is Heywood’s outlook, who said in his introduction that the world’s tourism industry was starting to understand the importance of looking after the environment. 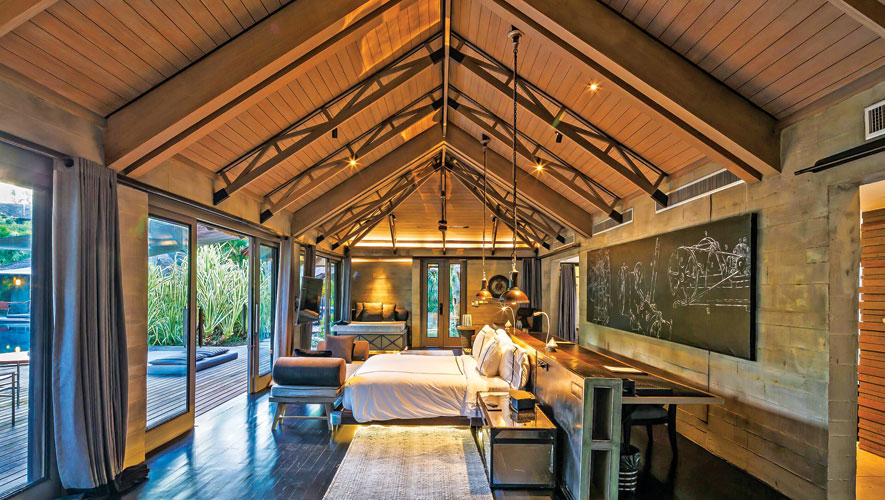 “Global tourism is growing at an unprecedented pace and this is putting unprecedented pressure on resources, communities and the environment. At Six Senses, we’ve been pushing the environmental agenda for many years, but it’s fantastic to see the hotel industry now taking a proactive approach to these critical issues. By joining PHIST 2019, we want to create a viable future for Southeast Asia’s tourism industry.”

Speaking to the Khmer Times, Heywood said, “It’s not just about going to the beach and having a cocktail, though there is that. It’s about the world of travel and wanting unusual and different experiences, teaching your children about the environment and maybe staying with a company that gives back to the community.”

He also spoke about the economics of sustainable tourism. For instance, there is a return on investment to change from plastic to glass bottles, setting up solar panels and putting motion sensors in hotel rooms to reduce power when the guest leaves the room. However, with setting up organic gardens, the labour and land and time makes it hard to make a profit.

“The point is we can make savings, but the money mostly comes back because we are sustainable, so people will stay with us rather than with someone down the road. Our core values are sustainability and wellness. This is what we believe in so we spend money on cleaning up communities, giving water bottles to kids. We are prepared to give back because this will send the right message and, hopefully, it will come back to us in time.”

Or, as another high-profile delegate, Sharry Sun, Global Head of Brand at Travelzoo, put it: “For the travel industry, our true product is the Earth. That’s essentially what we are selling. If there’s no view, or place to stay or good food to eat, then there is no industry. So, sustainability is a big reality for us, not just profitability.”

Thailand’s tourism industry has been developing since the 1960s, when international tourism took off and Bangkok airport became a regional crossroad for flights. Today, it is top of the charts for international visitors in Southeast Asia, with 38 million tourists visiting in 2018, followed by Malaysia on 23 million and Singapore with 16 million.

The good news for Cambodia is that it is making quick gains since opening up to tourism in the mid-1990s. This was a time when just 7,500 international tourists a year visited Angkor Wat. Last year, Cambodia registered the third-largest increase in tourism growth for the region, at 11 percent, behind only Vietnam and Indonesia.

Ministry of Tourism (MOT) figures show the number of annual visitors has grown by leaps and bounds, with 3.6 million arrivals in 2012, 5.6 million international tourist arrivals in 2017 and 6.2 million foreign visitor arrivals in 2018, an 11 percent increase over the previous year. In dollar terms, according to MOT Minister Thong Kong, who was speaking in February at the 7th National Clean City Day, tourism earned Cambodia 4.35 billion in 2018, which was 19.8 percent up on the previous year. 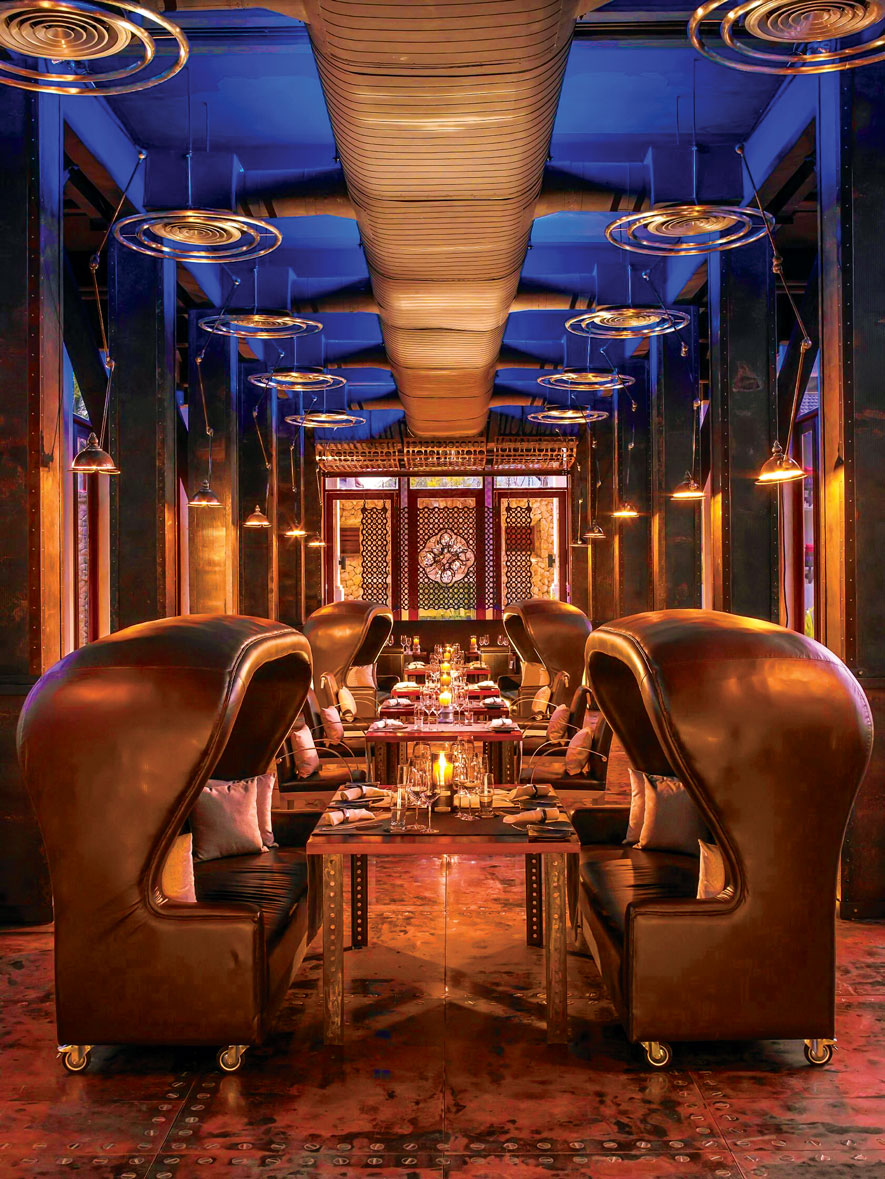 The Cambodia Tourism Marketing Strategy 2015-2020 report projected there would be 7.5 million foreign visitors annually by 2020 and this seems perfectly achievable. Further long-range forecasts suggest up to 15 million arrivals in 2030, bringing in an estimated $10 billion and creating up to 2 million jobs.

Clearly, tourism is an important driver of Cambodia’s economic growth and its share of the country’s gross domestic product (GDP) rose during the period 2010-17, from 6.2 percent to 16.3 percent. Furthermore, if foreign investment and other variables are taken into account, the World Travel and Tourism Council said: “The tourism sector accounted directly for 13.6 percent of jobs and for 30.4 percent when including jobs in related industries.” It added that the GDP contribution to Cambodia was dramatically incresaing.

Underlining the importance of tourism at the National Clean City Day event earlier this year, Cambodian Prime Minister Hun Sen urged Cambodians to keep the cities clean and look after the environment because it would look after them. “Now, Cambodia has become a popular tourism destination for the world and the government sees tourism as ‘green gold’.”

The prime minister’s reference to “green gold” is apposite because if Cambodia is to avoid falling into the traps that other Asian nations have fallen, it will need to protect the environment, look harder at sustainability and promote eco-tourism.

These initiatives may in the short term reduce the quantity of tourists but in the long-term increase quality and spending, which means that income is the same but the impact on the environment is less.

David Johnson, chief executive officer of Delivering Asia Communications and a sponsor of the PHIST summit, pointed to the “hard lessons” taught by the example of Maya Bay, near Phuket’s Phi Phi Island, which has closed for a deep marine natural healing programme. Boracay in the Philippines also shut down for six months to address serious “overtourism,” while Komodo National Park in Indonesia is considering how it can sustainably manage development.

“Sustainability is the issue of the day and it is here to stay,” Johnson believes. “It is a time for activism as the climate change issue has grown and already affects our daily lives. It is now not a `nice to have’ – but rather an essential part of operations for hotels. It can help save costs if done right and of course it helps the environment and should be aimed to embrace the communities in which the hotels operate. Many hotel guests now select hotels based on their policies and practices related to sustainability.”

Speaker after speaker at the PHIST event in Phuket pointed out that acting now and building sustainable tourism was about the next generation and providing for their future. As Anthony Lark, the president of Phuket Hotels Association and organiser of PHIST, put it: “We are the first generation to be freaking out about what plastic and pollution is doing to our planet and so we are trying to raise awareness of this issue. It’s all about the children, focusing on the next generation and what we are leaving for them.”

Certainly, Cambodia’s authorities are aware of this situation. In fact, as an Organisation for Economic Cooperation and Development (OECD) report on the issue makes plain, developing ecotourism has been on the drawing board in Cambodia since the late 1990s – but not much has been done about it.

The latest data suggests that just 1.3 percent of foreign tourists visit ecotourism attractions in Cambodia. Furthermore, upscale developments such as Six Senses Krabey Island, or the low impact glamping of Bill Bensley’s Shinta Mani Wild resort, are the exception rather than the rule.

This will need to change and, to an extent, this is admitted in the country’s Tourism Development Strategic Plan 2012-2020, which states that “ecotourism needs to be improved and developed, as part of a vision for sustainable development in the tourism sector”.

Cambodia has the potential to avoid the pitfalls of others and make the most of its tourism assets, but needs to take action and go for environmentally-friendly green gold rather than easy returns that have no future. As demonstrated by the PHIST summit, it’s a conclusion that many industry players in the region have already taken on board.

Cambodia’s tech-startup ecosystem at a glance

The US-China trade war is more than a year old now, with no end in sight.