If anything, the Cambodian banking sector has experienced its fair share of headwinds, either externally or internally. But the industry remains stoic, evolving and adapting itself to challenges, by tackling competition, digitising and meeting regulatory requirements.

If anything, the Cambodian banking sector has experienced its fair share of headwinds, either externally or internally. But the industry remains stoic, evolving and adapting itself to challenges, by tackling competition, digitising and meeting regulatory requirements.

Emerging from the grim Khmer Rouge days, one of the oldest banks in the Kingdom, Acleda Bank Plc knows hardship only too well.

Today, Acleda which began as a non-governmental organisation for small and micro-enterprise development has the largest market share of depositors and a total net worth of $800 million as at December 31, 2018.

The upgrade reflected S&P’s expectation that the bank’s risk profile would improve as the latter pursues a less aggressive growth strategy. 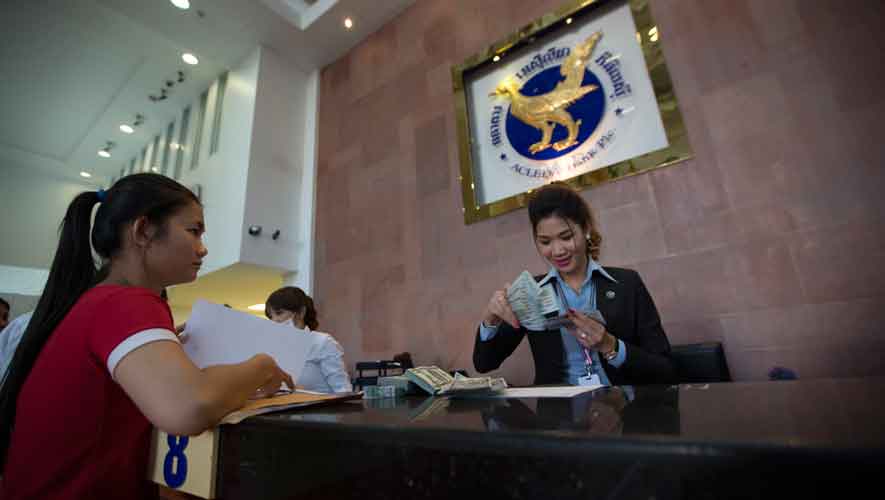 Acleda founding member and president In Channy tells Capital Cambodia that it is time to move to the next phase of growth, digitisation, that is expected to generate up to 70 percent of revenue contribution from its non-interest income segment in 10 to 15 years.

“In five years, one third of our revenue would derive from non-interest income which is mainly service fees from financial technology such as our ToanChet mobile app. In time, we will strategically develop Acleda into a digital bank,” says Channy, who is also the group managing editor.

The bank forecasts its interest income to shrink to 30 percent as it builds up its digital banking and e-payment segments.

The app, which provides banking and payment options, has registered one million users to date but the bank forecasts five million customers in five years.

“We had to make a provision due to the credit risk grading prakas (directive) issued by the National Bank of Cambodia (NBC) in 2017. This meant that if one loan has a problem, the customer’s other loans are affected. In FY16, our loans provision was $10 million but it tripled in FY17 following the prakas. It was the same in FY18. It is not a loss but a provision.

“The provision of one percent of the loan portfolio is made at disbursement and billed into 2018,” he says.

The prakas, indirectly addressing the risk of non-performing loans (NPL), echoes the grading, classification and impairment guideline under the International Financial Reporting Standards (IFRS 9) that is practiced by mature financial industries such as the US, Europe, Thailand, Singapore and Malaysia.

“The regulation focusses on the risk while the institution looks at risk mitigation. Everyone pays attention on the loan asset quality, and not growth. The loan asset quality gets better but the NPL in the overall banking sector stays high,” he explains.

In spite of the growth, the bank is resolute as it knows this buoyancy would not last.

“We charge every user an account maintenance fee of $6 per year. When it reaches five million users, the revenue generation would be more, guaranteeing stability.

The bank is able to reduce its ratio burden such as capital adequacy ratio, solvency ratio, and liquidity ratio.

Refugee to bank president, an insight into In Channy

Home-grown Acleda Bank Plc’s story is common knowledge but little is known about its founding member In Channy. The soft-spoken 60-year-old president and group managing director spent seven years in a refugee camp in Thailand.

“I went to a refugee camp during the communist period at the end of Khmer Rouge’s reign. The Vietnamese came to Cambodia.People called it liberalisation, I call it invasion,” he says at his office recently.

He attended school there where he earned a Bachelor of Education. In 1989, he was accepted on a scholarship to study Business Organisation and Management in Gwynedd Mercy College in Pennsylvania, US.

His job was as an informal sector development programme coordinator supporting widows, handicaps, ex-combatants and demobilised soldiers, who were displaced refugees. They were taught basic business skills such as development plans and book-keeping so they can set up small businesses to sustain a livelihood.

Channy grew up in a Buddhist environment and learnt early on from his mother and his university professor that the act of self-actualisation meant that one should recognise one’s full potential in life.

He was also taken by the participatory approach when he joined the college’s student council as a member where he learnt that every vote counts.

“Later in UNDP, Acleda’s co-founders and I were inspired to set up a non-governmental organisation that could help the people we were supporting, with seed money. They had no credit to begin with,” he says.

Channy’s friends, 27 of them, who became Acleda’s co-founders, decided to write a statute for an association.

“At that time, we were not sure whether the NGO would just provide vocational training or be a private company under the Labour Ministry. I presented the pros and cons of the options, and many voted for it to be an NGO because we did not have proper skills to train people and also did not want to be part of the government,” he adds.

Eventually, the group set up the NGO which was called Association of Cambodian Local Development Agency in 1993.

“I was made the president because everyone thought I had some experience in accounting and business management from his US degree,” Channy says. And the rest, as they say, is history.

This works well for the institution as it is able to cut operating costs through fewer staff, branch and offices.

“This is our five-year plan and we started implementing it a year ago. Each year, we convert nine offices into 24-hour digital offices with electronic infrastructure such as automatic teller machines (ATMs). We are adding 100 ATMs with point of sale features every year,” Channy says. 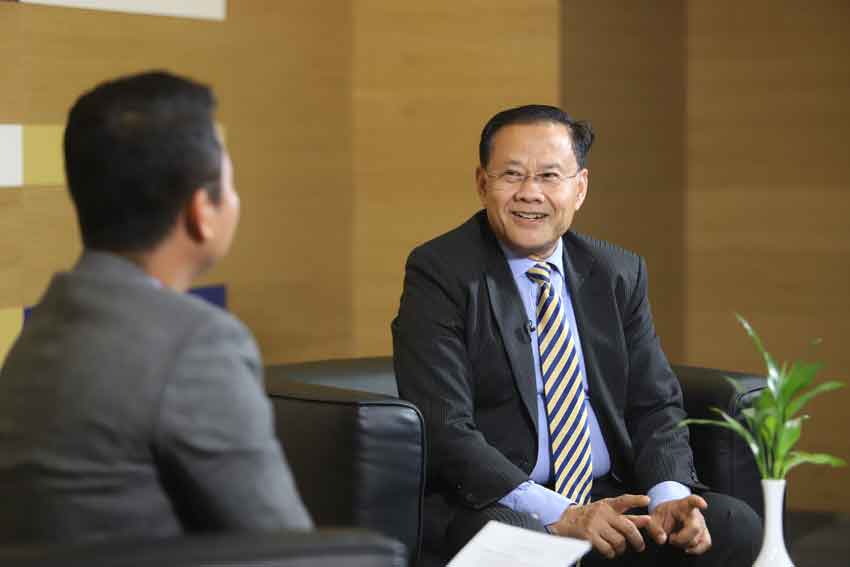 Acleda’s return on equity used to be between 15 and 20 percent but regulations have pushed it to focus more on risk mitigation, resulting in increased investment.

“So we started thinking, if we continue like this, our net profit would drop. However, if we invest in facilities to expand our payment services, we will feel less burdened on additional paid-up capital,” he adds.

Sericulture or the production of silk and silkworm rearing is an ancient industry in Cambodia, a pride of the nation. It nearly collapsed in the Khmer Rouge era.