The insurance sector in Cambodia has experienced stagnation and, at times, obstacles to growth.

Many people fail to understand what exactly insurance services mean and the benefits they could bring to the Kingdom’s greater population, despite the sector having attracted notable names
into the country and provided room for local insurance businesses to develop.

MILVIK (Cambodia) Micro Insurance Plc, a mobile-delivered health insurance provider, has been in Cambodia for approximately five years now. It uses innovative mobile technology to bring insurance and health services to underserved families in the capital city and provinces all round the Kingdom and is constantly looking at different ways to tap into more of the nation’s 16 million population.

Kim Tol Am, who took helm of the company in 2019 as chief executive officer (CEO), says while MILVIK is present
in different continents around the world, emerging markets have one similar characteristic in this day and age: mobile phone penetration. 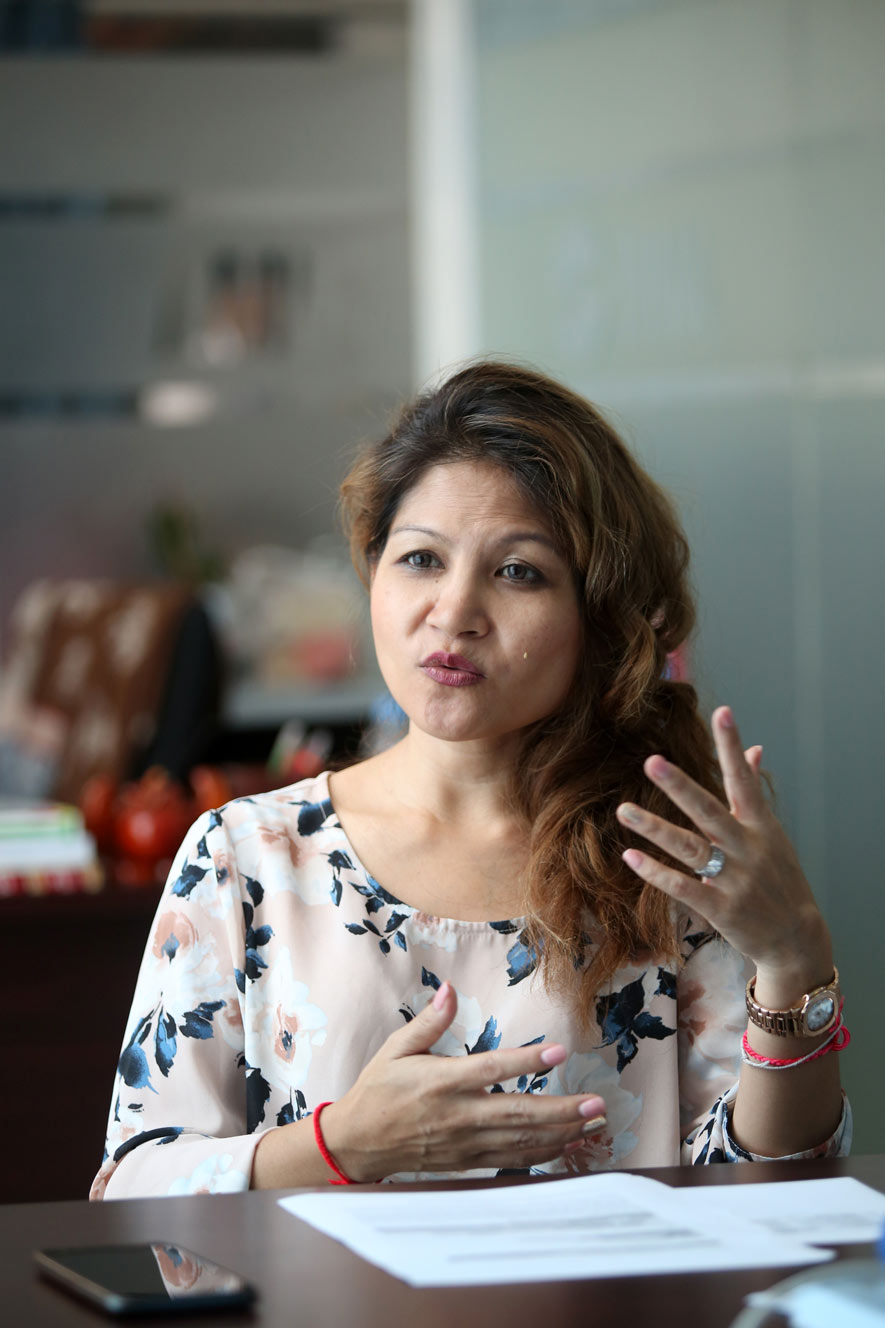 “Regardless of anything else that is happening, accessibility has been made easier through smartphones. People have been able to get handheld access and, in certain populations, smartphones are used beyond just making phone calls,” Kim told Capital Cambodia.

MILVIK Cambodia also operates under the brand name BIMA, which is more recognisable through its partnership with Smart Axiata and the SmartLife insurance product.

“Insurance is a financial service product and, because it is not tangible, we could not get customers through banks, because a number of our subscribers here do not have disposable incomes and so the question remains as to how
we can find them,” Kim said.

BIMA’s partnership with Smart allows their customers to buy their products at monthly sums of $1.60 or $2.40 according to the plans they choose. The amount is deducted via the airtime Smart’s subscribers top up in their phones.

Kim points out that BIMA understands its target market well enough and this understanding is translated into offering customers the choice to make the deduction on a daily basis that would lead to the amount they subscribed for by the end of the month.

“We don’t ask for the whole amount of the fund because some of them are not able to afford it at the moment, so what we do is we spread it out and make the deductions on a daily basis,” Kim elaborated, and then the deduction stops until the next monthly fee.

“There are also no long-term commitments because it works on a month-to-month basis and if customers are not able to complete their payment they would still receive the proportionate coverage as to what
they have paid.

While BIMA has enjoyed a consistent number of subscribers over the years between 360,000 to 400,000, they still face a number of challenges. One in particular that has been regular throughout the years is the lack of education on the importance of insurance in society.

The mobile-based insurance service provider boasts one of the largest call centres in the country, employing more than 100 agents to engage with their subscribers every day.

However, this was never the case initially because BIMA was losing some customers despite acquiring a higher numbers of others. This was because they did not understand the benefits. Another downside was the fact that as deductions relied on their telecom partner, subscribers who choose to stop using their network will prevent BIMA from further collecting their fees.

“Every call agent usually spends around 10 minutes engaging with each customer and seven minutes out of that is spent on educating them on what insurance is all about while the rest of the talk time is spent on explaining to them the products that are available,” Kim told Capital Cambodia.

A majority of BIMA’s subscribers reside in the capital city and the perception to their products differs from one to the other, or, as Kim points out, it depends on their background and education.

Another challenge that BIMA faces is when potential subscribers do not understand the deduction model and there are plenty of other value-added services they could also be subscribing to as well. However, over the years, Kim has observed that through constant education and engagement with their customers, increasing numbers of subscribers have learned to understand how the deductions work.

Recently, BIMA and Smart Axiata announced an upgrade to the Smart Life Insurance plan to meet the needs of a growing middle class. The upgrade will allow customers to be covered up to $5,000 and $10 per night for up to 32 nights of hospital admission under the Smart Hospital Insurance plan.

While the impact of increasing the price of the premiums has been considered, Kim points out that more and more customers have been sharing their feedback on wanting more benefits and more benefits would entail a higher premium being charged.

Kim says that while there might be some effects, the deduction model in place would aid in attracting more people to the new offerings and they could still obtain a level of insurance coverage according to the amount they have paid, even if it is not the full amount possible.

“I see that as beneficial for the price increase and it is not putting pressure on the customers to pay more,”
Kim said.

A lack of products under their portfolio has been contributing to their lack of growth as well, However Kim believes the tide will turn this year because she and her team are focusing on life and health products that will further allow BIMA to move into new market segments.

“There are customers that would like family coverage that could include their spouses and children,” Kim told Capital Cambodia.

The upcoming products
will consist of different tiers that will cover families, inclusive
of spouse, their parents and their kids as well.

BIMA’s understanding of the local market is translated through their products because their research has shown that an average Cambodian family will consist of three to four children and BIMA will continue to maintain a similar pricing in order to target a similar market but, this time, encompass a wider range of subscribers.

BIMA’s partnership with Smart Axiata has benefited them greatly. However, when asked about the prospects of collaboration with other telecom service providers, Kim told Capital Cambodia that BIMA
will continue to work with Smart Axiata and this is because an average Cambodian uses two smartphones and, with Smart Axiata having a huge a market share, they would like to tap
into that and cover more subscriber ground. 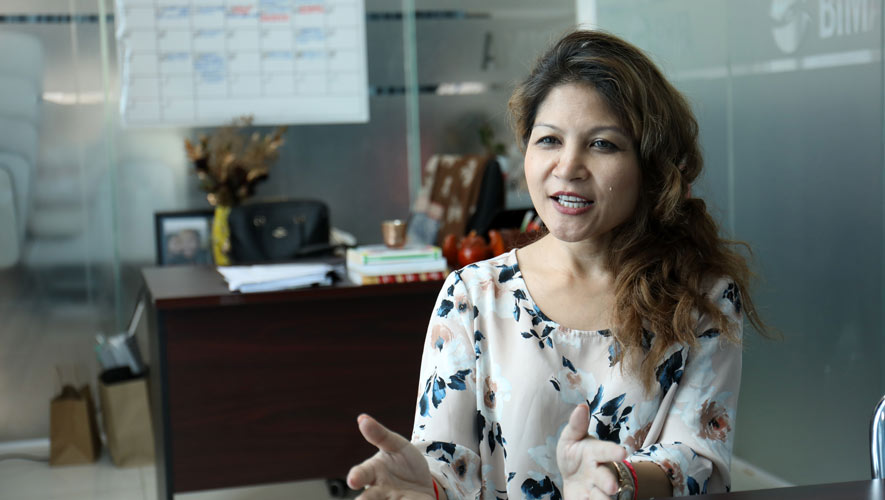 “We see more youths coming into the city from the provinces and the average age of customers is between 29 and 35 and this indicates that more youths are getting insurances in accordance with their lifestyles,” Kim says.

Kim believes that BIMA’s memorandum of understanding (MoU) signing with PiPay last year caters to the younger group of the market segment because app users do not require an agent to introduce the products and BIMA will be able to integrate their services into the app.

“We have that flow in Bangladesh, from introducing BIMA, so the products available and the subscribers will be able to choose what they are interested in and check it out. It’s basically self-enrolment and it could work with any mobile payment service provider,” Kim told Capital Cambodia.

BIMA will also be having further collaborations with Smart Axiata this year to offer more services to subscribers.

“Education is an ongoing process. I think for BIMA, we would want to continue to service our target clients so we would definitely want to stay in this micro-insurance sector,” Kim said.

However, one of the challenges Kim foresees is that alongside digitalisation, the regulator might not fully understand how BIMA can actually digitalise insurance products because they are not tangible. Their concerns revolve around whether customers truly understand what they are buying.

Kim points out that even by 2020, all a subscriber has to do is take a picture of their medical receipt and send it to BIMA via Facebook messenger and, after due verification processes, BIMA agents would use Wing or another payment channel to transfer the amount needed to cover any necessary medical expenses.

Moving forward, BIMA is also looking at mobile health services. That would mean hiring doctors to provide tele-health consultations as well
as e-prescriptions.

GIVE US A (TAX) BREAK