New investment in water treatment plants, and loan repayment will drive water tariffs for the commercial sector up at an average of 28 percent next year while rates for domestic users are kept low, says Phnom Penh Water Supply Authority (PPWSA).

Its director-general Sim Sitha says commercial rates would climb to an average of 1,300 riel (32 cents) per cubic metre from 1,010 riel (25 cents).

“The demand for clean water is high which is the reason why we need to build new water treatment plants,” Sitha says in an interview with Capital Cambodia.

In 2018, the total number of water subscriptions hit 367,018 users, an increase of 10 percent from 333,288 users a year ago. It is the highest client growth the company has recorded in a decade.

The water authority also registered a year-on-year rise of 11.2 percent to 33,744 users, with 30,517 of them being household consumers. Commercial and industrial consumers made up 2,898, which is a 5.2 percent year-on-year growth.

The annual increase is mainly attributed to PPWSA’s service expansion as a result of completed housing projects in the capital city.

“The growth in core water sales is a result of an increase in water consumption, and water demand. Average consumption per household subscriber per month went up 27.19 cubic metres from 27.03 cubic metres while commercial and industrial clients absorbed 106.64 cubic metres compared to 105.13 cubic metres,” says Sitha.

By the end of 2019, PPWSA would be able to produce 612,000 cubic metres of clean water per day, but it is unable to fulfil the daily demand.

“We plan to build three more water treatment plants, which are Bak Khaeng I and II, and Takhmao. The construction of Bak Khaeng I plant will start in October this year. It has a production capacity of 195,000 cubic metres per day and is scheduled for completion in 2022. The project costs around $240 million,” says Sitha.

Work on the Bak Khaeng II plant, which can produce 195,000 cubic metres of water per day, will start by 2022, and end two years later. The Takhmao plant has a production capacity of 30,000 cubic metres. 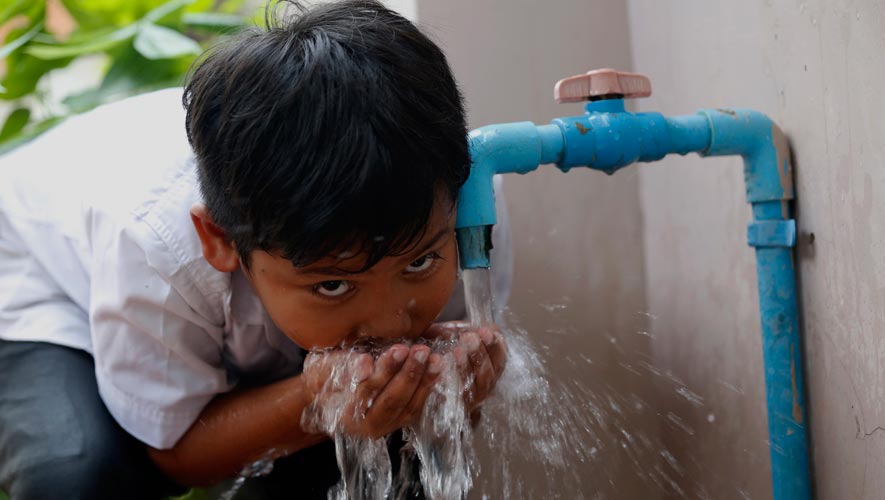 “We need to raise funds for the large investments, hence the hike in tariff in 2020. We did not increase the tariffs previously due to the government’s policy to retain low rates. However, the loan repayment has prompted us to adjust the tariffs but we are mindful of the rates for domestic users,” Sitha says.

He adds that the authority is selling water to domestic users at half the price of total production where cost per cubic metre is 990 riel (24 cents). It is sold at an average of 500 riel or 12 cents. By 2025, the government aims to supply up to four million households in Phnom Penh and Ta Khamo which is only 85 percent covered now.

Revenue, profit growth to moderate in 2019 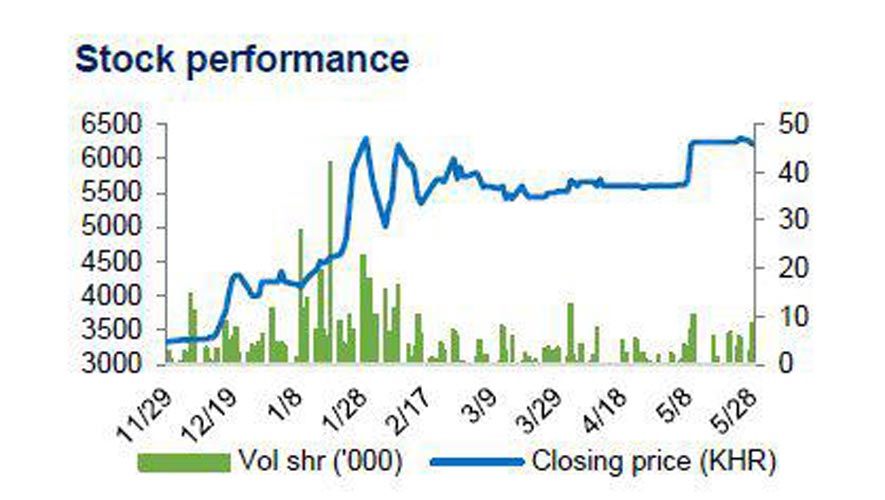 This year, PPWSA plans to sell 214 million cubic metres of water at an average rate of 1,010 riel per cubic metre with the expansion of the pipeline to 250 kilometres in Phnom Penh. It will connect 384,300 new customers. The expansion cost would amount to $48.2 million.

“Due to the expenditure incurred, we expect to collect a lower revenue of 246.5 billion riel ($60.5 million) and net profit of 53.1 billion riel ($13.0 million),” Sitha says. Net profit more than doubled to $18.4 million in FY18 from $8.3 million a year ago due to unrealised foreign exchange gains on borrowings.

Up to last year, revenue rose year-on-year despite subdued water tariffs since 2001 as the authority managed to contain water loss, otherwise known as non-revenue water.

The authority’s NRW is apparently one of the lowest in the region at eight percent. In fact, it is second to Singapore, at less than 10 percent.

“This enables us to sustain revenue growth. We have changed some production facilities to include energy saving mechanisms.

“It is difficult to maintain NRW. In 1993, we recall that NRW was 72 percent in 1993 but now it is below 10 percent. We want to maintain between six and eight percent,” he adds.

The authority expands its pipes by 200km every year to accommodate new housing projects amounting to 20,000 households.

The downside though is the low water pressure due to high usage but following the water treatment plant in Chamkor Mon in October, the issue is expected to diminish.

No more power cuts from now on, authorities promise