At just 41, father of one Kea Borann is fully aware of the economic and social tough times undergone by Cambodians from 1965 to 1997.

He recognises this also in the current generation of young workers he regards as entrepreneurial and willing to work for a better future for themselves and their children.

He is also chairman of the Cambodia Microfinance Association (CMA), indicating his strong support for the sector..

Kea says 2 million people in the country of 15 million have put savings into microfinance institutions (MFIs) in the last five to six years, largely because they pay a far higher rate of interest than traditional banks. 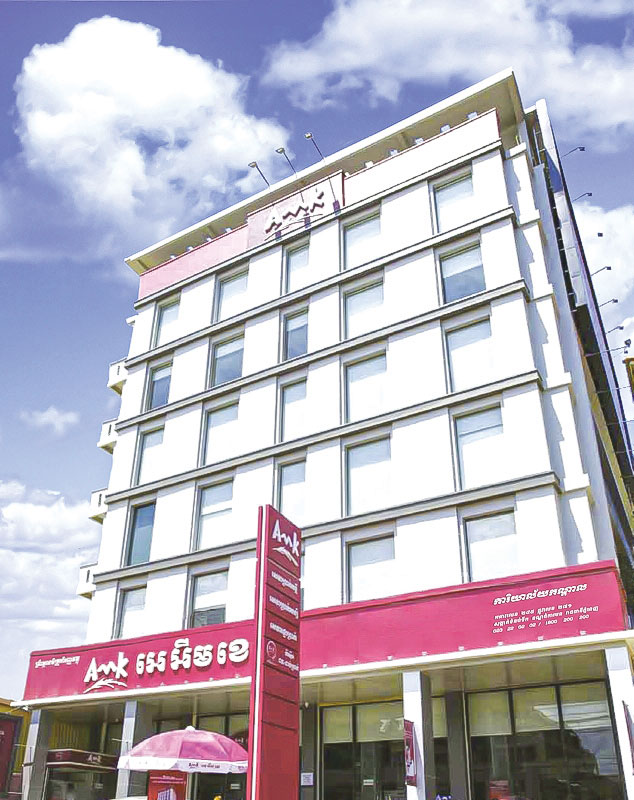 Rather than just acting as a loan company, he sees his organisation’s job as providing more social responsibility, ensuring customers’ welfare and security.

As such he has no respect for a joint report from the Cambodian League for the Promotion and Defence of Human Rights (LICADHO) and Sahmakum Teang Tnaut (STT) that the recent skyrocketing of levels of debt have led to a number of human rights abuses, including coerced land sales, child labour, debt-driven migration and bonded labour.

“This predatory form of lending, which has led to immense profits for MFIs and their foreign lending partners, has negatively impacted the land tenure security of Cambodians, especially vulnerable communities,” it said.

“Poor farmers should not be subjected to predatory financial activity, but rather have access to sustainable and community-managed financing.

“LICADHO and STT call on the Cambodian government, microfinance institutions and international investors to reform these practices and ensure that Cambodians are no longer forced to sell land and suffer human rights abuses in order to pay their debts.”

The National Bank of Cambodia (NBC) poured scorn on the report.

The CMA said the report on predatory lending paints a distorted picture and ignores significant contributions to poverty alleviation and financial inclusion by MFIs.

NBC Director-General Chea Serey said: “We have issued many rules and regulations on responsible lending and have taken an active role in promoting financial literacy to empower consumers.

“We agree with the CMA that there are flaws in the report. The practice cannot be generalised to the whole industry based on such a small sample size.”

She said: “The report’s claims do not reflect reality and needed to be reinvestigated.

“Nonetheless, this doesn’t mean that we will ignore the 28 affected if it is found to be true.

The findings were compiled from 10 communes in Kandal, Kampong Cham, Tbong Khmum and Prey Veng provinces, as well as Phnom Penh.

The CMA says with only 28 case studies presented out of close to 2 million loans currently on the books of the Kingdom’s MFIs, the report does not represent anything close to the full picture of MFI lending in Cambodia.

“The CMA takes reports of unethical or predatory lending practices very seriously and we will work with our members to investigate the case studies presented in the report,” Kea said.

“But we are extremely concerned that the report relies on such a small sampling of MFI borrowers in Cambodia and also that none of our members, or the association itself, was contacted by the report’s authors during the course of their work.

“We strongly question the unrealistic and negative portrayal of MFI lending in Cambodia where our members are bound by some of the most advanced and stringent risk analysis and mitigations procedures and some of the most rigorous client protection measures in the major microfinance markets in the developing world,” Kea added.

Debt to GDP has grown

He cited World Bank data that microfinance has been an integral part of Cambodia’s economic growth and has contributed to a reduction in poverty levels from 47 percent of the population in 2007 to 13.5 percent in 2014.

In its statement, the CMA acknowledged that the ratio of debt to gross domestic product has grown in the last few years. It also noted that the deposit portfolio at Microfinance Deposit Taking Institutions had grown 39 percent while the loan portfolio had only grown by 32 percent last year.

LICADHO and STT say they stand by their report.

There are 80 MFIs – which he acknowledges makes the market too crowded and in need of consolidation – as opposed to 43 commercial banks and 14 specialist banks.

Formally titled Angkor Mikroheranhvatho (Kampuchea) Co, it is better known as known as AMKand has more than 280,000 active borrowers.

AMK is the largest provider of credit in Cambodia in terms of borrower numbers and has branches in 23 provinces and Phnom Penh city.

87% of borrowers are women

AMK offers both group and individual loan products. A total of 87 percent of borrowers are female and 93 percent are group loan borrowers.

While per capita income remains low compared with most neighbouring countries, Cambodia has one of the fastest growing economies in Asia, with growth averaging 7.6 percent over the last decade.

It is these factors, says Kea, that have helped to lead the strong growth in MFIs among the nation’s approximately 14 million population.

Kea is happy with the attitude of the National Bank of Cambodia, the country’s central bank, which he sees as very open to clients and the MFIs and willing to adopt new recommendations.

“MFIs offer financial inclusion and are doing very well, rising from 8 percent of all loans to 60 percent last year. We actively approach farmers, who make up 40 percent of our customers and have proper policies to ensure they understand what loans are.

“We interview them, check their expenses and repayment abilities before approving a loan.

“We set conditions on repayment schedules and monitor them formally. We try to avoid the wrong people and seek out good customers.”

Kea says his organisation suffers 1.2 percent of non-payment loans, “but in our case we do not impose tithes because of the higher quality of our customers.”

He adds that his staff take into account drought and the prices of commodities.

He notes Cambodian farmers are often successful but are subject to vagaries such as the price of pepper dropping from $8 a kilogram to $2kg two years ago.

“We are better than banks because even though our customers are higher risks because we do not ask for collateral, unlike banks.

“If a customer can’t make a repayment we investigate why. It might be because of floods as in 2011 and 2013.

“We don’t chase the money – we actually give them more to help them get back on their feet.

Finance at your doorstep

“We know 3,000 to 4,000 people were adversly affected by floods. If the lack of repayments is because a customer lost money gambling, we negotiate smaller instalments.

“Otherwise we write the debt off. That amounts to 1.2 million dollars a year. Our profit last year was $6.6 million. We are nice. We provide a product our customers need.

“We proactively go out to them in villages. We take money by motorbike to rural areas.

“We provide finance at your doorstep, not in an office.

“Our costs are more expensive than rivals. We charge 5 to 18 percent interest depending on the customer. Our market share is 15 percent of the customer base but our profits are much lower than those of rivals.”

Kea predicts microfinance will rise in the future and there will be more financial education, something he wants the NBC to encourage being taught in schools.

As for the future, he wants to develop the one-stop shop philosophy for every service from loans, through deposits, transfers, payments, knowledge base and working with insurance companies.

“We have an app with a step-by-step guide to demonstrate what we can offer. It was launched in January and now has 10,000 users.

“I am optimistic about the future. I’m Cambodian and have never left the country. I believe in Cambodian people working hard for their future,” he says.

Cash is still king in Cambodia … for now

Some say coastal province Sihanoukville is like China’s Shenzhen about 20 to 30 years ago. It has many advantages including a seaport and airport, characteristics similar to Shenzhen.