Last week was yet another turbulent week for global stock markets, with the worst one days sell off since Black Monday in 1987 occurring on Thursday, March 12,  and the worst week since 2008.

Last week was yet another turbulent week for global stock markets, with the worst one days sell off since Black Monday in 1987 occurring on Thursday, March 12,  and the worst week since 2008. Although we are expecting markets to get worse before they get better, selling assets now, makes it highly probably that you will buy back in at higher prices.

There are however opportunities for those with capital or those with allocation to conservative holdings, because they may wish to take advantage of this record market decline. Other than the huge discount to equities, the other opportunity we are monitoring closely is the massive crash in the oil price (currently $31 a barrel, down from $63 in January), again we believe this has further to fall with the ongoing price war and the worst slump in oil demand in a decade. With a fair price of oil considered by many to be in the $45-65 range, this is a once in a decade trade that may present itself.

So, what is happening to the markets? There were three main contributing factors:

Oil price war coupled with a drop in oil demand 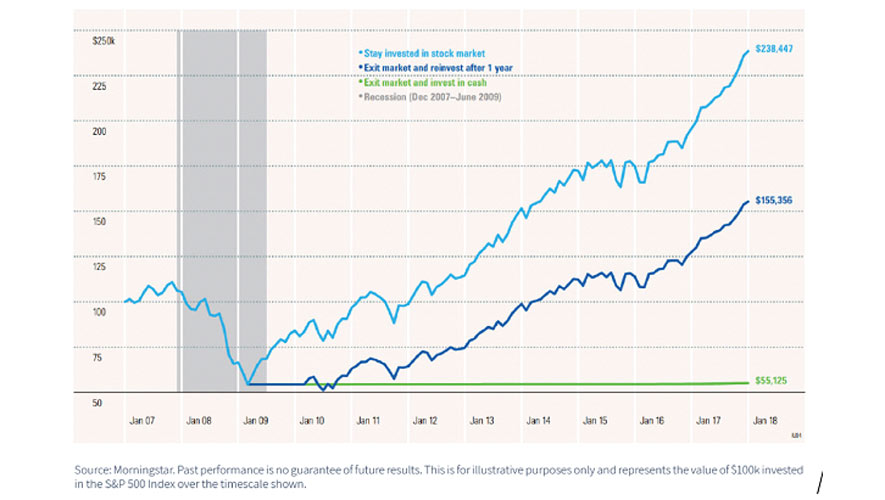 Coronavirus – The impact of Coronavirus on the markets and our day to day lives is growing as exponentially as the number infected. The statistics alone strongly suggest that both the virus and the markets are going to get considerably worse before they get better. Comparisons are often made to the SARS outbreak in 2002/3 and the Spanish Influenza in 1918. However, the reality is that SARS was not as widespread geographically or in terms of the number infected and the Spanish Flu occurred over 100 years ago, in a drastically different world from today. We are truly in uncharted territory, which is why investors need to be informed of markets and any opportunities on a daily basis.

Oil Price War – The world’s largest exporter of oil, Saudi Arabia, slashed prices last weekend after failing to convince Russia to participate in production cuts and this sent oil prices crashing by around 30 percent. With no resolution in sight and now a global drop in oil demand to the lowest level in a decade, expect the oil price to drop further.

Trump’s Travel Ban – Last week, Donald Trump made an announcement that the US would impose a travel ban for the 26 European countries within the Shengen Area. This has since been extended to include the UK and many other countries have followed suit. This huge step by multiple nations sent shockwaves through the markets.

For our clients with liquid capital we are ensuring they are positioned to step into the markets any day, given we are seeing the single best buying opportunity in more than 12 years.

Certainly, in the short-term we are preparing clients for things to get much worse but the key here is short-term. Investors with existing holdings should not sell as time in the market is the greatest defence against extreme periods of volatility.

The graph below demonstrates the importance of staying invested, showing the ending wealth values after a market decline. In the aftermath of the financial crisis, investors who held their position throughout ended up with a portfolio value ~50% greater than if they had decided to sell out of the market at its lowest point and bought back in one year later.

For our clients with liquid capital we are ensuring they are positioned to step into the markets any day, given we are seeing the single best buying opportunity in more than 12 years.

Adam Clark is managing partner, 10X Wealth Management, with 13 years in South East Asia advising expats on all manner of wealth management. He is based in Bangkok

Teetering on the edge?

How does smartphone data work in controlling Coronavirus?

China has built 31 highways and eight bridges for Cambodia with a total highway length of 3,000 kilometres. “What has the US done in this area?”, the Chinese Embassy said in reaction to the accusation by US against China on trade.

Multinational corporations, with their global advantage and financial heft, could potentially gobble up the market share of Asean SMEs unless a regional bank steps into the picture.