The government recently asked companies to consider ploughing money into timber plantations in the Kingdom that produce sustainable wood, arguing that these investments help protect the country’s natural resources.

Demand for wood is on the rise but few companies are investing in timber plantations in Cambodia, according to Sao Sopheap, secretary of state at the Ministry of Environment.

He says the government is also urging companies to process wood here and export wood products to foreign markets.

“The government now incentivises companies to invest in timber plantations, process wood products and export abroad through a zero-tax policy,” he said. “We want to see more timber plantations and more wood processing in Cambodia.”

Processing wood from sustainable sources helps protect the environment and creates jobs. “Our aim is to protect our natural resources,” he adds.

Generally speaking, sustainable wood, as compared with any other wood in the market, is obtained legally and gathered in ways that protect other existing trees in the forest, wildlife and the environment in which the wood is harvested.

According to the Ministry of Agriculture, from January to June five local companies exported furniture abroad, while three obtained licences to process wood. Those companies are mostly planting acacia and eucalyptus tree for commercial purposes.

A United Nations Development Programme (UNDP) report this year, “Sustaining Natural Resources for All”, highlights the importance of environmental sustainability for achieving continued economic growth and development in the country.

Cambodia’s forests are extensive, yet under serious pressure. In 1975, forests stretched over 73 percent of the country, but by 2018, they had shrunk to 46.84 percent, according to the report.

While reasons for the losses vary, one of the most significant ones relates to constantly rising demand for wood for construction, firewood, and charcoal. Meeting this demand, it says, mostly involves unsustainable supplies, such as from economic land concessions, and mining projects, imports, and confiscated illegal timber, leading to a spiral of degradation for people and ecosystems.

On the other hand, it says wood fuel demand has grown rapidly in recent years, with annual consumption now reaching more than 6 million tonnes, equivalent to clearing 71,600 hectares of deciduous forests each year.

The garment sector consumes 0.4 million tonnes of firewood annually. Factories generally use it to generate steam for ironing and washing processes, whereas electricity provides energy for lighting or sewing equipment. Some factories use up to 30,000 square meters of firewood per year.

The report suggests in the long term that an energy transition will be essential, drawing on alternative energy sources that are cleaner and more reliable, such as solar and wind power. For now, the sustainable management of wood fuel is an important step in this transition.

The government recently announced that it aims to have 15 percent of the energy produced in the Kingdom come from solar panels by the end of next year.

Keo Ratanak, director-general of Electricite du Cambodge (EDC), said Cambodia will be producing at least 390 megawatts from solar farms by next year.

The government is now focusing on solar power because it is cheap to produce in Cambodia and has minimal impact on the environment.

“We are prioritising solar power because it is good for the environment. We want to integrate green energies into the country’s economic development strategy,” Ratanak said. “The aim is also to diversify. Relying on just one energy source is problematic.”

A host of solar energy projects have been approved after earlier this year the country was hit by power shortages. Some of these recently-approved projects will come online in the next few months.

In May last year, a report by the UK-based Environmental Investigation Agency (EIA) said that around 300,000 cubic meters of timber – including endangered rosewood – had been smuggled out of protected areas in Cambodia to Vietnam with the help of local authorities through some $13 million paid in bribes between November 2016 and March 2017.

The recently signed European Union-Vietnam Voluntary Partnership Agreement commits Vietnam to a number of measures to strengthen import controls. The importance of these measures has been recognised by the EU High Representative and Vice-President Federica Mogherini, who recently said at the signing of the agreement that “controlling the legality of imports will be critical to full implementation of the Voluntary Partnership Agreement”.

Vietnam is likely to reach its export turnover target of $11 billion from wood and forestry products this year because the main season for business is in the last six months of the year, according to an official of the Vietnam Timber and Forest Product Association.

According to a report by the Forestry Administration, between 2014 and 2018, the administration cooperated with national and local authorities to crack down on about 8,600 cases of forestry crimes.

“The government’s strategy is to continue to reform land [laws] in order to strengthen management, allocation and use of land. It is also to ensure the security of land ownership,” he said. “[We want to] eradicate anarchy in illegal land occupation and prevent land encroachment by those who weren’t given an ELC [economic land concession].”

Environment Ministry spokesman Neth Pheaktra says government officials have been working to crack down on illegal logging for a long time.

“The crackdowns haven’t just started,” Mr. Pheaktra says. “Measures against illegal logging have been going on all the time.”

“Those who committed these crimes were identified and are now in jail for deforestation,” Pheaktra says. “We won’t tolerate anyone if we have enough evidence. The Environment Ministry has control of 7.5 million hectares of protected areas.”

“The Royal Government of Cambodia continues to crack down on illegal logging, improve law enforcement and disseminate education in order to increase public awareness and develop the lives of members of local communities,” he says. 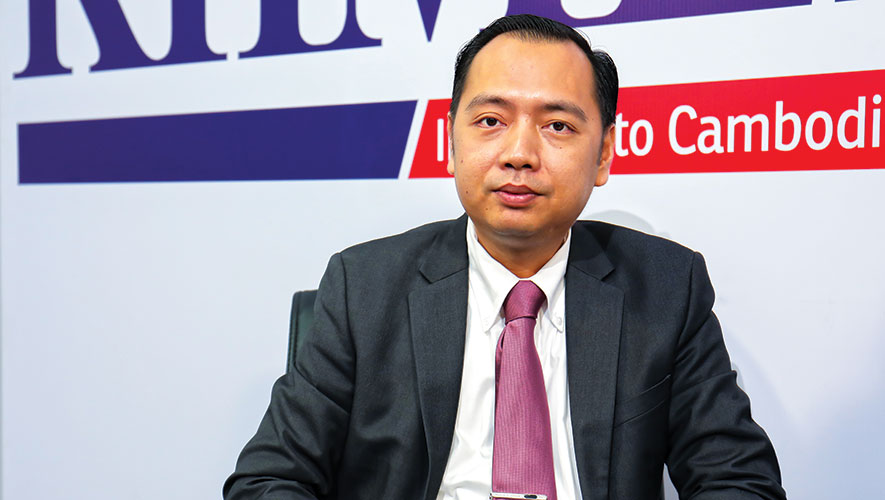 Properly managed and regulated harvesting and marketing of these non-timber products can deliver significant contributions both to forests and people in rural communities.

The main bamboo products include baskets, incense sticks and food sticks. These products are generally basic, labour-intensive and low in value.

The bamboo sector is characterised by labour-intensive production and rudimentary and low-cost product choices. Bamboo culm collection and processing contributes a household daily net income ranging from less than $2 to $34, depending on the proximity of resources and markets, available physical capital market demand and productivity level.

Moreover, the net household income from rattan collection per season can range from a low of $60 to a high of $575.

The processing of rattan contributes from $315 to $1,575 per year to a household.

Resin, in addition, has traditionally been harvested for income in at least 10 provinces. Major activities in the north and northeast take place especially in the Prey Lang Landscape and the Eastern Plains Landscape, where an estimated 28 to 43 percent of households engaged in resin tapping in 2014.

Permits and royalty payments are required for semi-processing of resin, which includes storage and additional activities considered beyond customary rights.

Collecting resin can provide a household with an income of $340 to morethan $1,700 per year, depending on the number and age of traditionally owned trees and market demand. The estimated value of the sector is $4.7 million to $15 million.

Protecting resin trees from illegal logging and enhancing production through plantings are important measures to secure and increase supplies.

An Mady Group, a local company, announced in July that it has begun growing bamboo and rattan in a plantation located in Tboung Khmum’s Ou Reang Ov district.

The company says initially 25 hectares are being cultivated, adding that the plantation will eventually expand to 10,000 hectares. Its plans also include a processing facility to create accessories and furniture.

“Bamboo and rattan have great potential in this market,” the company said, adding that it will use yields to build furniture for the domestic and international markets.

The company’s announcement comes a few days after the Senate passed a bill establishing the International Network for Bamboo and Rattan.

According to the bill, about 40,000 hectares of land will be provided to encourage farmers to plant and process bamboo and rattan and create an international marketing network to market their products.

A report by the International Bamboo and Rattan Organisation (INBAR), showed that international trade in bamboo and rattan is worth almost $2 billion a year.

Sovann Piseth, of the Rattan Association of Cambodia, says that Cambodia presents favourable conditions for growing the plants.

He notes that the association is now working with 12 communities in three provinces – Koh Kong, Sihanoukville and Kampot. Each community is composed of 3,000 to 8,000 families.

“We have provided these families the training to create the products that the market demands,” says Piseth.

According to him, domestic buyers are mostly hotels, guest houses, restaurants, supermarkets and furniture stores.

The products are also sold in Vietnam and China, with the association hoping to begin selling in Japan and South Korea soon.

Rattan and bamboo production in Cambodia, however, faces some challenges.

Since the first half of this year, with the deepening of regional integration and urbanisation entering the stage of inventory development, the degree of economic slowdown in some third- and fourth-tier cities in China has worsened.

I’m still struck by how fast everything has happened. Just a few weeks ago, it was as if I was living in a different world.