Spike in condo development is raising finance and infrastructure concerns

Spike in condo development is raising finance and infrastructure concerns

An influx of Chinese investment into the Cambodian real estate sector has led to a building boom, particularly in condominium development. But while that construction is spurring the country’s economy, there are many eyeing the situation with skepticism.

Many real estate professionals are now concerned that it might just be a bit too much. What happens if that foreign investment dries up and, if it does not, and construction carries on, can the country’s infrastructure – electricity, water, roads, and bridges – keep pace?

The country’s condominium supply is expected to grow 120 percent in 2019 with a 243 percent increase in high-end properties. And the risk of oversaturation is real, some analysts say, particularly in the mid-range and high-end condominium segments. That is already causing downward price adjustments, according to a forecast by commercial real estate services and investment firm CBRE Cambodia.

Slumping sales prices are not stopping construction, however, in a segment that already saw a surge of 57 percent last year. Although CBRE’s forecast is scheduled to be updated in the coming weeks, no big changes are expected, the firm says.

In all, 14,714 condominium units were completed in the first quarter of 2019 with $1.8 billion invested. By the end of the year, total condo supply is expected to reach 31,112 units from more than 80 projects in Phnom Penh alone. A similar situation is shaking out in Sihanoukville.

Dan Davies (pix), director of property management at CBRE, says much of the new development is being funded by Chinese investors and that raises some basic questions. “Who’s going to live in them?” he asks. “There is going to be a lot of empty properties.” 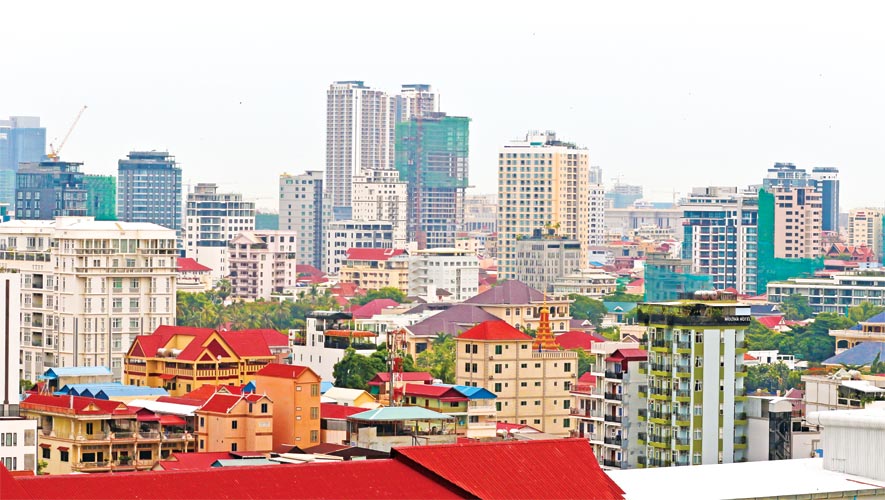 Davies is certainly not a doomsayer and he does not expect much in the way of change simply because too many people are making money off the boom, but he says he does have concerns. If it is done right, he believes, Cambodia can benefit greatly. “But that is still a big if. There is too much supply,” he says. “It can be good or bad. A lot of people are probably going to get exploited. There is not a lot of control.”

Tom O’Sullivan, chief executive officer of realestate.com.kh, says that while it is partially true that a lot of Chinese development is geared toward Chinese buyers, Cambodians are buying more condos now than they were four years ago. “Is there a need for more housing? Yes,” he says. “Is [current development] meeting the demands of the locals, sort of.”

The concern is not lost on the government. In its 2018 Financial Stability Review, the National Bank of Cambodia wrote that overall, investment in construction actually declined in 2018, partly due to weaker external demand from China. This, as a result of US-China trade tension and Chinese restrictions on outbound investments in the real estate sector.

Overall, construction investment dropped by 15.3 percent, according to NBC. The exception was residential real estate, which made up 87 percent of the total number of new projects. The condominium sector posted its fastest growth in years.

In the report released in April, NBC presented a mixed outlook for the sector. It predicted that it is possible that the supply could outstrip the demand.

NBC’s FSR states: “Although property markets in Cambodia seem unaffected at the moment, the risk of a property price drop should not be completely dismissed given the sizable role of Chinese investment in the Cambodian real estate market and risk of a potential slowdown in China.”

While the risk of a financial downturn is possible if the bubble bursts, Zoe Ng, director of Raintree Development Co Ltd, a boutique office development for fast-growing companies, says the financial fallout is not what worries her. Rather, she is concerned about the problems that come from inadequate infrastructure and the possibility of having lots of empty buildings, which could be breeding grounds for criminal activity.

Already, she says, buildings are going up at a pace that outstrips the infrastructure required to run them. Many buildings lack water and electricity due to poor planning.

Davies agrees. “Infrastructure is improving and foreign support from Japan and China, in particular, has helped with water treatment and roads,” he says. “But is this up to speed with the increased demand? Where I see the problem is in existing urbanised areas in the city such as BKK1 and BKK2 where large towers are planned but the roads and drainage, are not being upgraded. Already these areas experience flooding and power cuts.” 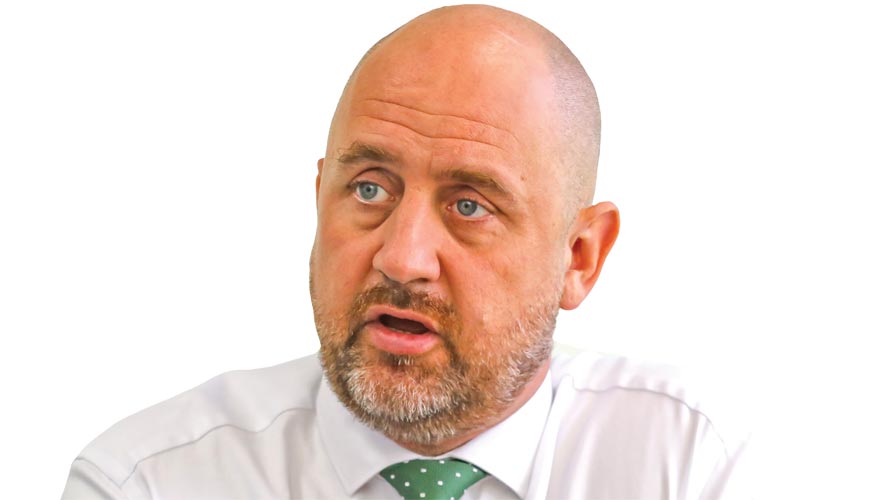 There is already evidence of problems. During the peak hot season of March, April, and May, this year was one of the worst for blackouts in some time. “Theoretically, there will be more blackouts,” Davies says. “Not just supply needs upgrading but the infrastructure to deliver new and larger transformers.”

O’Sullivan agrees that the country needs to keep up with the rate of development. He disagrees, however, that there will be “ghost buildings”.

He adds, “I don’t think there will be empty buildings but buyers might not be able to rent at what they are expecting.”

On everyone’s mind is just what might happen if Chinese investment stops.

O’Sullivan says the risk is real because China has curbed outbound investment before. He says it happened in Australia. “The money almost stopped overnight,” he says.

That said, O’Sullivan believes Cambodia is in a different position. “Cambodia is in a unique position,” he says. “I believe China sees [Cambodia] as a gateway to the region.”

Davies says Phnom Penh continues to spread outward into satellite cities and he compares the city a bit to Dubai in the sense that so many jobs are related to construction and the economy is dependent on more development fuelled by foreign investment.

“The risk is that so much of the country’s economy is reliant on China,” he says. “If that dries up, it stops.”