Anyone visiting metropolitan areas in Cambodia will have witnessed a change in the skyline.

The country has recorded a rapid increase of investment into its real estate and development sectors.

Phnom Penh and Sihanoukville for instance have experienced a completely facelift in terms of the numbers of condominiums and high-rise buildings, most of which have been approved.

Data according to the Ministry of Land Management, Urban Planning and Construction shows that the first nine months of the year saw the government greenlight construction projects worth $6.5 billion, recording a 34 percent year-on-year increase.

With more and more high-rise buildings mushrooming in the cities, 329 buildings are said to be five storeys or more. This in turn has spurred a demand for the lift business in Cambodia, attracting attention from international as well as local businesses.

“The market is certainly different than in Thailand,” says Sakchai Worrasangasilpa, managing director of Hitachi Elevator (Cambodia) Co Ltd. He refers to the difference in sales in Thailand which could amount to 10,000 units being sold a year while the market in Cambodia is far off that level.

Hitachi has observed a rising demand for elevators in the capital mainly followed by Sihanoukville, Poipet and Siem Reap.

According to a report by the Bangkok Post, the Cambodian market demands roughly 500 elevators and escalators a year.

Currently, 50 percent of Hitachi’s sales derive from residential projects while 30 percent comes from casino operators. Hotels and resorts account for the rest.

Each lift costs around $40,000 and Hitachi Cambodia has achieved 50 percent of its sales target this year. Sakchai is optimistic the company will be able to achieve the set target by year end.

It should to be noted that the 150 sales target set by Hitachi Cambodia includes both escalator and elevators. In terms of sales of escalators, 30 percent of the set target has been achieved. Escalators are also sold at $40,000 per unit. 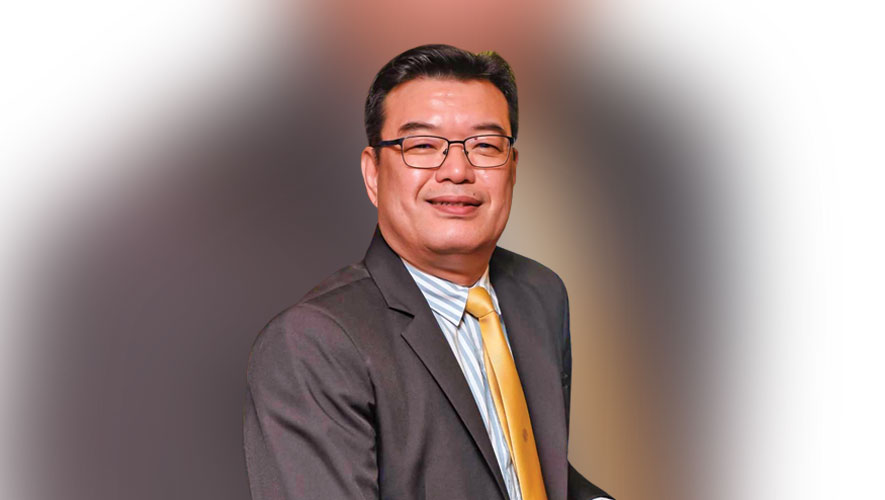 However, by 2021, Sakchai says demand might hit a snag because there seems to be an increase in project delays as well difficulties in predicting whether demand will stay consistent.

He points out that the low-end market is often dominated by local and Chinese companies while brands such as Hitachi, Schindler and Mitsubishi focus on the high-end market.

Sakchai says that because of the slowdown in development expected in a year or two, players in the elevator industry would rely more on maintenance fees for revenue.

Maintenance fees often vary depending on the number of floors in a building. On average they range from $100 to $150 per month.

News reports have shown that companies such as Fuji Elevator (Cambodia) Co Ltd have observed a slowdown in business starting from last year because of many high-rise projects being put on hold, recording a decrease of 20 percent.

Sakchai says quality is one of the pressing matters in the elevator and escalator industry. While international companies often have to abide by quality standards set by their parent companies, the same cannot be said about a big number of businesses in the sector.

Hitachi Cambodia conducts its own internal quality control and makes sure tests are done upon completion of installation.

However, Sakchai does say there is a lack of third-party consultants, unlike in Thailand, to test elevators after initial checking, and there is lack of knowledge among new developers.

These are matters that need attention, he says.

Sakchai goes on to say that while parts from Japan are considered to be too expensive for the Cambodian market, Hitachi still maintains good quality by importing parts for elevators from its factory in Thailand and parts for their escalators from Hitachi’s factory in China.

K&K Life, an elevator supplier in the capital Phnom Penh mentioned that companies should take the highest responsibility in delivering elevators of good quality in order to prevent fatal accidents, according to news reports.

The company imports parts for their lifts mostly from Greece.

Construction sites in the capital and provinces are highly unregulated and dangerous despite regulations and warnings in place by local authorities, with workers often facing the risks of falling from high-rises or even being crushed under unstable elevators.

Three died on a condominium construction site following a 16-story fall in an elevator along 65 Street just east of the Holiday Hotel in Srah Chak commune, Daun Penh district, Phnom Penh, at 11.20pm on Oct 13.

They were aged 21, 35 and 31 and were killed instantly. Authorities are investigating.

Cambodia’s tech-startup ecosystem at a glance

Best prices ever seen in Cambodia Real Estate, Friday the 12th of June, 4 hours only

Can foreigners own land in Cambodia? The short answer is No. But the Royal Government of Cambodia has eased on this restriction by allowing foreign nationals to own property via Strata Titles.