The Cambodia airline market is flying higher and faster than it ever has with an estimated 10.5 million passengers expected this year. More airport development is planned and the government estimates that the country will be receiving seven million tourists per year by 2020. What is not growing, and is not expected to grow, is the domestic market. And there are valid reasons for that, according to analysts and airline executives.

The spike in passenger statistics, like many things in Cambodia, is driven largely by Chinese tourism, mostly those who enjoy gambling. According to CAPA, the Centre for Aviation, air traffic to and from Cambodia has more than tripled in the last 10 years with most of those flights originating in China.

With all eyes on the growing international market, any semblance of, or interest in, a domestic market has been relegated to a necessary afterthought, a way for carriers to make a few bucks – or lose a few bucks – while ferrying a plane to where it needs to be for an international flight.

Industry insiders say a local Cambodia service is something most airlines would like to avoid if they can.

‘No airline breaks even’

Cambodia is a small country and only has three airports, which are only a few hundred kilometres apart, a distance easily drivable, even if the roads are bumpy. The most time a passenger can spend in the air in Cambodia is 45 minutes. With the price of a ticket generally above $100, it is not feasible for locals and not an incentive for airlines, which lose money operating these routes.

“The current gross domestic product per capita does not support a domestic market,” Chan says. He adds that there is no domestic market because taxes and charges make operating local flights the same, if not more expensive, than operating the airline’s international flights. 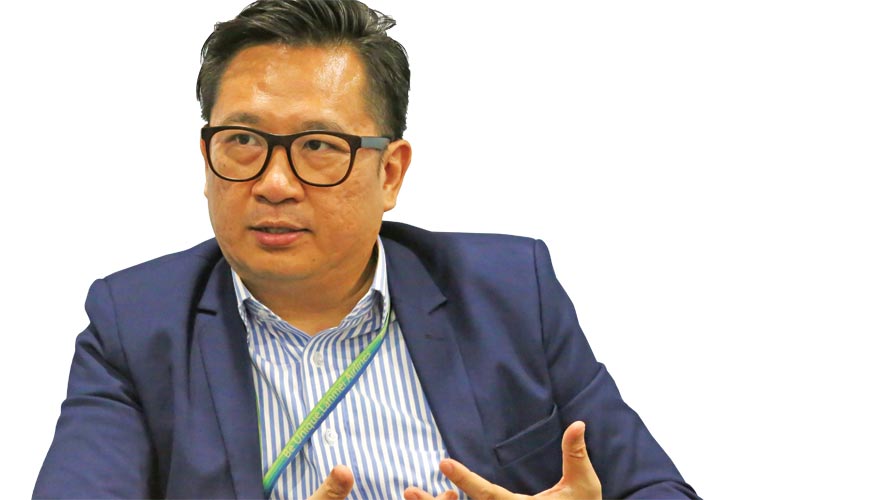 “For current local airlines, the main issue is not to lose money, and survive,” Chan says. “As you know, many airlines come and go without knowing the cost of doing business in Cambodia –and it’s not cheap.”

Chan refers to the 10 percent value-added tax on fuel, something not required for international flights. He says operating locally is only possible if airport charges and taxes come down.

“The local carriers do not have government subsidies and incentives and the more we fly domestic the more we lose,” Chan says. “With all the existing sky-high airport ground handling charges, navigation charges, Cambodian tax and passenger service charges, no airline in the world can break even flying domestic.”

He adds that this year, authorities are imposing a higher and additional tax on the local airlines. “Unless the government reduces charges and creates incentives for local carriers, it will be very difficult to stay in business,” Chan says.

There are currently five local carriers in the market, which has already seen 27 airlines go belly up.

“Cambodia has always had a very limited domestic market,” says Brendan Sobie, a Singapore-based CAPA analyst who has spent years reporting on the Cambodian market. “Cambodian residents have traditionally travelled via other modes which are naturally cheaper.”

Sobie says that, over the years, the flag carrier Cambodia Angkor Air has consistently provided domestic connections between the three airports and, in recent years, some of the other airlines have also provided domestic services. But the focus for the airlines has and continues to be on the international market. Angkor Air did not return requests for comment.

Phnom Penh airport has seen double-digit growth every year this decade. This year, Sihanoukville, a popular destination for Chinese gamblers, will exceed one million passengers for the first time. To put that in perspective, four years ago, in 2015, the airport had fewer than 100,000 passengers and virtually no international services, according to Sobie.

The analyst, who has conducted several reports on the Cambodian market over the years, says the figures are staggering. “The biggest driver has been China,” he says.

According to Sobie, total passenger traffic at Cambodia airports has increased from 3.25 million in 2010 to 10.5 million in 2018, more than tripling.

The focus for all the airlines has, and continues to be, on the international market. “It is not surprising the [local] airlines have not maintained these [domestic] flights consistently or have been sporadic with their scheduling,” he says.

The growth from China can be seen in the visitor figures because almost all Chinese tourists arrive by air.

There were only 178,000 Chinese visitors to Cambodia in 2010. In 2018, there were just over two million and, this year, there were will be nearly three million, according to CAPA data.

“It’s safe to assume Chinese residents accounted for around 40 percent of all passenger traffic last year in Cambodia and this year that portion will be even higher – perhaps even reaching 50 percent,” Sobie says “This is extraordinary.”

Simonas Bartkus, chief marketing office at Switzerland-based ch-aviation GmbH, a provider of data services to the airline industry, says he sees the Cambodian market moving quickly in the next decade.

He says inbound tourism traffic from China is booming and it will continue to grow the numbers even if it is more of a challenge for Cambodian airlines than Chinese airlines.

“I can see some similarities with the Indian market,” Bartkus says.

“It is a very challenging market for airlines to operate profitably.”

Sobie agrees and thinks there could be a market shakeout.

“Overcapacity is a problem even with the rapid growth because there are too many Cambodian airlines,” he says.

Should Asia have a common currency?