Prime Minister Hun Sen’s efforts to push for a stronger bilateral trade relationship between Cambodia and other countries in the region and elsewhere is proving to be a successful tactic.

Prime Minister Hun Sen’s efforts to push for a stronger bilateral trade relationship between Cambodia and other countries in the region and elsewhere is proving to be a successful tactic.

He was not able to attend the 2019 Association of Southeast Asian Nations – Republic of Korea (Asean-ROK) Commemorative Summit held in Busan, South Korea, in late November, but Cambodian Commerce Minister Pan Sorasak attended on his behalf.

The trip proved to be successful with both Pan and his counterpart South Korea’s Trade Minister Yoo Myung-hee signing an agreement to launch a joint feasibility study into the creation of a free trade agreement (FTA).

The move was a follow-up of the meeting between both countries’ heads of state in March when they agreed to increase bilateral trade volume and explore the possibility of entering into an FTA.

Trade volume at its highest

A statement from the Ministry of Commerce pointed out that the agreement covers negotiation procedures to establish a joint feasibility study after a consultation conducted by technical officials from both countries was completed.

According to data acquired from the Korea Trade-Investment Promotion Agency (KOTRA) in Phnom Penh, trade volume between both countries stood at $0.97 billion in 2018 and is set to hit the $1 billion mark this year.

“This is the highest trade volume in the last 10 years and this marks the enhancing relationship both countries continue to enjoy,” said Shin Jong -soo, director general of KOTRA, Phnom Penh.

KOTRA serves as the commercial section of the Korean embassy in Cambodia establishing a business platform by producing a variety of business models to contribute to the future development of both countries.

Shin says as discussions on a possible bilateral FTA are under way, more and more companies have expressed an interest in  investing in the Kingdom. Although initial interest pointed towards the garment industry, lately there has been a diverse interest focusing on areas such as the financial sector and transportation materials sector.

South Korea’s President Moon Jae-in’s New Southern Policy has played a role in influencing companies and businesses in South Korea to look towards countries in the Asean region. His trip to Thailand, Myanmar and Laos in September this year has been all about diversifying diplomatic and economic ties.

“Before the new policy, South Korea had a major trade relationship with the superpowers of the world and now President Moon wants to have a similar relationship with countries in the Asean region,” says Shin, who further highlights that Cambodia in comparison with Thailand, Laos and Vietnam is proving to be an ideal platform for investments.

Shin says that with Cambodia as Vietnam’s neighbour will allow Korean companies specialising in electronics to set up base in the Kingdom and supply parts to the growing cellular phone industry in Vietnam.

He goes on to say that as Laos has enough supply of electricity and a good tourism market, the population is relatively small while Myanmar has a large population, its recent decision to open its doors to foreign investment may take a while to attract investors because there are layers of regulations for companies to get through.

According to the KOTRA director general, what makes Cambodia very attractive is the speed in which development has taken place and the attractive gross domestic product  (GDP) growth allowing for more Korean companies to tap into the market.

As more and more infrastructures make their mark in Phnom Penh, one of the key drivers of the trade volume between both companies has been the construction sector. Shin says while Chinese machinery has proven to be popular in the market, however, in terms of specialty machines, Korean companies are the leading contenders.

Furthermore, the agriculture sector has attracted significant attention with Hyundai Agro facilitating the import of mangoes from the Kingdom into South Korea, which was something Myanmar had failed to accomplish. 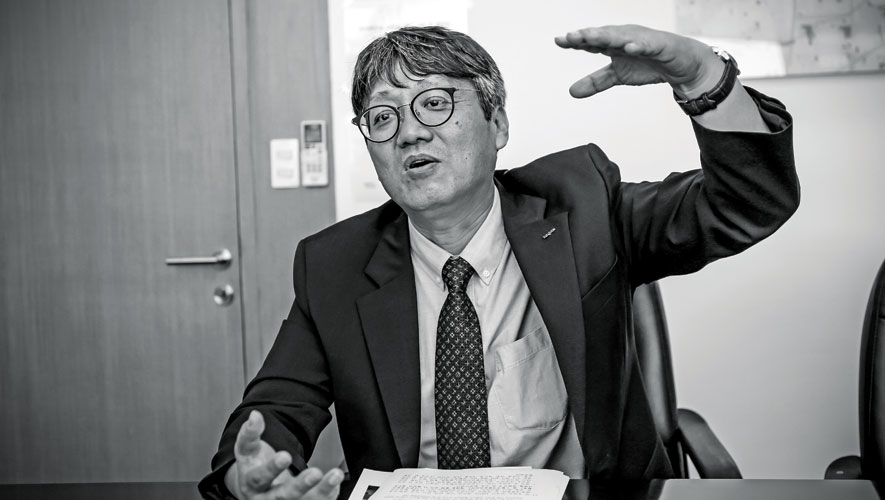 Hyundai Agro’s decision to come to Cambodia and open up a plant quarantine had managed to get the nod from the South Korean government’s Animal and Plant Quarantine Agency.

A representative from the Korean exporter stated in a news report that Cambodian mangoes are ready for export to the South Korea market with the first shipment officially setting sail in early November.

Hyundai Agro managed to launch a three-hectare fruit processing facility in Kampong Speu that is said to process up to 50,000 tonnes of fruit a year.

Shin credits this to the ever-expanding financial technical sector in Cambodia with other major banks such as DGB Specialised Bank, Kookmin Bank Cambodia Plc and Woori Finance Cambodia.Shin, however, believes that if the discussion on a possible bilateral FTA proves to be successful, more Korean companies from the beauty and technology sector would be able to penetrate the market.  With the possibility of a tailor-made FTA, trade volume between both countries could be doubled, Shin says.

“We are hoping the discussions are going well as we speak and we hope to expect the outcome soon, which could start benefiting the trade relationships between both countries,” Shin says.

South Korea had mainly exported knitted textiles, trucks and beverages to Cambodia while importing clothes and shoes from the Kingdom.

As for the looming Everything-but-Arms (EBA) issue, Shin says both KOTRA and Korean companies are monitoring the situation.However, while having the EBA deal would prove to be beneficial in easing the processing of doing business, the issue they are more concerned with would be on attaining an edge in global competitiveness.

The managing director of Hyundai Agro had pointed out that competition from Vietnam, Thailand, Peru and the Philippines could prove to be an obstacle when it comes to exporting mangoes to South Korea because Vietnam and Thailand enjoy a very low cost of transportation in the form of an air cargo connection.

Shin goes on point out that as most government policies benefit companies in doing business in agriculture, there is a need for diversification of policies that will allow Korean companies in other sectors such as technology-based services sectors as well as areas that have not been introduced in Cambodia to have an easier time conducting businesses.

The cost of corruption in the Kingdom

Cyber crime is big business with nearly half of all cyberattacks committed against small businesses. Three years ago, global researcher Cybersecurity Ventures announced that cybercrime will cost the world $6 trillion annually by 2021 from $3 trillion in 2015.

Many challenges face sector including poor quality of some paddies