“I said, you know, Cambodia is like cha-cha-cha. We take two steps in front, and then we take one step back. But we always step forward,” recounts Dr Siphana.

With a laugh, spirits lightened. But the mood back home was uneasy.

Cambodia is facing the potential withdrawal of preferential treatment under the Everything but Arms deal, which gives least-developed nations tariff-free access to EU markets. Revoking Cambodia’s access to the EBA would hurt its core garment industry, potentially disrupting the lives of hundreds of thousands of factory workers with knock-on effects on the economy. Upcoming EU tariffs on rice exports, meanwhile, have already begun to hurt manufacturing output at Cambodia’s primary agricultural business. Speaking in an interview with Capital Cambodia, Dr Siphana said efforts to pursue more trade deals must be intensified, a move that would broaden market access while gradually weaning Cambodia off its dependence on the European market.

“We don’t have enough bilateral deals,” laments Dr Siphana, a veteran lawyer and secretary of state who led Cambodia’s entry into the World Trade Organization in 2004. “We need access to markets. We need to diversify production away from garments. What else can Cambodia manufacture? Electronics. We need to move up the value chain.”

Cambodia should pursue deals with nations that share existing trading relationships with the Kingdom such as Cote d’Ivoire, Dr Siphana said. “Why not explore Russia, for example? Russia and Eurasia are all emerging markets. How about Africa? The Francophony? Why not? There’s a wealth of opportunity there.” 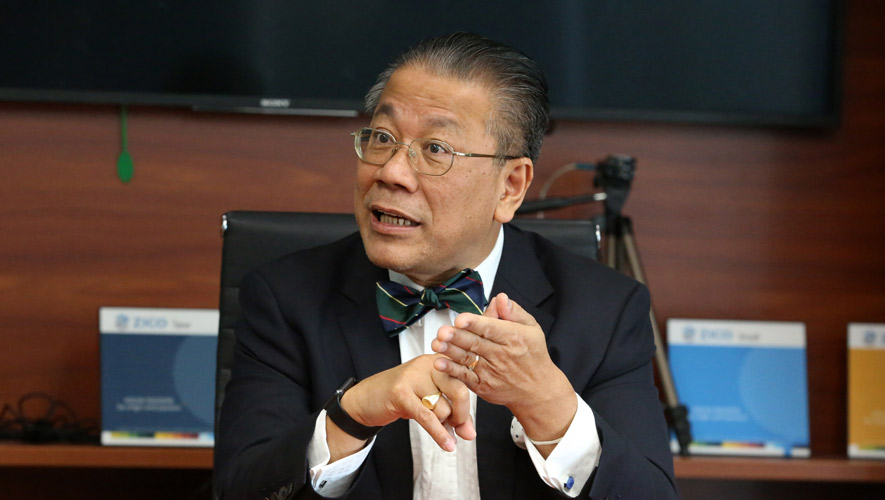 While these individual deals may not necessarily be large in size, Cambodia’s small manufacturing capacity means it does not necessarily require a large individual market for its products, Dr Siphana argues. He believes Cambodia’s future is linked to the Regional Comprehensive Economic Partnership, a multilateral trade agreement that aims to significantly cut import duties, boosting trade and services while promoting investments and intellectual property rights.

The RCEP could potentially be the world’s largest trading bloc, accounting for 3.4 billion people with a total GDP of $49.5 trillion.

The deal between the region and six of Asia’s most powerful economic capitals – Australia, China, India, Japan, South Korea and New Zealand – could bolster Cambodia’s exports, perhaps fending off an exodus of manufacturers due to the removal of EBA access. RCEP negotiations have reached an advanced stage and talks on the mega trade deal could conclude this year, Dr Siphana said. Cambodian officials voiced confidence RCEP talks would be concluded by the end of last year but Singapore – then chairing the Asean grouping – could not push for a conclusion of the deal due to concerns raised by India. Indian officials feared the elimination of duties under the RCEP could trigger the flooding of its markets with Chinese goods.

“There are a few outstanding national issues in some countries but the RCEP has to be completed because the world needs that and our region needs that in the context of a very turbulent multilateral world,” says Dr Siphana. The call to action by the gritty Dr Siphana comes as Cambodia enters a year that could see the economy grow at the slowest pace since 2009, the aftermath of the global financial crisis.

“If the EU moves ahead with the withdrawal of Cambodia’s EBA status after the six-month review, this would put significant downside pressure on real GDP growth,” analysts at Fitch Solutions Macro Research say. “Furthermore, there is a possibility that the US may follow suit and also remove Cambodia’s preferential trade access to the country.”

Within the region, the ongoing dispute between the US and China over trade may also drag demand, hurting export-driven economies such as Malaysia, Vietnam and Cambodia.

As the impact of the trade war sets in, China, Cambodia’s biggest foreign direct investor in recent times and a keen geopolitical partner, is expected to grow at the slowest pace in almost three decades in 2019, according to a recent Nikkei survey of economists. 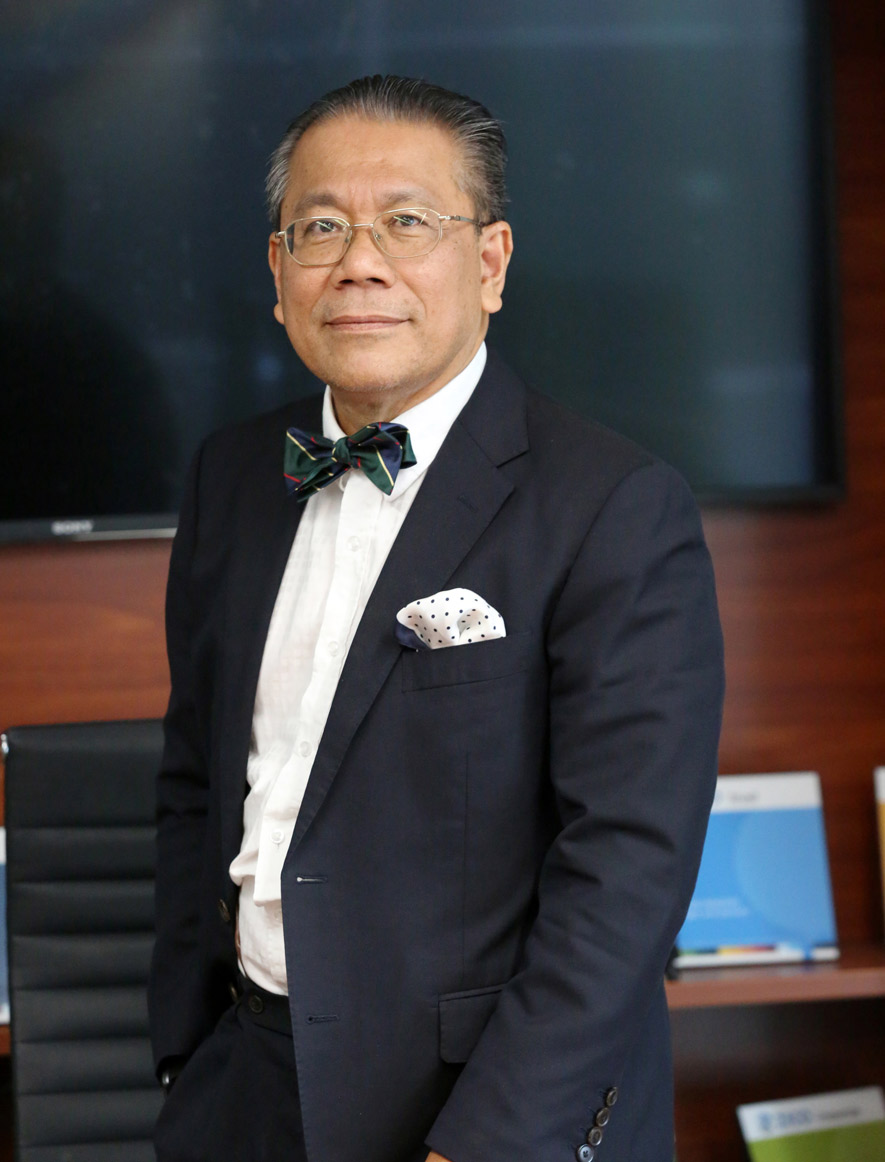 Dr Siphana thinks Cambodia could potentially emerge as a winner in the US- China trade war as companies reshore factories to escape trade tariffs slapped by the US and China against each other. Companies are drawn to Cambodia as a result of its relaxed income repatriation regulations, which allow no-frills withdrawal of business proceeds, Dr Siphana says. But even these benefits could be diminished if Cambodia loses EU preferential treatment, experts say. “Growing concerns from the West on political persecution is going to prevent Western companies operating in China from moving their production to Cambodia,” says Anirban Lahiri, Head of Research at VNDirect Securities Corp.

Dr Siphana is now leading ongoing talks with European Union officials in an effort to retain Cambodia’s access to the EBA.

“As a small country I tell you, it’s not easy because we do not have the critical weight of the market to command respect from the others,” says Dr Siphana.

“Cambodia is a case where we cannot be idealistic because what do we have to give? If you have a market of 80 million, you can say, `I will open up my market in exchange for this and that’ but in the case of Cambodia, it’s much harder.”

Looking ahead, Dr Siphana says a more severe deterioration in EU-Cambodian relations will likely be the trigger for increased prominence of China in the local economy. While Cambodia wants to be “friends with everybody”, China is a “neighbour”, and its investments and economic expansion are evident in the region, Dr Siphana says. Already, China has apparently lent support to Cambodia against the EU, with regard to the EBA issue. In July, Chinese envoy Xiong Bo reportedly criticised the EU for threatening to revoke Cambodia’s access to the EBA.

Trade relations between Europe and Cambodia “should not be changed in accordance to any political reasons,” Bo said. “No matter what the EU decides to do, China will continue to expand and deepen cooperation with Cambodia in all fields, especially in terms of trade and economic relations,” Bo said.

Dr Siphana expresses puzzlement on the push to revoke Cambodia’s EBA access – just as the nation begins to enter a critical stage of economic development. The irony, Dr Siphana points out, is that European investments were a major driver behind Cambodia’s speedy economic growth over the last two decades.

Dr Siphana argues that Cambodia has left the economy “wide open” by giving free market access to foreign firms, and allowing worker unions to thrive. But that approach has only given way to further demands by trading partners such as the EU. In a sense, Dr Siphana says, “Cambodia is a victim of its openness”. CapCam

CAREER
2009 to present
Advisor to the Royal Government of Cambodia

2013 to present
Senior Advisor to the Ministry of Commerce

2013 to present
Advisor to the Council of Development of Cambodia

The man behind the scene

No more power cuts from now on, authorities promise