The reform of the tax regime in Cambodia has been a boon to the state. In the past five years, measures implemented raised tax revenue by 243 percent, boosting the national budget. Most of the tax revenue was generated from profit tax, domestic excise, and domestic value-added tax (VAT).

Reforming the taxation scheme was a necessity for Cambodia to ride the headwinds in the economy flowing from the uncertainties relating to European Union, the US, and the heated trade war over tariff and commerce with China. Indications are also there that Cambodia would likely migrate out of the Least Developed Country status in the next five to 10 years as it becomes a upper middle income nation. It means that core earnings would have to strengthen as foreign aid is expected to slow down, compounded by the impending loss of the special preference treatment by EU and the US. The national budget would need to be supported from within Cambodia. 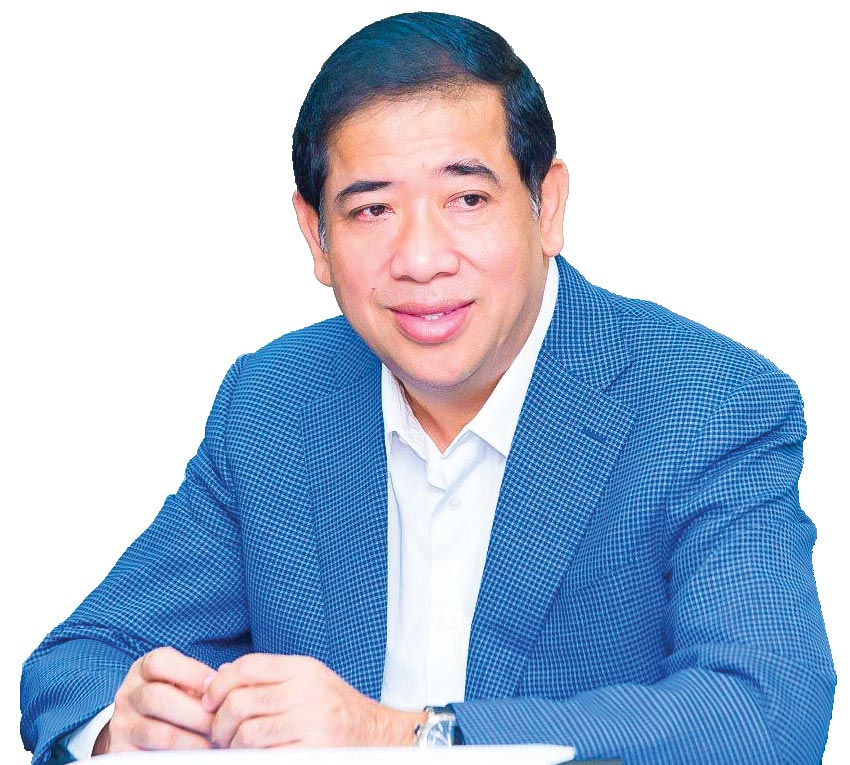 In the recent report titled `Enhancing Tax Administration Capacity’ released by General Department of Taxation, its director-general Kong Vibol states that internal tax collection plays an instrumental role in the mobilisation of the national revenue. In the past five years, Cambodia’s tax collection structure has gradually improved.

GDT’s contribution to the public financial management reform program aims at improving financial accountability. This includes amendments to tax regulations and introduction of new tax policies such as Prakas 986 on transfer pricing.

As a result, budget formulation and execution have improved through strengthened revenue collection, cash management and expenditure rationalisation. 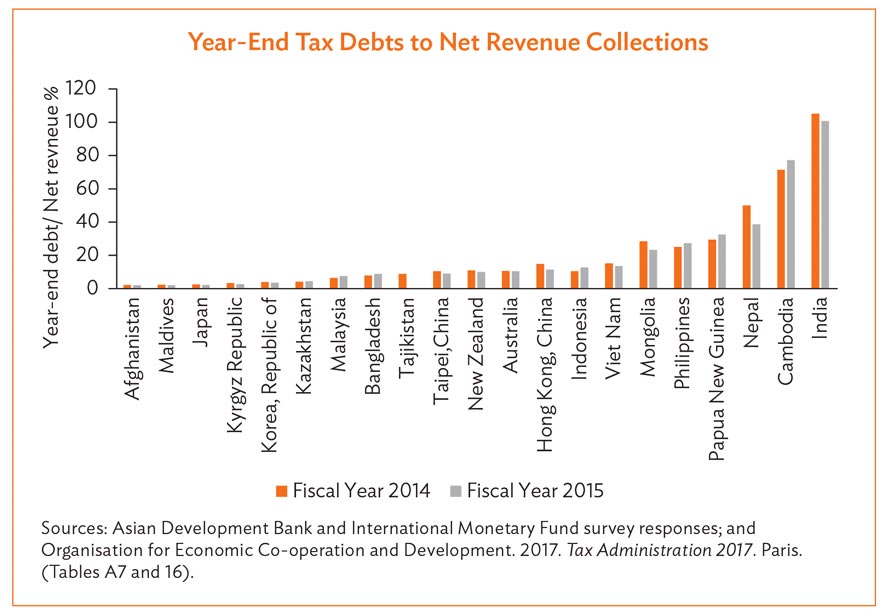 Between 2014 and 2018, GDT transformed its traditional paper-based system to information technology-based because of the top-down flow from in depth reforming policies. They include the Rectangular Strategy Phase III, Public Financial Management Reform Program, and Revenue Mobilisation Strategy (RMS).

“The actual collected tax revenue accounted for 4.44 percent of the gross domestic product in 2010, exceeding 1.12 percent over the planned revenue collection,” he says.

Vibol says improvements on tax auditing and management on the arrears of tax liabilities enabled GDT to reach an annual growth of almost 20 percent in revenue collection for the past five years.

Cambodia’s successful outcome was also a result of support and guidance by the government, local and international development partners, and stakeholders, as well as principles of good administration, effective leadership, management styles and meritocracy approaches.

With a promising growth rate, collection of internal tax revnue is expected to rise. So, it becomes an important revenue stream for the national budget while customs and excise administration focus on economic, safety and security fronts. This is because Cambodia needs to fulfill its Asean obligation of implementing the Asean Free Trade Area Agreement. 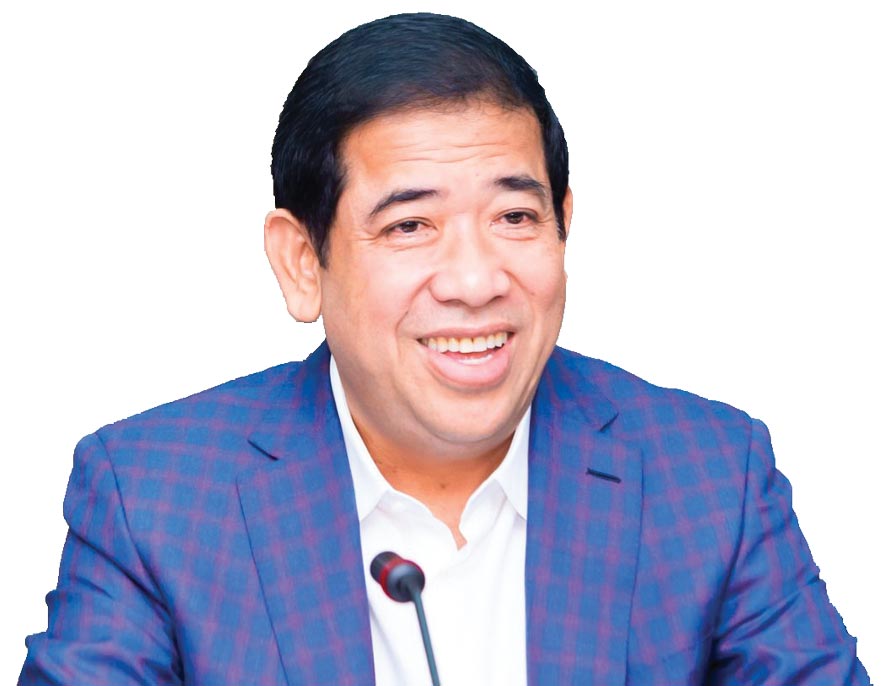 He noted that Cambodia is among five low-income and emerging economies in the world that achieved largest revenue gains after tax reform.

Akitoby wrote that the Kingdom’s comprehensive tax administration reforms took a more holistic approach to modernising tax institutions. It covered a broad spectrum of legal, technical and administrative measures such as management, governance and human resources, setting up of large taxpayer offices, smart use of information management systems, electronic filing and payment system, and enhanced audit and verification program.

This, considering that Cambodia is pushing to raise taxes while battling the task of formalising businesses that currently operate without proper accounts and income statements, nevermind tax declaration. 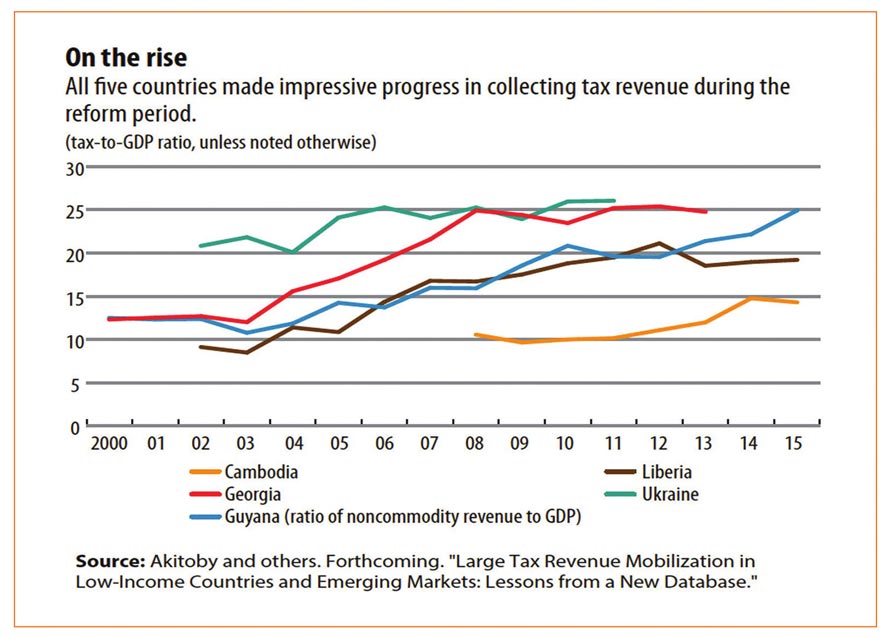 Asian Development Bank’s comparative analysis of tax administration in Asia and the Pacific 2018 revealed that Cambodia was among seven economies with consistent year-on-year growth in overall tax revenue collections in the five years up to 2015.

In that year alone, 76.7 percent or $326.03 million out of $1.29 billion total tax revenue was derived from goods and services or VAT while the remaining 23.3 percent came from taxes on income and profits.

In line with human resources, ADB reported that management enhancements, particularly staffing which was at extremely low levels, was identified by GDT as critical elements to improve tax administration.

In 2014 and 2015, Cambodia made significant injections of additional staff to expand its capacity to deliver basic tax administration operations. By the end of 2015, it had 1,684 staff.

Apart from that, GDT has organised and managed large taxpayers (comprising those with a turnover in excess of two billion riel ($494,000), foreign company branches and qualified investment projects) through its large taxpayer units (LTUs).

ADB says in 2015, the level of staff resources allocated for LTU administration was well over five percent of overall GDT body. Significant recruitment of new staff with academic qualifications rose to 70 percent in 2015 from 61 percent a year earlier.

Vibol says GDT’s strategic plan from now till 2023 involves building up the momentum of the current success for a greater outcome in a more sustainable manner. 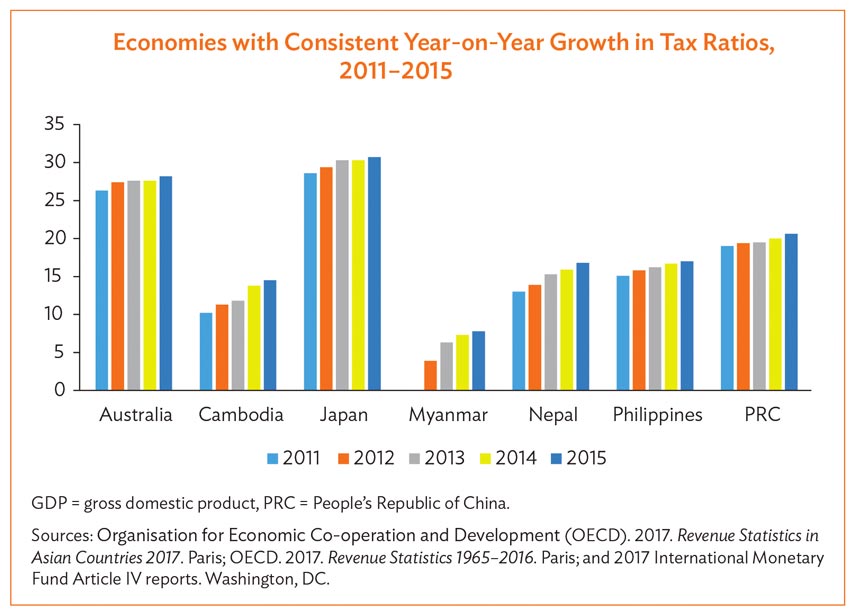 Three main strategic objectives stem from the plan. They consist of the promotion of voluntary compliance and minimising taxpayer burden, that tax laws are firmly and fairly enforced to ensure taxpayers perform their duty, and strengthen organisational structure and invest in workforce.

However, Akitoby says countries must give tax reform time to bear fruit, and that sustained success requires institutional change which happens only gradually.

He adds that although reform should be tailored to individual circumstances, three lessons stand out.

“Firstly, tax reform requires a broad social and political commitment. Then, it rests on broad-based strategies that recognise that `what’ and `whom’ to tax should go hand in hand with `how’ to tax. Finally, it should be developed with the longer view in mind,” he says.

Having said that, Vibol is confident that GDT will forge ahead to make new progress with support from the government and international partners.

“We will have ongoing strong support and close cooperation from all taxpayers and relevant stakeholders to ultimately achieve its long-term vision,” he adds.

Path ahead for SEZs still riddled with setbacks

Cambodia’s rising population both in rural and urban areas, particularly Phnom Penh, has led to growing concern over ever-increasing waste and demands for an urgent policy to tackle it.