The property sector has witnessed a significant growth over the years with investors and developers taking advantage of the opportunity and demand here.

However, developers still face the problem of securing loans for their projects as banks remain cautious of lending in the sector.

Often, complaints involve tedious application processes that are likely rejected by banks because of incomplete documentation including bad accounting and weak financial statements.

Lack of familiarity and knowledge

Director-general of the Department of Finance and Industry of the Ministry of Economy and Finance (MEF) Dr Mey Vann says lack of documentation hinders loan processing.

He alleges that companies tend not to disclose revenue data as they fear being imposed with higher tax.

“We want to apply international standards when processing loan applications but the issue of revenue declaration needs to be resolved first,” he says.

Hong opines that up to 90 percent of companies in Cambodia are not audited, which means vital financial papers are missing. 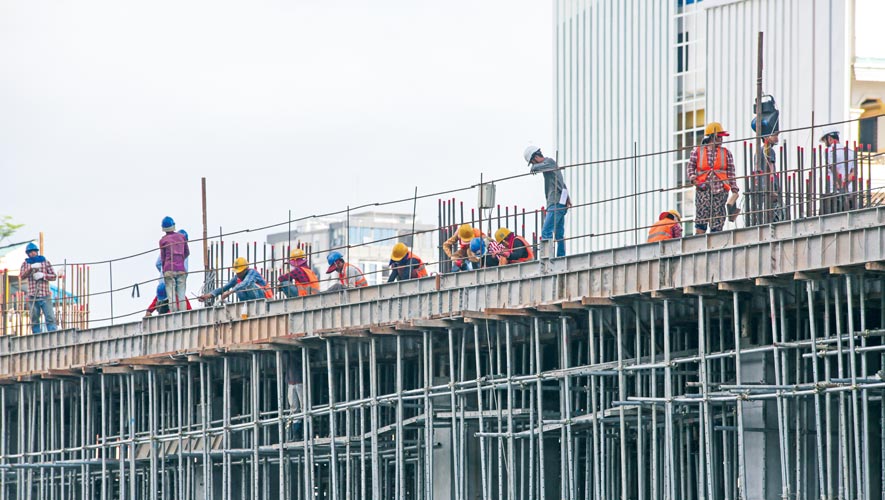 “We notice that some companies do not submit their financial profile, project details, feasibility studies, projected sales, and financial reports,” says Hong.

In addition, absence of licenses and certificates from the Land and Development Ministry and MEF, and lack of serious cooperation prolong the review process.

“It usually takes a month or six weeks for banks to process applications. However, this is only possible if everything is provided,” says Hong.

He adds that while smaller banks have shorter loan processing timeframes, bigger banks such as CIMB and other regional banks take longer due to their approval thresholds.

For instance, CIMB Cambodia, a subsidiary of Kuala Lumpur-listed CIMB Group Holdings Bhd, is required to discuss with its parent company on large development loans.

Most banks are allowed to provide loans of up to 20 percent of its capital, he says, adding that financial institutions with regional footprint have bigger capital and exposure which allows them to fund big projects.

“But during the processing period, developers are often asked to furnish their financial model. Without crucial documents, we have a hard time assessing developers’ loan servicing methods,” Hong states.

Having said that, there have been no serious cases of non-performing loans but late payments are still prevalent among developers.

It takes two to tango

Hong firmly believes that parties should work together including effective solutions by the government such as increased campaigns on financial literacy.

“Although we see positive changes, Cambodia has a long way to go in terms of development loan applications,” he says.

The Koreans once dominated the real estate headlines with billion dollar projects. Financial scandals almost saw them packing their bags out of town. Can they make a come back?