Credit to individuals grew three folds to 57 percent of gross domestic product of $24 billion last year from 2012 with economic growth and better living standards although it remained relatively low compared to regional countries.

National Bank of Cambodia (NBC), which noticed the continued overall credit rise over the years, called for ongoing monitoring to avoid excessive build-up of individual debt that could potentially have destabilising effects on the economy.

Speaking at the Financial Stability Review 2018 launch, NBC deputy director-general Khou Vuthy says credit to individuals at 55 percent last year was the highest because bank lendings require collaterals that are usually in the form of hard title of properties, belonging to individual names. The remaining 45 percent was made up of corporate businesses.

Credit to individuals consists of personal essentials and business purposes, which help promote both consumption and investment, he adds. 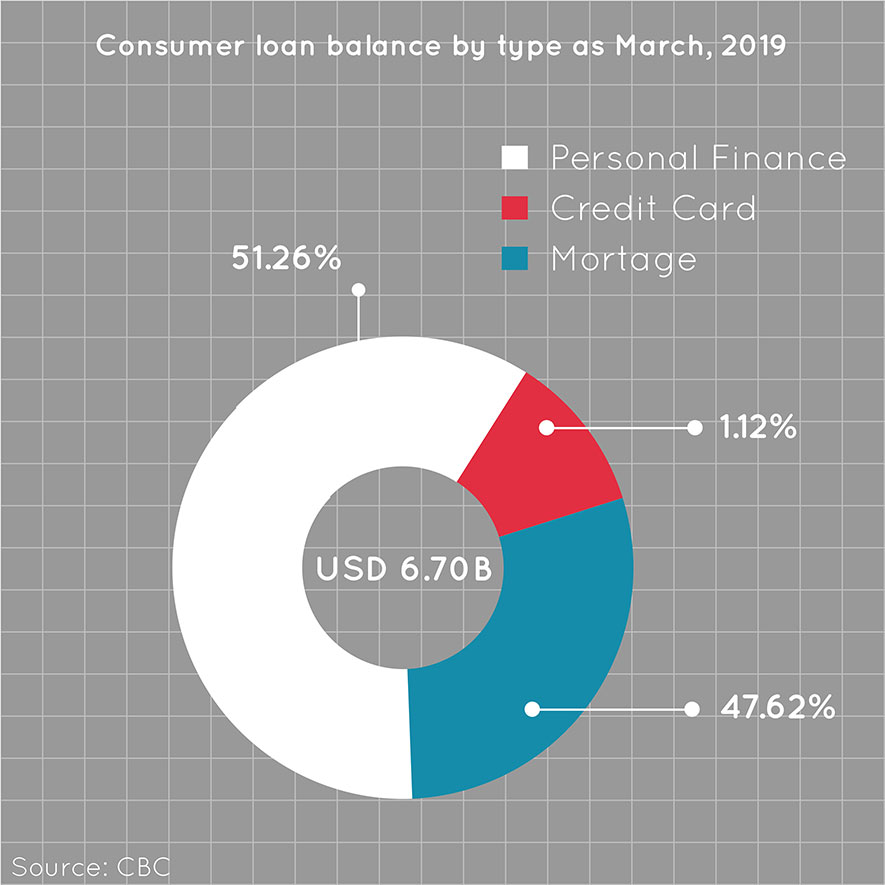 As of March 31, 2019 outstanding balance of consumer credit rose 7.45 percent quarter-on-quarter to $6.70 billion. Some 51.26 percent of consumer loan balance was made up of personal finance and 47.62 percent comprised mortgages.

CBC chief executive officer Oeur Sothearoath tells Capital Cambodia that the agency found that 3.1 million active borrowers made up a total loan portfolio of $22.80 billion (only consumer loans) as of March 31 this year. Microfinance and leasing companies represented 70 percent of active borrowers.

The information contained in 23 million credit reports generated between 2012 and March 31, 2019 was released in CBC’s impact study on the financial system, macroeconomy and society via the credit reporting system. The system enables lenders to expand access to creditworthy borrowers who have little or no previous credit history.

The report shows that non-performing loans recorded after 30 days went up slightly by 1.24 percent in 1Q19 from 1.18 percent in the fourth quarter last year.

However, Sothearoath says that loan performance remains good as most borrowers are timely payers.

Foreign investments do not only bring economic growth to Cambodia

How much damage is Trump’s tariffs doing to the Chinese economy?

Jasur Mavlyanov, 32, is from Uzbekistan and is the founder of Shanghai Silk Road International Trading Co Ltd, a startup dedicated to promoting business and trade.

Despite scope for the industrial sectors, more needs to be done to ease business requirements