The 15 participating countries of the Regional Comprehensive Economic Partnership (RCEP) are opening the door to India to reconsider its decision to pull out of negotiations for the trade agreement.

During the third RCEP summit in Bangkok earlier this month all participating countries, except India, concluded text-based negotiations.

They are now preparing to sign the agreement next year.

India, however, announced its decision to pull out of negotiations, claiming the agreement is no longer in line with its national interest and with the principles agreed by participating countries at the beginning of negotiations.

The regional free-trade agreement (FTA) agreement will, therefore, have only the 10 Asean member countries, plus China, Korea, Japan, Australia and New Zealand.

What will Asean member countries lose if India stands firm by its decision to forgo the massive trade agreement?

With India, the RCEP would cover roughly 30 percent of global gross domestic product (GDP) ($27.3 trillion) and half of the world’s population, making it the largest trade bloc on the planet.

Trade and investment flow between Asean and India was relatively low in the initial phase of the Asean-India dialogue partnership in 1992 and accelerated in subsequent years.

The RCEP will significantly boost the region’s future growth prospects and contribute positively to the global economy while serving as a supporting pillar to a strong multilateral trading system and promoting development in economies across the region.

The agreement is expected to stimulate growth in trade and deepen the economic  between the various parties.

Addressing the third RCEP Summit in Bangkok on Nov 4, Thailand, Indian Prime Minister Narendra Damodardas Modi said the present form of the agreement does not fully reflect the basic spirit and the agreed guiding principles of the original RCEP. It also does not satiszzzfactorily address India’s outstanding issues and concerns.

“When I measure the RCEP agreement with respect to the interests of all Indians, I do not get a positive answer. Therefore, neither the Talisman of Gandhi-ji [Mahatma Gandhi] nor my own conscience permits me to join RCEP,” says Modi.

He says that text will be prepared for regulation and completed during a meeting in Vietnam in 2020.

Sorasak says the current document and text-based negotiations do not include India but adds that the door is still open for the subcontinent to join. 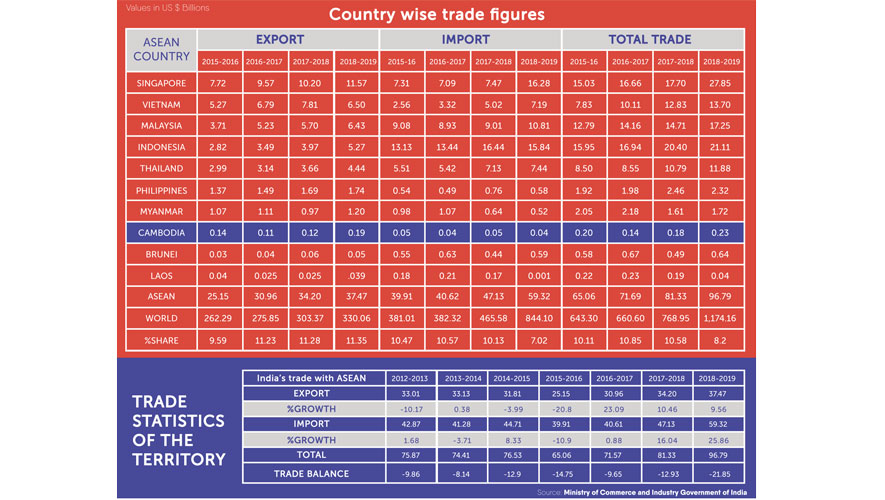 “Only 15 countries agreed on the text-based negotiations, everyone except India, but we are not worried. India can join us in the future if it wants,” Sorasak says.

“India is a big country, with a lot of big issues they need to take into consideration, so we are giving her time to solve them,” he says. “We can talk with India again next year,” Sorasak adds.

As things stand, the RCEP is due to be signed early next year in Vietnam, without India.

Even without the economic powerhouse in the mixture, Asean member countries will still benefit greatly from freer trade with the rest of the signatories: China, Japan, South Korea, New Zealand and Australia. India’s decision to refrain from joining the agreement is apparently driven by a long-standing fear of economic reform and its consequences on strong domestic vested interest groups, says Hinrich Foundation Research Fellow Stewart Paterson.

He says India is uncompetitive and its producers are likely to lose from free trade. However, the reforms required to improve competitiveness will remain elusive in the absence of the pressure trade would bring, Paterson explains.

“India’s absence diminishes the attractiveness of the agreement to those looking to exploit a large, under-penetrated market. Equally, for India – apparently always just one misstep away from a balance of payments crisis, and with a $105 billion trade deficit with the other RCEP participants – the status quo with an option to join later may be the right choice,” he adds.

Even if India had not pulled out of the agreement, China would be the hegemonic economy within a trading bloc that has the potential to transform into a single market. Without India, China’s $13 trillion economy represents about 55 percent of the total countries involved in the RCEP, Paterson notes.

He says the optimistic view is that the RCEP is a valiant attempt to promote intra-regional economic engagement within a framework of rules. However, he notes that the outcomes of implementing the agreement will ultimately determine whether history considers the RCEP to be a success or failure.

He says one such outcome could be that the RCEP helps bind a compliant China into a regional, rule-based trading system producing more equitable and deeper trade, preserving national autonomy and the diversity of value systems.

“If this is the case, RCEP could help promote growth through lowering trade frictions and therefore allocating regional resources more efficiently. It could encourage the development of regional supply-chains, stimulate innovation by protecting intellectual property and encourage regional trade in services and the digital economy,” he adds.

India pulling out of the RCEP is certainly a negative development for the deal, notes Jayant Menon, lead economist of the Asian Development Bank, but adds that even without India, the agreement would still be the largest free-trade agreement (FTA) in the world.

On the positive side, he says the prospects for finally concluding the RCEP expeditiously have increased, because it has been an open secret that India was a stumbling block on some issues, preventing its conclusion.

“There is a real chance that it can be signed in Vietnam next year. Even without India, a concluded RCEP would be a significant boost to the region, given the turbulence in the world trade environment,” says Menon.

In fact, it is India that will be the bigger loser by pulling out, Menon adds. He says that India has lost an opportunity to pursue reforms that would have allowed it to integrate further with the region, and increase its role in the regional supply chain.

“Hopefully India will reconsider its position and return, sooner rather than later, although it does look unlikely at this point,” Menon points out.

Cambodia Ministry of Commerce spokesperson Seang Thay says bilateral trade between India and Asean is large because of the subcontinent’s huge population. He says Asean and other RCEP participating countries will find a way to solve any issues and push forward with the agreement.

“If one of the 16 participating countries cannot join, they will sign the agreement with only 15,” he adds.

A problem with RCEP is the architecture of the tariff offer, the ADB’s Menon notes. The RCEP partners have made a single offer for all the Asean countries and towards all RCEP partners. This means that, in terms of market access, Cambodia would be treated like Singapore or Malaysia despite the clear disparity in terms of export capacity and level of development.

This element alone casts serious doubts over the value of the agreement in terms of market access for Cambodia, particularly when compared with previous agreements and less-developed country (LDC) arrangements that Cambodia benefits from, according to Menon. Despite this, Menon says the RCEP will allow Cambodia to participate more actively in the regional supply chain through investment facilitation measures and regulatory convergence, reducing the cost of  business.

India’s final decision will depend on the satisfactory resolution of these issues.

“India has significant outstanding issues, which remain unresolved,” the statement said. “We recalled our Joint Declaration on the Launch of Negotiations for the RCEP issued in Phnom Penh, Cambodia, in 2012, as well as the Guiding Principles and Objectives for Negotiating the RCEP that we endorsed, in which we committed to achieving a modern, comprehensive, high-quality and mutually beneficial economic partnership agreement.”

According to the statement, against the backdrop of a fast-changing global environment, the completion of the RCEP negotiations will demonstrate a collective commitment to an open trade and investment environment across the region. The agreement aims to expand and deepen regional value chains for the benefits of all businesses, including small and medium enterprises, as well as workers, producers, and consumers, it adds.

“We noted 15 RCEP Participating Countries have concluded text-based negotiations for all 20 chapters and essentially all their market access issue. Legal scrubbing is now being conducted to prepare for the signing in 2020,” the statement read.

Rise in other green options increase as replacement for hydroelectricity, coal in Kingdom

With concern about the possible spread of the potentially deadly COVID-19 may survive for days on banknotes, there are more calls for a cashless society.