When Korean-listed JB Financial Group Co Ltd acquired PPCBank in 2016 it had high ambitions. In South Korea, it was impeded by a mature financial sector with already entrenched players. The group looked to emerging markets for places to grow and expand.

This openness was one of the main appeals for JB Financial. It needed to be sure foreign investors could spread their roots in the country with confidence.

“One of the biggest obstacles when entering a new market is adapting to the culture of human resources. Here, we found the people to be very friendly to foreigners and foreign investors. The Cambodian culture is very flexible and accepting,” Shin says in an interview with Capital Cambodia.

At the tail end of the acquisition, JB Financial sent Shin to finalise the deal and begin the restructuring proceedings. The group needed someone with a diverse background that could handle a rapidly developing economy and financial sector filled with international commercial banks. 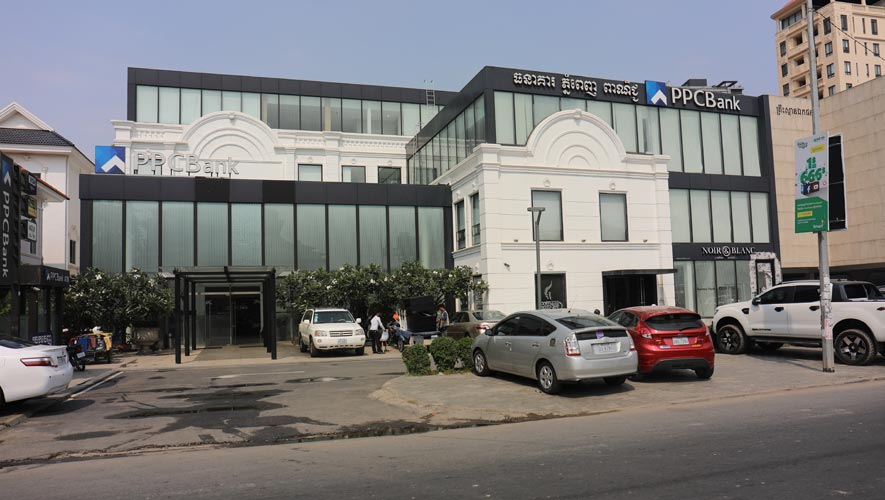 Shin grew up in South Korea and received his MBA from University of Iowa, US. He worked as a financial industry consultant at PricewaterhouseCoopers International Ltd and Arthur Andersen Ltd, and in investment banking before forming a private equity firm where he served as its chief executive officer. He later joined JB Financial.

The positive impact of the acquisition of PPCBank was felt early on following Shin’s restructuring plan in 2016 when it posted $2.7 million net profit.

“In 2017, net profit climbed to $10 million. We could do that because we found a lot of inefficiencies in the fund management at the time,” says Shin.

“We even invested in equities. I think we’re the only commercial bank that invested in public equities. We test the market and try to find the optimal portfolios. Not just loan portfolios. It’s not easy,” he says.

The bank increased the loan-to-deposit ratio up to 80 percent.

“We used to rely heavily on fixed deposits which paid high interests. So, our funding costs naturally went up,” he adds.

Over the years, the bank expanded its channels, both offline and online, and opened more branches, installed more automated teller machines, launched mobile banking and corporate online banking, and set up a 24/7 call centre along with live chat.

Recent research revealed that an average Cambodian finds banking complicated and inconvenient to use. PPCBank strives to play its role in educating the unbanked population that it is there for their financial convenience by implementing an omni channel strategy, making banking easy and convenient.

From PPCBank’s standpoint there is room for growth in the banking sector without any need for commercial banks to compete in a cut-throat manner.

The average seven percent gross domestic product (GDP) growth and a market where three fourths of the population is unbanked means the ceiling is high for the Kingdom’s banking sector.

“There’s much room to grow in the sector (and) we don’t have to compete head-to-head with other banks,” Shin says.

The growing middle class in the country will be the main engine of growth as the economy continues to mature. For banks, it is essential to tap into that section of the population if they want to stay sustainable in the long run.

“There’s a growing middle class (population) in Cambodia. It’s a positive sign when this segment grows as it would be very much in need of banking and financial services. The middle class and small medium enterprises (SMEs) are our major target,” Shin says. 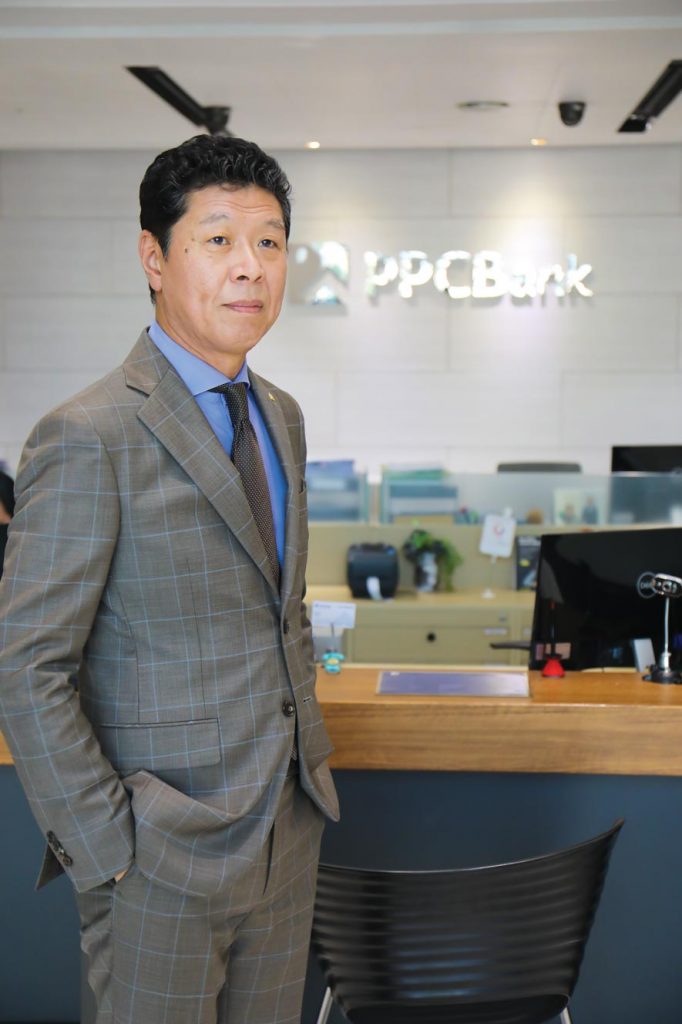 He believes SMEs and young people working on startups are underserved and neglected, the main reason being that most banks give out loans only if they are completely backed.

“Previously, SMEs were neglected by commercial banks because in Cambodia they provide loans based on full collaterals, and often SMEs don’t have much collateral on their hands. Expectations and requirements have a big gap. My goal is to close that gap,” he added.

For the past two years, PPCBank has been working on credit modeling programs that facilitate the loan process for SMEs which are just starting out and without much collateral.

In collaboration with BanhJi Pte Ltd, a Cambodian fintech company providing online accounting platform for micro SMEs, PPCBank is working on establishing a digital platform that will allow the sharing of cashflow data.

Part of the program involves going over SME balance sheets and considering business plans instead of looking at collaterals alone. Based on such data, SMEs will have easy access to credit despite not having collaterals.

“We look at how we can provide loans based on SME cash flow, their business model, invoices and or orders. We actually find this to be a safe way to secure loan repayments,” Shin adds.