Cambodia has experienced strong economic growth for the last two decades, at an annual rate of around 7 per cent. This has had made the once war-torn nation into one of the fastest-growing economies in the region. The Asian Development Bank retained its forecast of real gross domestic (GDP) growth for Cambodia of 7 per cent for this year.

The country has considered tourism, agriculture and garment sectors as the pillar sectors – driving the Kingdom’s economic development. However, things change rapidly and now  attention is being paid to the  boom in construction and the real estate industry over the last few years.

The dramatic growth in the industry, particularly in real estate, has resulted in a big contribution to the service sector, especially the rise in banking institutions in the country.

A recent report by the Asean Secretariat and the United Nations Conference on Trade and Development (Unctad), indicated that Cambodia is one of four Asean nations where the influx of foreign direct investment (FDI) reached record levels last year. The FDI flow inwards was dominated by the service and manufacturing sectors.

Its publication titled “The Asean Investment Report 2019” finds that FDI to Asean rose by 5 percent to a record $155 billion last year, making 2018 the third consecutive year of rising investment in the region. FDI flows increased in six member states, and in four of these – Cambodia, Indonesia, Singapore, and Vietnam – it did so at a record rate.

“Cambodia’s FDI flows at an all-time high, with growth concentrated in manufacturing and services,” the report says, noting that FDI in the Kingdom increased by 15 percent to $3 billion last year, the highest level ever recorded.

Services accounted for 79 percent of all FDI in the country, while manufacturing represented 12 percent. “FDI in garment manufacturing, the traditional major recipient, remained significant,” it said. 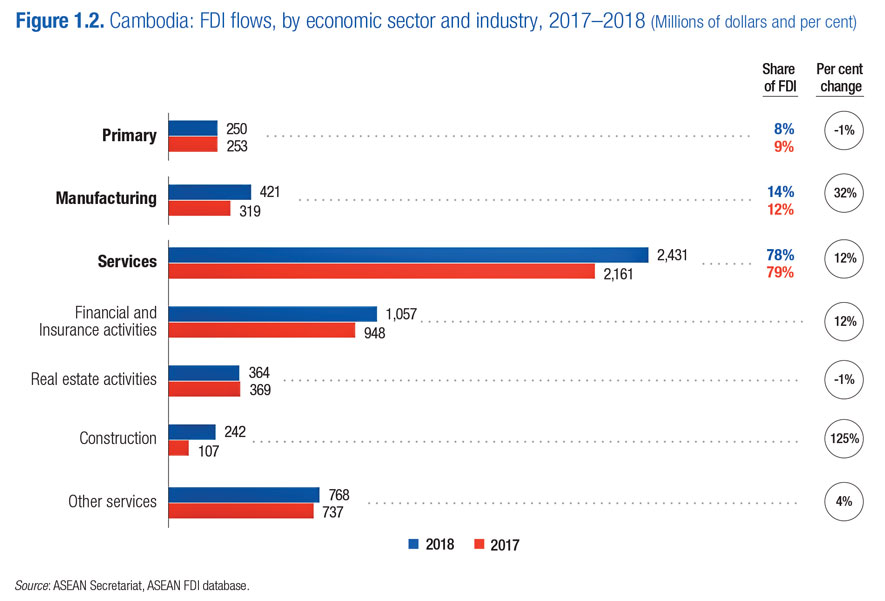 Loan and deposit growth in the Kingdom’s crowded financial sector remained high during the first half of the year, a result of sound macroeconomic management and political stability, the Central Bank said in its latest report.

He said the offer of financial services continues to expand in the country, creating more opportunities for people in urban and rural areas and improving their livelihoods.

So Phonnary, executive vice-president at Acleda Bank, says the 30 percent growth of mortgages is positive for the industry. She claims that opportunities for homeownership are expanding as incomes rise and the economy develops.

“We are seeing more growth in the mortgage industry. But, at the same time, we are always careful about development and we mitigate risks by balancing loans across many sectors.” According to her, Acleda’s housing loans, home improvement loans and real estate loans together hit $273 million at the end of June. This sum was held by 7,913 customers at that time. 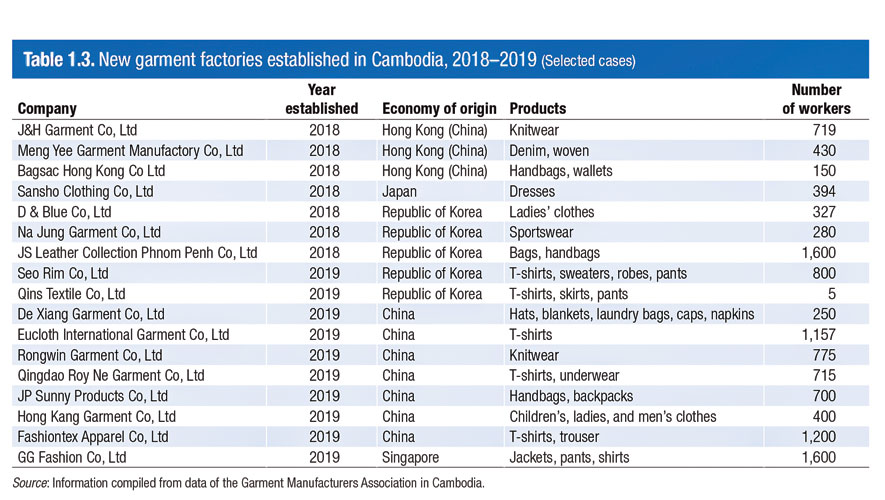 Insurance in its infancy

The insurance market is growing rapidly and playing a bigger role every year in the country’s economic development. “As a result, total gross premiums in the insurance industry have increased on average 35 percent a year for the last five years,” according to Mey Vann, director-general of the Ministry of Economy and Finance.

Huy Vatharo, chairman of the Insurance Association of Cambodia (IAC), says interest in insurance is growing rapidly in the Kingdom. This is the result of a growing middle class, macroeconomic stability and increasing awareness of the benefits of insurance among Cambodians.

“As the market grows, life insurance expands because it focuses on the needs of consumers and the products that enable people to save money and enjoy high returns,” he says, adding that the growth of the middle class and awareness of insurance will continue to boost the market in years to come.

The International Monetary Fund (IMF) puts the insurance sector’s contribution to Cambodia’s gross domestic product (GDP) of $24.5 billion at 0.8 percent. The life insurance segment contributed 0.3 percent of GDP last year. In that sense, industry players says there is plenty of room for growth and expected more insurance firms to enter the market in upcoming years.

Those companies are from Hong Kong, Japan, Singapore and China, with their products ranging from handbags, wallets, sportswear, T-shirt sand jackets – to name just a few.

This year, Shenzhou International Group Holdings (China), one of the major suppliers to Nike, began building a $150 million garment factory in Phnom Penh Special Economic Zone, slated to be completed in 2021. Ken Loo, secretary-general of the Garment Manufacturers Association in Cambodia, says the value of exports in the sector has continued to grow at about 10 percent for the past three years. Much credit goes to the growth in the travel goods sector. He further adds that growth in the footwear sector is also a major contributing factor. Growth in garment exports has been relatively stable and looks like it’s going to decline this year. “Our main concerns are still next year’s wage increase and the EBA (everything but arms trade) issue,” Mr Loo says.

Last year, garments and footwear exports were valued at $10 billion, up 24 per cent from $8 billion in 2017, according to NBC’s report.

Moeun Tola, executive director of the Centre for the Alliance of Labour and Human Rights, says the Kingdom would suffer without the EBA because it allows “golden opportunities” for Cambodian imports.

“The EBA helps us compete in the EU market. Without it, prices would severely increase, making penetrating the EU market more difficult for investors,” Mr Tola said. “The EBA helps by reducing base prices while saving about $700 million per year in taxes. The ones who would suffer are garment workers. Most of our garment workers took loans from microfinance institutions so, if they lost their jobs, they would be faced with trouble,” he added. The European Commission – the executive arm of the EU – has recently sent its preliminary report to the Cambodian government for further review and response on what it concluded after a nine-month review of Cambodia’s access to the EBA agreement on the back of democracy issues and alleged human rights deteriorations. The government has one month to respond and then the EU is scheduled to announce its final decision in February, revealing whether the status is retained or not.

In 2018, 45 percent of the Kingdom’s exports went to the bloc – mostly garments and other apparel. So if the EBA benefits are withdrawn, the World Bank has estimated the annual loss of export revenues at between $513 million and $654 million.

Frequently asked questions about the possible US presidential impeachment

A bear market is a decline of 20 percent or more over a sustained period and is certainly not the type of record anybody is keen to see get broken.

Cambodia Securities Exchange-listed Phnom Penh SEZ Plc is expected to see a 50 percent boost in non-land revenue by 2023 by shifting its business model to more service-based, and setting up its new special economic zone (SEZ) in Poipet.