This is an early stage index, neither bearish nor bullish

At a nascent stage and the smallest in the region, the market is a joint venture between the Ministry of Economic and Finance and Korean Exchange at a 55:45 ratio. Since its first listing, the index posted negative y-o-y growth as the pace of company listings averaged one per annum, only to make a shocking turn when it climbed 39.59 percent y-o-y on Dec 31, 2018. Net profit margin average came in at 14.58 percent. CSX features a Main Board to cater to large capital companies ($350 million), Growth Board for small to mid-size firms such as start-ups and small and medium enterprises, corporate bond market, a collective investment scheme, and a derivative market for contract for difference.

Nonetheless, the exchange remains unique, operating in isolation with little or no external headwinds affecting the index.

“This is an early stage index. It is neither bearish nor bullish. It is stabilising, step by step,” said CSX chief operating officer Ha Jong Weon in an interview with Capital Cambodia. He said while it is a challenge attracting more companies to list here, it is a bigger challenge to attract investors from Cambodia and overseas. “We don’t have enough investors because they feel our market is not very attractive.

Is it a chicken and egg situation?

With low trading accounts a year ago, CSX and the regulator launched awareness and financial literacy campaigns, targeting local investors.

A large number of Cambodians are cash-rich as data suggests some 70 percent remain unbanked. A running joke speaks of how this class of people would rather store their cash under the mattress instead of banking it or investing, untrusting of the institutions.

“There is no actual data but there is financing surplus in the local market. That is why banks and micro financial institutions turn their direction from seeking outside financing to local financing,” said Sok Dara, Securities and Exchange Commission of Cambodia (SSEC) deputy director-general.

Despite that, the CSX continues to lack liquidity, staving off interested investors although observers say this could change with more listings.

“Is this a chicken and egg situation? Yes it is. We are trying to break this vicious cycle by raising public awareness and understanding potential public-listed companies and public investors,” Dara said.

For Ha, an industry veteran with 26 years of experience with KRX and instrumental in the expansion of the SME board KOSDAQ, similar to New York’s NASDAQ, the argument is not compelling.

“If the government can bring forward some policies it can help solve all liquidity problems. Financial institutions are really good at what they do. I know the investors’ way of thinking. If they want to invest in the companies, that is not a problem. This is not a chicken and egg issue. The government has to lead the way to grow the Cambodian economy,” he said.

Having said that, apprehensions abound among smaller firms keen on raising funds via the market but are not willing to disclose financial information for fear of repercussions, noncompliance and tax evasion, transparency issue and ownership sharing, which roughly explains the void in the Growth Board.

As it is, policies implemented by the government such as minimum wage hikes, bi-monthly salaries, and seniority payments are apparently impacting the SMEs.

“Some medium-size companies are not clear about taxation. They are afraid if they list, they have to pay backdated tax from 10 years ago. Most evaded tax to survive the competition. It is a really big problem. Another reason is that some SMEs are family-owned businesses and they don’t want outsiders to intervene, while others have no ambition to expand,” he added.

Dara said some family businesses know the benefit of corporate governance because the market is becoming more competitive and in order to sustain on a long-term basis they would have to re-think their strategy.

“For large companies wanting to list, the corporate governance policy is already in place while it is at the final stage for SMEs. For unlisted companies, we are working with World Bank and Institute of Standards Cambodia to prepare the code for best practices,” he said. 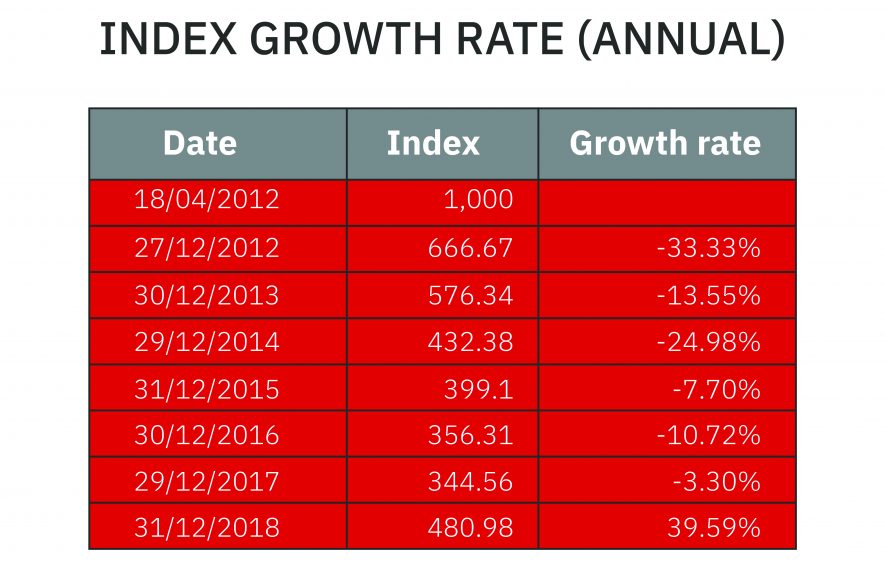 No attraction in riel IPOs

Perhaps another reason to the lagging interest in the Cambodian capital market is the requirement to issue IPOs in riel.

“Some foreign investors (such as HKL) are here for the long-term and they prefer local currency trading. However, we cannot say which is better because it is based on the interest on the market,” he said. But he notes that if bond issuers prefer the dollar, it is something his team is prepared to consider as it involves wealth distribution to Cambodians.

For Ha, CSX’s growth is with the entry of FIs, adding that a handful of commercial banks and MFIs are interested in issuing bonds.

He feels the government should draw up policies to support the exchange by urging good companies to list within three years of a solid financial foundation.

“I am targeting Cambodian FIs in order to support the Cambodian economy, and also grow their business. By going public, they can raise funds at zero cost through CSX that can in turn reduce high interest rates, so more people can borrow at a lower rate. There is a logical reason why the government should push for FIs to list,” he added.

SSEC’s Dara expects two IPOs comprising banking and micro finance institutions to list on the Mainboard in 2019. He declined to mention the exact names.

“It is slow but (we believe) an average of one listing per year is not bad. The listings are small because of the preparation that can take up to more than a year,” he said. Generally, however, he said banks in Cambodia are not keen on capital raising activities via the market.

“For them, there are pros and cons in finance seeking. The cost of financing is a main thing for them, so they try to seek cheaper financing. Also, banking institutions here have listed parent companies that can inject seed capital but if they do an IPO, they allow both foreign and local investors to invest and enjoy as shareholder and customers. It is a win-win situation,” he said.

Companies need an example from their sector to lead in order to encourage the others to list. This year, one of Cambodia’s leading bank Acleda Bank Plc’s 25 percent shareholder, ASA Plc, is expected to list its stake on the Growth Board.

The listing was initially slated for the fourth quarter of 2018 but is likely to happen in the first half of this year. ASA is the second largest shareholder in the bank with $89.6 million in share capital.

With the expected two new listings, Ha is of the view that the index would close the year around 600 points, a good sign for a market that is growing quietly in the shadows of its regional peers. CapCam

How South-East Asian investors could win in a trade war