With a new law looming on the horizon, the doors could soon be open for private investors to take on public projects in a more structured way. From stimulating growth to innovating much-needed infrastructure projects, public private partnerships (PPPs) could, if governed effectively, stimulate economic growth, crowd in foreign investors, and create jobs as private companies take over the construction and operation of public infrastructure projects.

Nobody doubts the need for such work. The power outages of spring this year were a harrowing reminder of Cambodia’s infrastructure woes, but on a positive note, a wake-up call that seems to have spurred the government to send their best and brightest to address these faults. 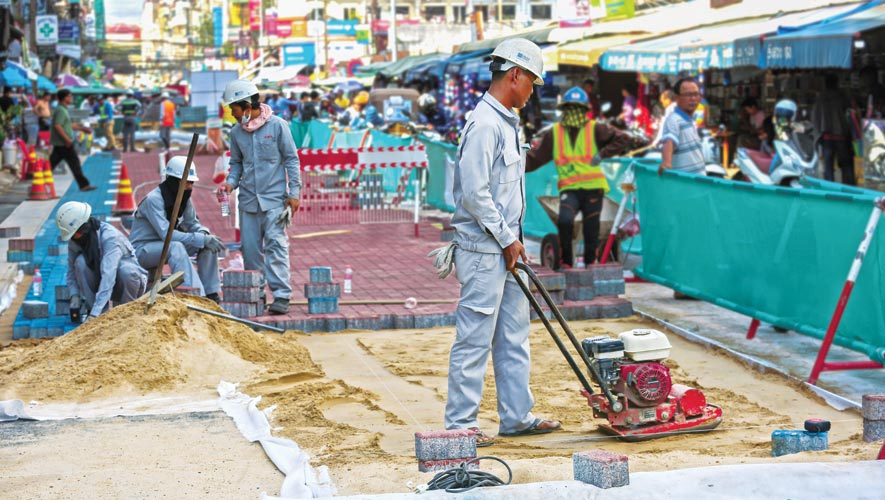 “It involves different levels of asset development,” says Sam Vongsy, head of Central Public-Private Partnerships Unit, Ministry of Economy and Finance (MEF) at the second consultation workshop on the PPP law draft. “Whether it is a new construction, the rehabilitation of or modification to existing assets or even if it is simply to change the operations without any changes to the asset itself, this law is flexible enough to cover that,” he adds.

The legislation is rather outdated and with more ambitious forms of PPPs remaining outside the coverage of the 2007 Law on Concessions, investors were left unsure over how to proceed with various public projects. PPPs in their multitudinous forms offer up a range of opportunities for both the government and private investors but the beating heart of any PPP project remains public.

“There has to be some sort of purpose and benefit for the public (as) these projects are for the public but we’re using the private sector to do a lot of those activities to provide to the public,” Vongsy says.

With PPPs, the Kingdom is able to see a greater influx of foreign investment but more crucially, a flurry of large-scale public service and infrastructure development that simply would not be possible without private finance. “It provides more structure, and hence improved transparency, for a wide range of high value investment projects,” American Chamber of Commerce member Joseph Lovell tells Capital Cambodia via email.

Lovell, a lawyer by profession, says that investors would find this development in Cambodia attractive and investment-worthy.

“Professional investors, including strategic corporate investors, who do due diligence on the ground feel that the state of current affairs is stable and business-friendly with continuing robust economic growth,” he adds.

It was a sentiment echoed by many guests of last week’s workshop on the draft law, which was modestly attended by delegates from the business, legal and policymaking communities, most of whom were content to see Cambodia adopt a more structured approach to using private sector money for public good.

However, DeeWee Management Consultants David Van, who agreed upon the need for regulation, questioned the efficiency of creating a new law.

“Though I understand the government wishes to have some regulatory framework to regulate such PPPs – primarily on infrastructure investments – I would have thought it would have been easier to simply come up with some sublets to insert into the new Investment Law,” he says.

The law, if passed, would bring Cambodia further into the international community as it has sought guidance from the Asian Development Bank (ADB) which provided expert consultation under a technical assistance grant.

The risk of pitfalls

The draft law has also run the gauntlet of Cambodia’s own government and come out smiling on the other side. With an exhaustive policy paper that sets out a strategy and guide of best practices for PPPs within the context of Cambodia, the law has been scrutinised and reviewed repeatedly. This is of course no bad thing but it does raise questions.

PPPs around the world have an unfortunate tendency to suffer from a lack of both internal and external transparency. Typically, governments, whose mandate to govern is divined from the will of the people, are easier to hold to account than their private sector or that appears to be the lesson learned from various international case studies. But despite Cambodia adopting a legislation that meets international standards, the risks of private influence in public infrastructure are universal.

One such issue was raised by Dr Chheng Kimlong of the Asian Vision Institue – an independent think-tank focused on economic and policy development in Cambodia.

“I think the problem is perhaps large scale investment projects,” contests Kimlong, “Sometimes, after completion, the project is not used and it becomes a white elephant project in which the government has invested. We have had smaller projects, road construction usually, where the government can force them [private companies] to do the maintenance and if they fail, then the government takes over the project.”

Dr Kimlong remains sceptical as to whether the same safeguard would be in place for larger public infrastructure projects, especially those requiring specialist labour forces. Private companies invariably want to get their hands on juicy government contracts and governments, often in the interest of public financing, want private sector investments, so PPP projects become hotly contested, with the government reviewing bids from potential private partners. The notion being that the company best placed to fulfil the specifications of the project being selected. 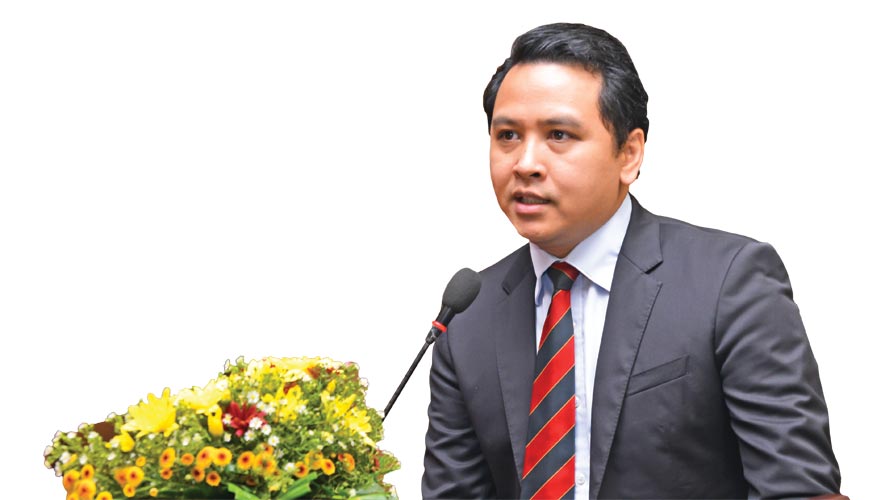 This, however, is not always the case. The threat of monopolisation lurks beneath the surface of PPPs, as governments are often forced to consider the potential risks they can afford to bear in the partnership. As such, private partners willing to shoulder all of the risk are seen as more desirable, given the lack of public spending on the line.

Speaking on the condition of anonymity, a legal expert from the foreign business community raised concerns about articles within the law that could, theoretically, lead to less competition. The expert says that the law in its current form is so broad.

“This is dangerous because if there is a company, an overseas company perhaps, that is willing to take on responsibilities for all the debts, then they will be in a very strong position. If certain companies are too willing to take on the risk, then it could lead to all the projects being monopolised by those companies,” the expert adds.

This potential is of course nothing new and certainly not unique to Cambodia but allows for foreign companies to own vast swathes of public infrastructure based not on their ability to provide quality services for the Cambodian public, but on their risk-taking capabilities instead. The soft power this could afford Chinese companies should not be underestimated. Chinese investments in Cambodia have already forced Prime Minister Hun Sen to issue a statement proclaiming that the country was not falling into a Chinese debt-trap, “For Cambodia, we maintain our sovereignty in borrowing, we borrowed according to the projects we need, and China respects our decision.”

Dr Kimlong disagrees that Chinese companies will be keen to explore projects under the new law.

Flexibility is a naturally desirable trait in any law, especially one that must accommodate the nuanced models of PPPs. Having said that, it is a double-edged sword and one the Cambodian government would do well not to fall on. The right to select private partners via direct negotiation instead of competitive bidding has been dubbed “problematic” by a legal expert who pointed out that it gave the government the opportunity to design projects with private companies in mind. While this may not inherently breed corruption or cronyism, the door is certainly open through this law. It should be noted that Cambodia is ranked 161 out of 180 on Transparency International’s Corruption Perceptions Index. 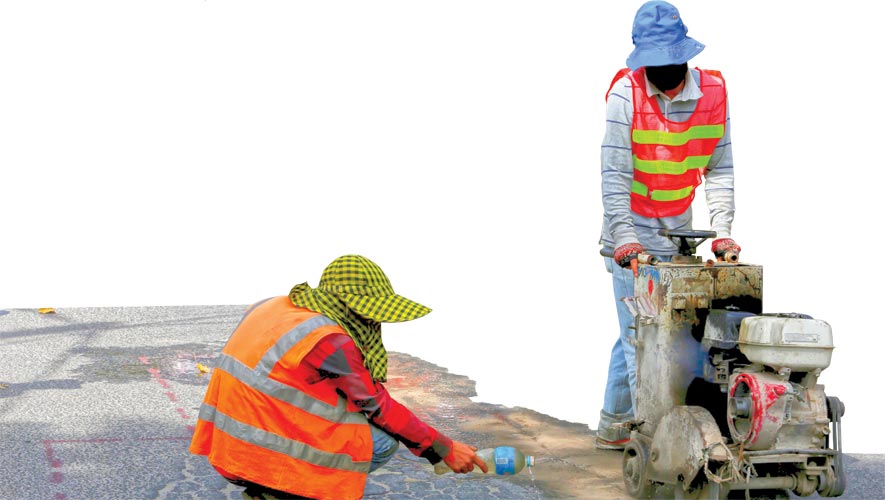 “They have to have competitive bidding,” says Dr Kimlong, “Not just giving the projects to companies who are closely affiliated with the ministries.”

Hope for the future

Vongsy says the ministry have taken measur-es to ensure that the new law complies fully with current laws. “As I have explained, the standard operating procedures that set out the regulations and guidelines on project selection, feasibility, appraisal, procurement, implementation, contract management, government support mechanisms, and risk management framework will be issued under a sub-decree after the enactment of the law,” he says.

Vongsy affirms that as a legal framework, the sub-decrees and the contracts offered for PPP projects would provide ensure better case-by-case coverage. This is to help support the implementation of the law, which should not go into too much detail but rather establish the overall framework for PPP projects.

Ultimately, the need for innovative approaches to public infrastructure development far outweighs the potential pitfalls of PPPs in Cambodia, a notion that everyone contacted agreed with and so despite the highly flexible law, there is real impetus from the government to get the very best out of private sector finance and expertise.

A smart Phnom Penh starts with fixing the sidewalks

Fear of taxation, and poor bookkeeping practices could spell doom for family-owned enterprises as Cambodia moves up the value chain

Cambodia is currently experiencing a growth in construction industry like no other time in the Kingdom’s modern history.